Do not worry if you run out of the healthiest oil in the kitchen because here is a list of some of the best grapeseed oil substitutes.

This oil can also be substituted for grapeseed oil when making mayonnaise due to its emulsifying properties. The lite variety of olive oil is as flavorless as the grapeseed oil. 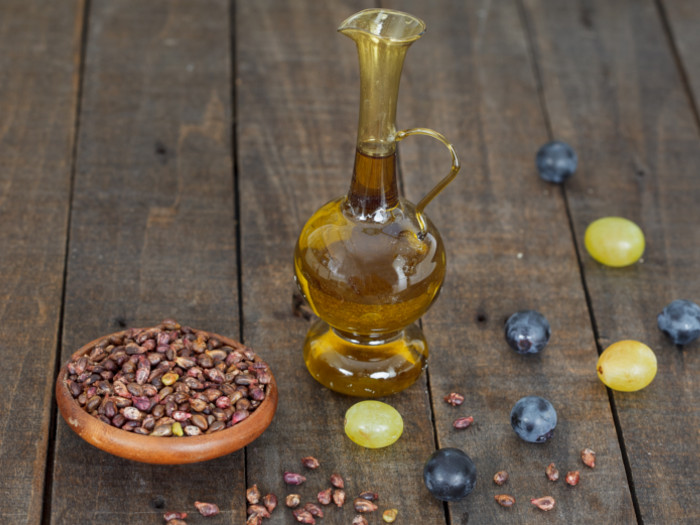 Grapeseed oil is a light oil and can be substituted with olive oil. Photo Credit: Shutterstock

This oil is a good alternative for grapeseed oil when baking. Canola oil is cheaper and its fat composition is similar to grapeseed oil. However, beware of its side effects on brain health. You can read more about this in Canola Oil Vs Olive Oil: Which Is Healthier. [1]

Substitute grapeseed oil with refined coconut oil, if you want an odorless and flavorless alternative. For deep frying, remember, it is the unrefined variety that has a high smoke point.

Corn oil is a less expensive and healthy substitute for grapeseed oil. It can be used for cooking and frying both.

Sesame oil is a good alternative to grapeseed oil when making Chinese or Malay cuisine. However, use it sparingly as it has a pungent taste and aroma.

The neutral flavor of sunflower oil makes it a good grapeseed oil alternative. It can be used for deep-frying foods like French fries and meats.

Grapeseed oil can also be substituted with the following for salad dressings: