Some of the most interesting health benefits of cattail include its ability to reduce pain, speed wound healing, prevent infections, and slow bleeding.

Although you’ve probably seen cattails growing on the edges of lakes and marshes, you’ve likely never known that it can be a very valuable addition to your diet, as it provides a wealth of unique nutrients and medicinal properties, many of which have been relied on for hundreds of years. With the scientific name Typha, this unassuming species of flowering plants may be overlooked by most people, and might also be known by many names, including bulrush, reedmace, raupo, or corn dog grass, but almost every variant of the species shares similar physical properties, and medicinal uses. [1]

These plants have been eaten for thousands of years in Europe, and were extremely valuable in the pioneer days of America, when the medicinal applications of the plant saved thousands of lives. Although most people aren’t even aware that this plant can be eaten, the rhizomes of the cattail can be consumed, as well as the leaf bases and the sheath.

At different times in the growth period, every part of a cattail can be eaten in some way. While we don’t suggest going out and eating the next cattail you see, you can find certain cattail products, including flour, in specialty health stores in some parts of the world. Now, let’s take a closer look at the health benefits of cattail. 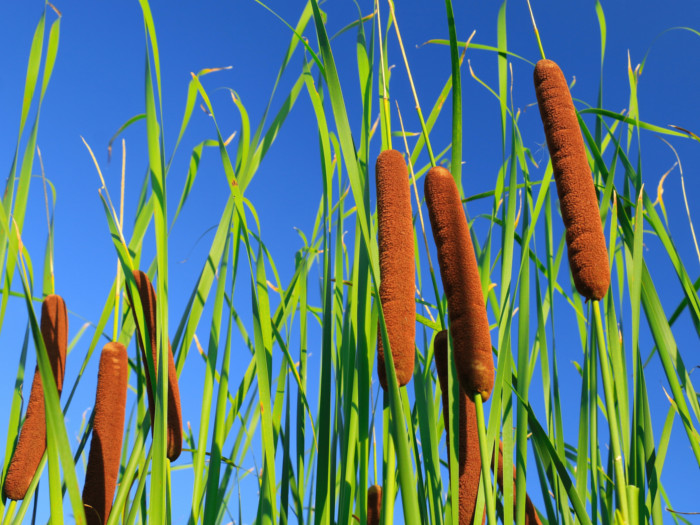 Use of cattail provides many benefits such as relief from inflammation and heal boils and sores. It also prevents conditions such as anemia.

One of the most important health benefits of cattail is its natural antiseptic property, which has come in handy for various cultures for generations. The jelly-like substance that you can find between young leaves can be used on wounds and other areas of the body where foreign agents, pathogens, or microbes might do damage in order to protect our system. This same jelly from the cattail plant is known as a powerful analgesic and can be ingested or applied topically to relieve pain and inflammation. [3]

Various parts of the cattail have coagulant properties, meaning that they slow down the flow of blood and prevent anemia. This can be effective if you’re wounded, but also if you suffer from heavy menstrual bleeding, as it can lessen the severity. This can potentially be dangerous for people who already have relatively slow circulation, as it effectively slows down the blood, while simultaneously stimulating coagulant response in the skin. [4]

The wealth of nutrients and organic compounds found in cattails contributes to its effect on the skin, particularly its ability to heal boils, sores, and reduce the appearance of scars. For insect bites, cattail jelly can be applied topically, but the flour also has anti-inflammatory potential that can help to reduce the pain and severity of those affected areas. [5]

If you are the foraging type and want to use cattails from the wild, be sure that the water you’re harvesting the plants from is not stagnant or polluted, as cattails are known to detoxify water, largely by taking those harmful compounds in, which can be very dangerous if consumed. If you don’t know what you’re doing in terms of cattail harvesting, better leave it to the professionals and get the guaranteed products safely at a store. [6]

Rate this article
Average rating 4.1 out of 5.0 based on 68 user(s).
Read This Next:
Popular Articles