Top 5 Benefits of Balm of Gilead

Some of the most impressive health benefits of Balm of Gilead may include its ability to reduce inflammation, soothe the skin, protect the immune system, eliminates pain, speeds healing, soothe the stomach, and detoxify the body.

Although the term balm of Gilead traditionally refers to a perfume, it might also have been widely used throughout history for a number of health conditions, as it might have rather powerful antioxidant, anti-inflammatory, antiseptic, and diuretic properties, amongst others. It is derived from a species of Arabian shrub bearing the scientific name Commiphora gileadensis. The plant bleeds or leaks the Balm of Gilead, where it can be collected, processed, and applied for a number of purposes. As it is an Arabian shrub that also may have been present in parts of Egypt, its use might have been dated back thousands of years. As one of the oldest and most respected herbal remedies, it may remain an important remedy for many herbalists across the world. [1]

This medicinal oil may have dozens of common names depending on the region of the world you find yourself in, and there is also some question of which plants the oil actually comes from, as there are many similar varieties throughout the Middle East and mediterranean region. Regardless of source or specificities, Balm of Gilead might have been shown to contain many important volatile constituents that can have a number of important effects on the body. Now, let’s take a closer look at some of the health benefits of Balm of Gilead. [2] 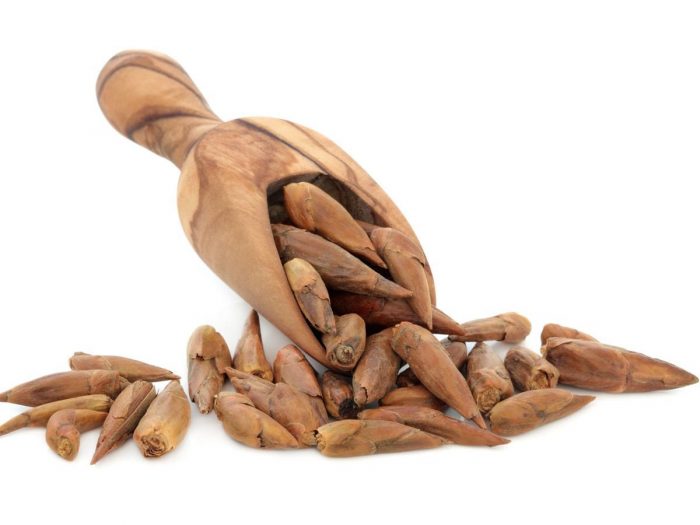 Balm of gilead is a perfume which may be used for medicinal purposes. Photo Credit: Shutterstock

Health Benefits of Balm of Gilead

One of the most common applications for Balm of Gilead might be as a topical ointment on inflamed areas of the skin. For example, it might act in a similar way to aloe when applied to sunburn, as it can quickly suck out the heat and itchiness due to the antioxidant and anti-inflammatory compounds found within this powerful oil. Similarly, when it is applied to areas affected by arthritis, it can reduce inflammation, might effectively eliminating pain as well. [3]

Aside from effects like soothing sunburn, the antibacterial properties of Balm of Gilead also mean that it might quickly clear up skin infections or irritations, such as eczema, psoriasis, and even eliminating the appearance of scars and blemishes. For insect bites, it can be rubbed on the affected area for rapid healing and pain relief. This analgesic quality of Balm of Gilead can be used on the temples and neck as well, if you suffer from headaches or migraines. [4]

When you are ill, you can apply Balm of Gilead to your chest in the form of a warm rub before you go to sleep. This might help to clear up coughs and colds, both by absorbing into the skin and being inhaled as your skin naturally heats the oil. The expectorant nature of Balm of Gilead may help expel mucus and phlegm, which speeds the healing process. [5]

For men with enlarged prostates, urination can be a painful or even impossible endeavor. Fortunately, Balm of Gilead might have certain diuretic qualities, that when combined with its anti-inflammatory ability, can help stimulate urination. This might help the body expel excess toxins, salts, fats, and even water that the body doesn’t need to retain, increasing overall health and reducing strain on the bladder and kidneys. [6]

If you have ever suffered from chronic diarrhea or IBS, Balm of Gilead may have been known to reduce these often violent disorders of the stomach, as well as conditions like cystitis. While the exact chemical pathways may not be clear in the gastrointestinal effects of Balm of Gilead, generations of evidence speak for themselves. [7]

Although most of the uses for Balm of Gilead might include topical use, rather than internal consumption, when it is properly prepared, it may be consumed for various internal effects, some of which were outlined above. However, it is important for the preparations to be made by a trained herbalist, as improper amounts can cause severe stomach upset. Furthermore, some people may experience a rash or irritation on the skin when topically applying it, and pregnant/breastfeeding women should avoid using it, as its effects on infants might not have been adequately studied.

Rate this article
Average rating 4.1 out of 5.0 based on 100 user(s).
Read This Next:
Popular Articles