Brahmi (Bacopa monnieri) is a creeping, perennial herb has been praised in Ayurvedic and traditional medicines across the world for generations. You may know it by another name such as water hyssop or herb of grace, but brahmi is the most common name. It’s difficult to pinpoint an exact native for this wetland-growing herb and most experts agree that it has been growing wild in all six majorly inhabited continents for hundreds of thousands of years. Unlike many other herbs, brahmi has a range of unique health effects that have made it so desirable and cherished by global cultures. [1]

There are certain valuable alkaloids and triterpene saponins found in brahmi that have strong effects on the body, in addition to many other organic compounds and volatile constituents. It is commonly used fresh as a salad ingredient, but the herb can also be dried and ground and used with other herbs. The flavor is relatively mild, but the real reason for using brahmi is for the impact that it has on human health. 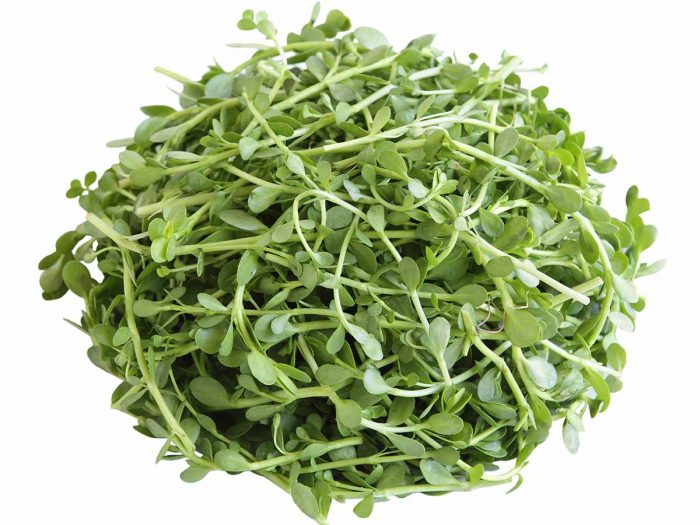 Let’s take a closer look at the unique health benefits of this amazing Ayurvedic herb.

One of the most prized benefits of brahmi is its ability to stimulate the mind, particularly in terms of memory and concentration. It has long been used in Ayurvedic medicine to increase focus and retention. Some of the organic compounds in brahmi stimulate cognitive pathways in the brain to boost cognitive ability, according to a study by Devendra, Patel Saurabh Shankar et al., 2018 (Journal of Pharmacognosy and Phytochemistry). [2] [3]

Brahmi has the ability to reduce the onset of cognitive disorders such as dementia and Alzheimer’s disease (International Journal of Life Sciences Scientific Research, 2016). Research has shown it to be an effective way of stimulating the creation of new neural pathways and lowering oxidative stress in the brain, which keeps our minds sharp well into our old age. In a study titled “Exploring the role of Brahmi in brain function and therapy” by National Institute of Mental Health and Neuroscience, India, it is suggested that the plant has neuroprotective properties and has therapeutic potential for people suffering from memory loss. [4] [5]

The leaves of the brahmi plant can be chewed (only 2-3 at a time) in order to relieve stress and anxiety. The active ingredients in this herb can affect hormonal balance in the body and positively impact the balance of stress hormones in our body, thereby inducing a calm, relaxed state in a natural way, avoiding the side effects of traditional pharmaceutical options for stress and anxiety relief. [6]

When the leaves of the brahmi plant are rubbed topically on affected parts of the body, the compounds released can reduce swelling and eliminate irritation, as well as inflammation inside the body as well. This is ideal for people suffering from arthritis, gout, and other inflammatory conditions. [7]

The antioxidants contained in brahmi are essential for promoting a healthy lifestyle. According to the National Cancer Institute, antioxidants can eliminate free radicals, the dangerous byproducts of cellular metabolism that can cause cells to undergo apoptosis (cell death) or mutate into cancerous cells. These free radicals affect everything from our skin to our cardiovascular system, so a regular dose of brahmi in a daily or weekly diet can help maintain a high quality of life and a healthy metabolism. Antioxidants may also prevent certain types of cancer; research is ongoing into the direct pathways that the medicinal herb’s components take to prevent or slow the spread of cancer. However, more scientific evidence and studies are required to support this claim. There is one particularly dangerous toxin, called acrylamide, which brahmi has specifically shown resistance to; acrylamide is connected to neurodegenerative diseases, so this can add to this herb’s list of benefits as well! [8] [9]

When brahmi is brewed in a tea or chewed as normal leaves, it can boost your respiratory health. It has been used in Ayurvedic medicine for treating bronchitis, congestion, chest colds, and blocked sinuses. It can clear out excess phlegm and mucus and relieve the inflammation in the throat and respiratory tracts to provide you with rapid relief. [10]

When consumed in any form, tea, leaves, or otherwise, brahmi can give the immune system a necessary boost. The nutrients are supplemented by the antioxidant compounds to increase the response time of our immune system against pathogens, viruses or bacterial infection. [11]

The leaves of brahmi have been used as a treatment for epilepsy for thousands of years. This is thought to be due to the effect the herb has on neural pathways. It helps to prevent epileptic seizures, as well as other forms of mental disease, including bipolar disorder and neuralgia. [12]

If you want to speed up wound healing and disinfect the skin at the same time, spread brahmi juice or oil on the affected area. It can reduce the appearance of scarring and leave you with smooth, healthy skin enriched with its natural essential oils. [13]

In a 2015 research study based on a rat model published in the Journal of Chemical and Pharmaceutical Research, brahmi has been linked to regulating blood sugar levels as it has an antihyperglycemic effect. When diabetic rats were administered with 500 mg of brahmi for 30 days, a significant reduction was seen in their sugar levels. So depending on the type of your diabetes condition, it may be able to help improve your symptoms of hypoglycemia and allow you to live a normal, healthy life. [14]

Brahmi is a sedative and soothing herb, as well as anti-inflammatory and may help in providing relief from gastrointestinal conditions such as ulcers, etc. [15]

Note on Dosage: Therapeutic doses of Brahmi are not associated with any known side effects, and Bacopa has been used safely in Ayurvedic medicine for several hundred years. Traditional daily doses of Bacopa are 5- 10 g of non-standardized powder, 8-16 mL of infusion, and 30 mL daily of syrup (Brahmi).

Word of Caution: Long-term use of any herbal supplement is usually discouraged and brahmi is no exception. Regular use for more than 12 weeks is discouraged, so it should only be used when you need it to alleviate a certain symptom or illness. Also, due to its effects on the respiratory system, urinary tract system, cardiovascular system, and blood sugar levels, you should consult a doctor if you suffer from asthma, urinary tract infections, a reduced heart rate or hyperglycemia. Other than those concerns, this herb is not considered to be a naturally allergenic food.

Rate this article
Average rating 3.9 out of 5.0 based on 730 user(s).
Read This Next:
Popular Articles