Some of the home remedies for Meniere’s Disease include a low-sodium diet, maintain glucose levels with equal amounts of protein and carbohydrates, drink plenty of water, avoid inflammatory foods, avoid sugar substitutes and highly processed foods like MSG, avoid caffeine and nicotine, reduce stress as much as possible, and avoid allergens.

Home Remedies for Meniere’s Disease are as follows:

This is the most common recommendation from doctors, because the salt balance in the body is an important part of inflammation, which is a major contributor to the onset of a Meniere’s attack. An increase of fluid retention in the body can be eliminated by lowering salt intake. [1] 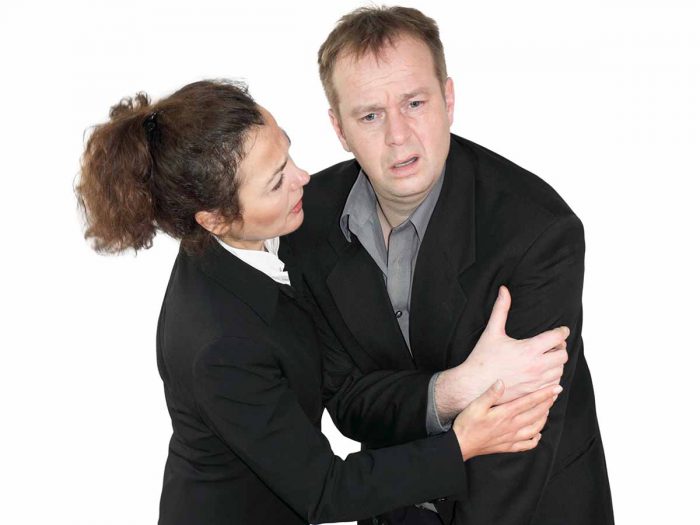 Dizziness is a term used to describe a range of sensations, such as feeling faint, woozy, weak or unsteady. Photo Credit: Shutterstock

Although Meniere’s is characterized by too much fluid in the inner ear, the cause could very well be a virus, bacteria, or pathogen in the system. Drinking plenty of fluids helps to keep the water balance in your body even by removing excess salts through urination, and clearing out any toxins as well. It doesn’t seem like it makes sense, but it helps! [3]

Any foods that are taxing on the digestive system or can cause inflammation or irritation throughout the body, including foods which mimic allergenic substances, should be avoided. This sort of inflammation can spark the onset of a Meniere’s attack, so mild foods are probably a better choice for you! [4]

Both sugar substitutes (like aspartame) and MSG (a salt substitute) have been closely connected to the symptoms of Meniere’s disease. It is difficult to avoid these substances in the overly processed food market, but with some effort, you can reduce your chances of an unexpected attack of dizziness or hearing loss! [5]

These are both stimulating substances, which can intensify the symptoms. For example, caffeine and nicotine can both extend the duration of hearing loss, increase the severity of the vertigo, or make the ringing of the ears even louder. They should be avoided entirely, if possible. [6]

It has been found that stress and anxiety, particularly the release of stress hormones, triggers the bouts of Meniere’s symptoms. Therefore, professional treatment for chronic stress may be one option for you, or to engage in relaxing techniques like yoga or meditation. Also, reading literature on stress management can also be a good way to avoid this sometimes unavoidable trigger for Meniere’s symptoms. [7]

A Word of Caution

Many people suffer from the symptoms of Meniere’s, but might not have the disease itself. Self-diagnosis is never the correct course of action. If you begin to suffer from symptoms like these, be sure to see a doctor as soon as possible, as it could be a sign of a much more serious condition.

Rate this article
Average rating 4.2 out of 5.0 based on 139 user(s).
Read This Next:
Popular Articles