Hoodia Gordonii is a popular appetite suppressant but is it safe? Let’s explore what it is, its available forms, its uses, and why it is so popular so that before you try some Hoodia product, you are well aware of all the information. It is always safer to be informed.

What is Hoodia Gordonii?

It is a succulent, fleshy cactus-like plant of the Asclepiad family, which is an original inhabitant of the Kalahari desert in Africa. Among its many varieties, Hoodia Gordonii is the most popular because its extracts suppress hunger and effectively help reduce weight and fat percentage. It is available on the market in many forms, including pills, capsules, juice, complexes, chews, diet supplements, and even lollipops.

Unprocessed Hoodia may show some side effects such as dry mouth and liver problems. Once growing naturally and abundantly in Africa, wild Hoodia Gordonii has now become a rare sight there because of overexploitation, due to the discovery of its appetite-suppressing properties. Many think that it is a variety of cactus, but all plants with spongy and fleshy leaves that bear thorns are not cacti. 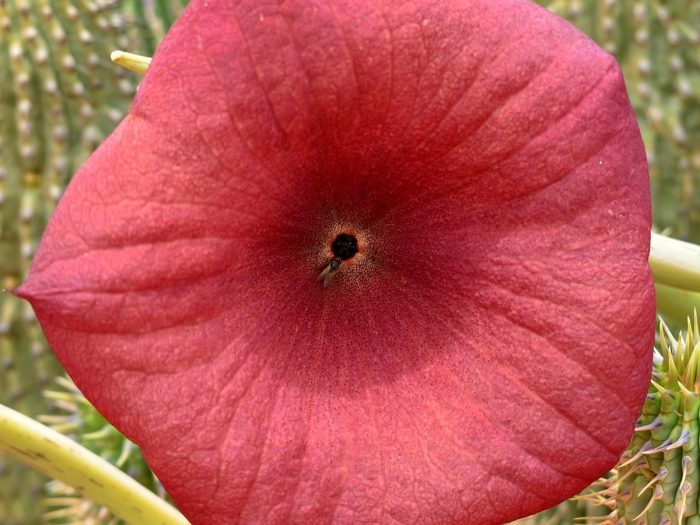 Hoodia’s Availability in the Market

Most of the Hoodia available in the market is not the natural African Gordonii Hoodia, but rather the commercially grown Hoodia from other parts of the world. Does that make any difference? Apparently not! Because their properties remain almost the same, except in the commercially grown ones, you may find some traces of artificial fertilizers. If you don’t want that, make sure that you buy genuine African Hoodia Gordonii.

Hoodia as an Appetite Suppressant

Hoodia is today’s answer for the millions across the world who want to shed some pounds off their bodies and look slimmer. How does it do this? The chemical composition of the plant resembles that of glucose or acts as pseudo-glucose, but is far more powerful than glucose in its glucose-like behavior. They send the brain chemical signals that the stomach is full and that the body does not want any more food. When absorbed in the body, the body thinks that it has consumed some very high-energy giving food (which is not so) and gives the brain a chemical message with that information. The brain, in turn, immediately rings the body, giving instructions to stop eating. This kills the appetite and the body is kept unfed so it uses its own stores of fat to meet its energy requirements. What is the result? No energy consumed under the facade of high-energy food. What about the body’s fat store? It is burnt, thereby helping you lose weight.

Due to its overwhelming demand, many companies and laboratories came up with pills, capsules, supplements, and other products that contain hoodia Gordonii. Let’s learn more about these products and their benefits.

Hoodia tea is taking the world by storm these days as one of the most dependable and favored hoodia-based products. It really works fast and no adverse effects have been seen thus far. It is a shredded and dried form of the Hoodia plant that can be consumed like tea by brewing it in warm water. Most of the hoodia teas available in the market are seldom pure since they come as blends of hoodia with green tea and other herbs.

These supplements are the dietary supplements that mainly contain hoodia, along with other ingredients, and are used for losing weight. These supplements, because of their hoodia content, give the feeling of a full stomach and thus result in a loss of appetite. This, in turn, results in a lower intake of food, lower energy intake, utilization of the fat stored in the body and the subsequent loss of weight. Unlike many other weight-loss diet supplements, it is safer (studies are still going on to explore possibilities of threats to the liver) in the sense that it does not contain artificial stimulants.

First of all, it is nothing like some inferiority/superiority complex growing in you for not using or using hoodia. Hoodia complex is a medical preparation or composition that includes Hoodia along with other herbs and is meant to suppress your hunger or appetite while also revitalizing you by contributing some antioxidants to your body. Apart from hoodia extract, it contains some vitamins, a few minerals, extracts of ingredients like green tea, St. John’s wort, cocoa seeds, garcinia fruit, Gymnema leaf and components like sorbitol and stearic acid. The composition of hoodia complex may vary according to the manufacturers and the above ingredients should not be considered as strictly standard, although they more or less remain the same.

Have you ever thought of licking a lollipop all the time and still losing weight? I assume that many of you haven’t unless you have heard of hoodia pops! They are lollipops containing hoodia extract with some other herbal extracts, which are flavored and sweetened artificially. These hoodia pops have become very popular with celebrities these days, not merely because they help lose weight, but rather due to the fact that they are handy, state of the art, and new. These pops help you lose weight in two ways. First, they help you lose weight due to the presence of hoodia in them that kills your appetite and second, they keep your mouth engaged so you aren’t thinking about eating. Having an oral fixation can often lead to overeating.

Hoodia is in high demand across the world because it is really helping people out with losing weight. Because of this, Delmar Laboratories, Nutralab Inc. came up with a product range named Hoodia Gordonii Dex, more precisely, Hoodia Dex-L10. A whole range of dietary supplements that function as appetite suppressants are sold under this series name. These products include Hoodia Dex-L10 Basic Diet Pills, Hoodia Dex-L10 Complete (a mixture of hoodia with some herbs) and Hoodia Dex-L10 Gordonii Soft Chews, the latest product released. As the name suggests, the chief ingredient of these products is the extract of the plant hoodia gordonii, a succulent plant of the Asclepiad family, which is native to the Kalahari desert of Africa and is known for its appetite-suppressing properties.

Hoodia 57 is yet another hoodia Gordonii-based appetite suppressant drug. It is one of the latest entries in the world of hoodia-based drugs and is believed to be the most powerful among them, as well as the safest. Hoodia is otherwise very safe except for dry mouth in some cases where you feel thirsty (you cannot call this adverse since it is doesn’t harm the body; it actually stimulates you to drink water, which is good). Also, some studies have shown some effects on the liver. Hoodia 57 overcomes even that. No wonder that it is one of the most popular weight-loss drugs among the celebrities and stars that gives them that dream size – zero.

Side Effects of Hoodia Gordonii

Almost ninety percent of Hoodia Gordonii users are of the belief that it has no side effects at all on the body, which is true to some extent, but not absolutely. There are two reasons behind this. The first one is that its side effects do not show up or are not detected quickly, unlike caffeine in green tea and other stimulants found in other appetite suppressants. Second, even if some people know about it, they tend to ignore it and are just overwhelmed by the weight-reducing effects of hoodia.

But let me tell you, it does have side effects. The most common is a sticky, dry mouth, followed by some suspected damage to the liver in the long run and lastly, the risk of seriously depriving the body of energy. These side effects are due to some of its constituents, which are difficult to remove while processing. Still, since hoodia products are herbal and most of its preparations do not contain harmful synthetic chemicals or stimulants, they are safer than most of the weight loss drugs available in the market that put stress on the heart and metabolism.

Conclusion: Hoodia Gordonii may be one of the most effective natural products for weight loss, but it is not totally safe. So, indiscriminate and very long-term use should be avoided. Furthermore, one should not depend completely on it for losing weight; rather, you should use them in accordance with daily exercise and workouts. So, use it with caution and only when you truly feel that you need it!