Lithium orotate isn’t the most common supplement and is typically only recommended for certain conditions or deficiencies, but it does have certain benefits for your overall health.

What is Lithium Orotate?

Lithium orotate is a compound derived from lithium that can be bought over the counter in most pharmacies and stores. It is a salt, composed of lithium, an alkali metal, and orotic acid, which is also produced naturally in the body.

While lithium and lithium carbonate are approved medications for a variety of disorders, lithium orotate is marketed as a dietary supplement and is therefore not approved by the FDA for any medical treatment. However, proponents claim that it has some of the same neuroprotective effects as regular lithium, despite the doses being much lower. They also claim that it easily passes through the blood-brain barrier, much more so than other lithium forms. [1]

Lithium orotate is primarily used for mood stabilization, the treatment of psychiatric disorders, and some physical ailments. When taking lithium, it is important to be careful about dosage, as too much lithium can be toxic. 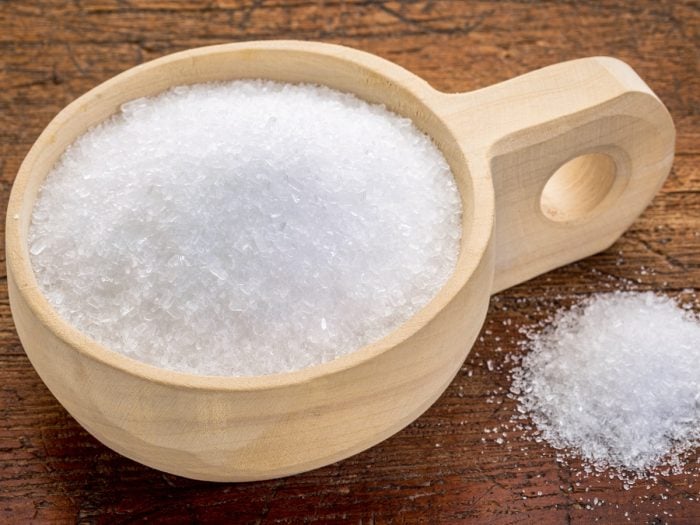 Lithium orotate is a salt of orotic acid and lithium. Photo Credit: Shutterstock

Lithium orotate has the ability to potentially improve cognitive function, enhance mood, and increase bone strength. It has also been known to be used to manage depression, mental health issues, and alcoholism. Let us look at the benefits in detail.

Lithium has been found to help encourage the growth of new neurons, and prevent damage to existing ones from stress-induced cortisol. It was found to stimulate neurogenesis in animals with Down’s Syndrome, and strengthens the signals between neurons, helping boost communication between different parts of the brain. Lithium also helps increase N-acetyl aspartate (NAA), which has been linked to higher IQ scores and is a neuroprotective amino acid. [2]

Lithium has a long history of being used to calm down mania and is still prescribed to patients suffering from schizophrenia and bipolar. Lithium carbonate has been used for manic depressives, and to reduce violence in ADHD patients. Lithium orotate is a much lower dose of lithium than prescription lithium but is taken as a supplement to help alleviate ADHD and depressive symptoms. In a study published in the Journal of Affective Disorders and conducted by Dr. Linda Franchini et al., lithium orotate was one of the potential outpatient treatments for mood disorders. [4]

It is sometimes referred to as the ‘anti-suicide’ supplement. Part of lithium’s calming effect is the increase of CKK it causes, which is a gut hormone released when digesting fatty foods that contribute to the neural mechanism of mania, although the connection is still being researched. Another effect of lithium is that it can help regulate your circadian rhythm, the internal clock that tells us naturally when to sleep and when to wake up. It is thought that this may also help bipolar sufferers, as people diagnosed with bipolar disorder often have very short circadian rhythms.

Lithium has many different applications in psychiatry, from depression [5] to ADHD and obsessive-compulsive disorder. It increases sensitivity to serotonin, which is part of its antidepressant effectiveness. Lithium may also help regulate dopamine levels in the brain, which can help people diagnosed with obsessive-compulsive disorder, or who have gambling addictions.

People with anorexia and other eating disorders have also had some success with lithium supplementation.

Lithium orotate is a popular supplement for people going through withdrawal [6]or those who are recovering from alcoholism. Furthermore, people using lithium report far less frequency of relapse in the first 18 months after quitting.

Small doses of lithium orotate may actually help you live longer. Lithium improves mitochondrial function, increasing cellular energy output and encouraging damaged mitochondria to be recycled. Higher lithium amounts in drinking water have been linked to longer lifespans versus people who have lower lithium levels, and studies on roundworms have shown promising [8] correlations.

Lithium stimulates a process called autophagy, wherein cells recycle themselves and reuse the raw materials. This can be considered helpful [9]when it comes to neurodegenerative diseases like Alzheimer’s and Parkinson’s, as recycling damaged proteins can stimulate healthy cell growth. In animal studies, lithium prevented nerve cell death in subjects with Huntington’s Disease and reduced excessive NMDA receptor function. It has also been shown to reduce the symptoms of Tourette’s, and reduce involuntary spastic body tics.

Lithium orotate is thought to be an effective help for cluster and migraine headaches. It is being studied for its power to stimulate white blood cell production in people with autoimmune diseases. Taking lithium orotate with calcium may help treat symptoms of hepatitis. Finally, while it remains unverified scientifically, many people believe that low levels of lithium can also reduce epileptic seizures.

Side Effects of Lithium Orotate

There are many side effects that people experience when taking lithium, although lithium orotate contains much lower doses than prescribed lithium. Slight lithium toxicity, from small doses, can manifest as tremors, weakness, fatigue, headaches, vomiting, and diarrhea. Mid-level lithium poisoning can manifest as confusion, twitching, and problems speaking.

Severe toxicity can result in coma, seizures, kidney damage, and even death. Lithium may interfere with thyroid function, inhibit the absorption of magnesium by the body, and can cause intestinal irritation. It is not recommended for anyone with kidney or liver issues, Crohn’s disease, or any woman pregnant or nursing. Considering the uncertainty regarding dosage and overall safety of lithium supplements, it is best to speak with a doctor before using this compound, particularly if you are already on any prescribed medications.

Rate this article
Average rating 3.9 out of 5.0 based on 13 user(s).
Read This Next:
Popular Articles