Mezcal vs Tequila: What’s the Difference

The debate over mezcal vs tequila has been fought in bars across the world for a very long time. The two Mexican spirits share an intriguing history and a much-loved cultural role. But mezcal is often confused with its more famous offshoot, the tequila. Even people who know that they are not the same are usually confused about what makes them different. Let’s learn more about what makes each unique.

Although both are made from the agave plant, mezcal, and tequila are distinct Mexican spirits with different production methods and flavors.

What are Mezcal and Tequila?

Mezcal and tequila are both distilled alcoholic spirits made from agave plants. Both originate from Mexico and are an intrinsic part of the national culture. Legally tequila and mezcal can only be made in Mexico. Mezcal does not have the same legal protections, but we’ve never heard of mezcal produced outside Mexico. They both share the same history where the Spanish conquistadors refined the local spirit of Mexico. These were largely the similarities. Now for the differences:

According to the book “Divided Spirits: Tequila, Mezcal, and the Politics of Production” by Sarah Bowen, tequila is a spirit that can only be made from blue agave, whereas Mezcal is a spirit made from any type of agave. In other words, tequila is actually just a type of mezcal. Mezcal is to tequila what rectangles are to squares! [1] 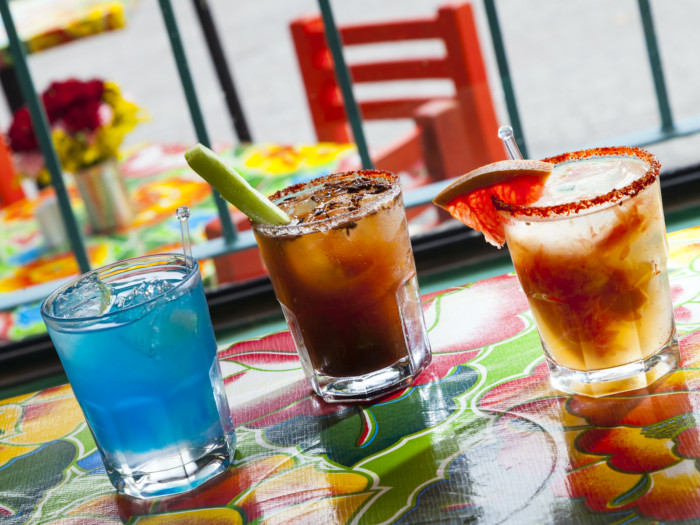 The real difference between the mezcal vs tequila lies in their production. For both spirits, the heart of the agave plant known as ‘piña’ is crushed to extract its liquid.

Mezcal: It is produced by small artisanal producers. It is a labor-intensive process that requires hard physical work. It is still hand-crafted, where the flavors are carefully nurtured over years of the agave plant’s growth. It is also why mezcal is usually more expensive.

Tequila: It is made by large corporations with all the modern techniques of distillation and alcohol production.

Alcohol by volume (ABV) is the standard measure of alcohol content in any beverage, expressed as a percentage. Tequila and Mezcal have the same ABV range, from 38 percent to 55 percent. Given the high alcohol content, both are typically served in small quantities. A standard serving is 1.5 ounces [3]

Adverse Risks of Alcohol Consumption: Alcohol consumption can cause severe short term and long term health risks, if not done in moderation. Risks range from violent behavior, injuries, and an increased risk to overall health due to chronic diseases. According to The 2015-2020 Dietary Guidelines for Americans, if alcohol is consumed, it should be done in moderation. The guidelines define moderate drinking as up to 1 drink per day for women and up to 2 drinks per day for men, which applies to adults of legal drinking age. However, different countries have different legal guidelines on alcohol consumption. [5] [6]