You will almost certainly find that organic tomatoes fetch 10 – 30 percent higher of a price than conventional tomatoes do. This is a big incentive for any farmer to switch to organic farming of tomatoes. You might be surprised to know this, but tomatoes are one of the highest pesticide-sprayed vegetables in the world. Hence, growing organic tomatoes gives farmers the satisfaction of knowing that they are not using harmful chemicals that are damaging the environment to grow their crops. 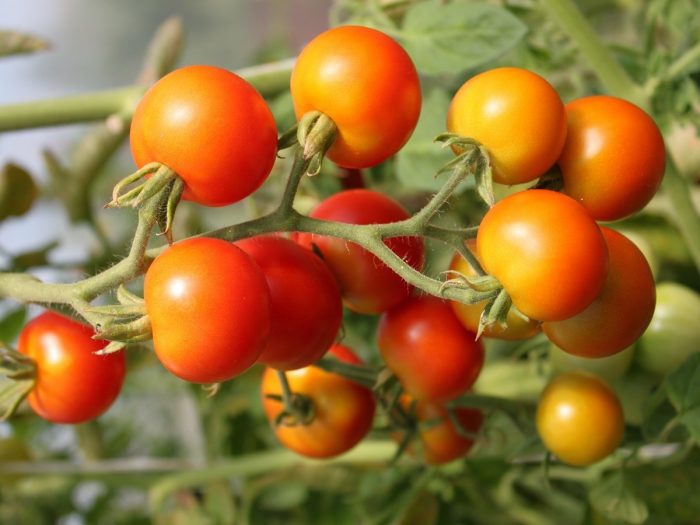 How to Grow Organic Tomatoes

Variety of Tomatoes: If you are a farmer intending to sell the tomatoes, then your variety selection should be governed by the market demand. However, if you want to grow it for your own consumption, then the nutritional value of the tomatoes becomes more important. You should also take into consideration the resistance to diseases offered by various varieties of tomatoes. Finally, you don’t want a tomato that has high nutritional value but easily succumbs to natural diseases. Suitability to the climatic conditions and the production technique should also be considered. Thus, the type of seeds you select for your organic tomato crop is very important.

Soil Fertility: Maintain a fertile soil by regularly adding organic matter to it. If you have been practicing organic farming on your land for many years, then your soil has good nutrient content. Just ensure that you are rotating tomatoes with legumes once every few years so that the soil remains rich in nitrogen. You can also add compost, barnyard manure, and poultry litter to further enrich the soil. 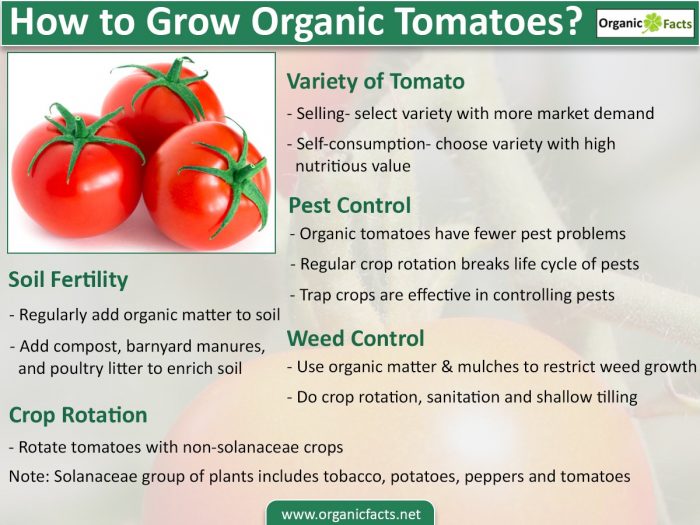 Grow tomatoes in your own backyard. Photo Credit: Shutterstock

Pest Control: It has been observed that organic tomato plants have fewer pest and insect problems than conventional chemically grown tomato plants. Moreover, if you practice proper crop rotation, the life cycle of insects and pests is broken, so you have a smaller pest menace. Trap crops are also effective in controlling pests. An example of a trap crop is sweet corn. Sweet corn attracts tomato fruit worms and thus protects your tomato crop when inter-planted with it. Wouldn’t it be a good idea to grow three to four plants of sweet corn in your home garden to keep the tomato plants safe from the fruit worm?

Weed Control: Weeds are a big nuisance as they take up the nutrients in the soil and can also harbor insects and diseases that can harm your crop of tomatoes. These weeds start growing four to five weeks after transplanting the tomato saplings. Therefore, focus on extensive weed control during this period and don’t let the weeds grow in significant numbers. Organic weed control can be achieved by using organic matter and mulches, as these restrict weed growth. Crop rotation, sanitation, and shallow tilling can also help in controlling the spread of weeds.