Choosing a parenting style can be a challenging decision, and your style will likely evolve over time as you become used to your new role in life. However, it is good to be aware of the different parenting styles out there, including authoritative, neglectful, permissive and authoritarian, and discover which approach best suits your individual situation.

Every child is unique, which means that the job of every parent is an unpredictable and individual task. While general advice about parenting styles and approaches can be helpful, it is important to always consider your personal needs and situation, your personality, and the effects that you want to have on your child. Parenting can be hugely rewarding, intensely frustrating, joyous, and exhausting – and it never ends, even after they’ve grown up. However, the parenting style that you choose for your family at an early age can have lasting effects on a child’s emotional, intellectual, physical and psychological development. Therefore, the style with which you choose to parents must be chosen carefully. Modern psychologists have reached a consensus on the four primary styles of parenting, narrowing it down to four categories – authoritative, neglectful (uninvolved), permissive and authoritarian. [1] 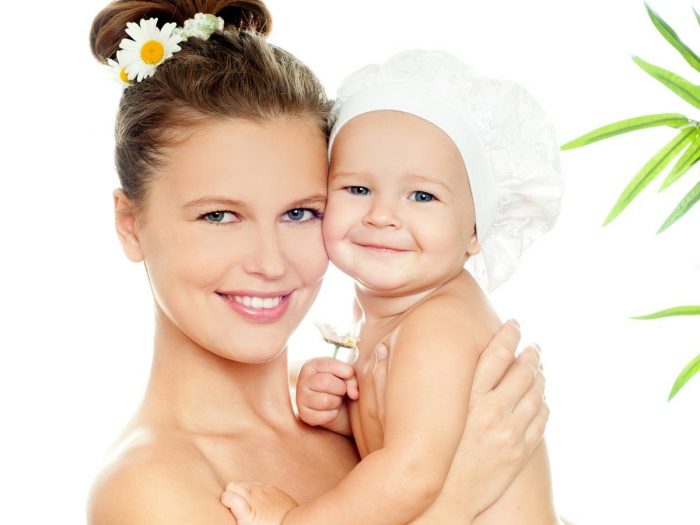 All the best! Photo Credit: Shutterstock

These four primary categories are the result of two components that, when mixed and matched produce the four types. These two components are parts of a parents’ personality, namely how much independence you grant and how much obedience you require. The different types, as their names might imply, are explained below.

A parent that places high importance on both obedience and independence.

Each of these parenting styles can be found around the world, in every type of culture and family structure. The infinite variability of your situation and your family fits into that spectrum somewhere. There are certain positive and negative aspects to most of these styles, with the possible exception of “neglectful” parenting, and those small variations can have a major impact on how your child behaves when s/he grows up. Now, let’s dig a bit deeper into what these parenting styles might look like, and what effects they could have on the development of your child. [2]

Most experts believe that this combination of obedience and independence is the healthiest and most productive style of parenting. Not only does the child grow up with a sense of social responsibility and the ability to moderate their behavior, but they are also motivated to engage in new challenges, maintain high self-esteem and embrace their own autonomy.

Hands-on parenting means being a part of your child’s life, and establishing clear boundaries in familial and social situations, but also encouraging creativity, freedom of thought and self-expression. This parenting style often results in well-adjusted students that interact with others well, perform at above average levels and self-motivate as they get older and begin to experience new obstacles in life. They are self-sufficient, but not selfish. [3]

While the names may sound quite similar, there is a major difference between this second style and the first. Although children who are raised by authoritarian parents typically perform well in school, and are often at the top of their class, their parents’ strict treatment of them can often have tangible results later in life. Children raised under this type of parenting often find it difficult to make friends, suffer from depression and lack self-confidence. They may not act out in poor behavior, due to their parents’ harsh level of control, but they also don’t explore, discover or interact with the world as openly. [4]

When a child is raised in an authoritarian structure, they find it difficult to follow their own instincts, and are constantly seeking the approval or permission of a parent. Their independence is not celebrated; it is often quashed out in the parental bid for control and dominance.

Sometimes, you see a child in a grocery store, or at a community event, where the parent seems to be aware of their child’s exploratory behavior, but doesn’t seem to draw a line in the sand between self-expression and obedience. With such a high focus on independence, children tend to act out more aggressively, and when attempts are made to control them, that can be seen as a power struggle. Difficult teenage years are often the result of an overly permissive childhood. Children raised under a permissive style tend to think that they are entitled to certain freedoms, and resent anyone who tried to control them. [5]

While these children tend to have more self-confidence and can assert themselves socially, they often put these skills to bad use, and are more likely to rebel in sexual, cultural or social ways, including substance abuse and reckless behavior. While it may seem wise to let your child have no boundaries and experience the world without too many rules and regulations, it can have dangerous long-term consequences.

In this, arguably the worst style of parenting, the parental figures are neither supportive nor responsive. This is an apathetic style of parenting, where children are not encouraged to be free spirits and independent, nor are they given boundaries to restrict them. This can result in a highly traumatized or troubled adult life, where trust, loyalty, sense of family, civic responsibility and even morality can be severely impacted. A child that is raised in a neglected style will seek out other natural parental figures, but have no overarching moral compass to guide them. [6]

In such situations, it can be dangerous for children to remain in that family structure, although if the neglect is not too severe, and remedied quickly, a family structure can be improved. While the other three styles of parenting have pros and cons, there is nothing “good” about being a neglectful parent.

If there is one rule that parents should follow, it is this: As a responsible guardian, it is important to primarily be a parent, and secondarily be a friend. There should be an equal amount of leeway and structure to ensure that your child grows up to be a responsible, compassionate, loyal, and moral member of society.

There are countless variations of the parenting styles above, and at different times in your child’s life, your approach may vary, either slightly or drastically. It is important to constantly be engaged in your child’s life, respecting their independence as they grow, but also recognizing their vulnerability in their formative years. You want to create a safe, inspiring and comfortable life for your children as they grow, and be willing to evolve and change right along with them. [7]

Don’t be afraid to take control in certain situations, but be open to the idea of offering freedom when it is appropriate. A parent who can fluctuate between different parenting styles, when necessary, and avoid ever being neglectful, is on the right track to raising a high-functioning and happy child.

Rate this article
Average rating 4.6 out of 5.0 based on 4 user(s).
Read This Next:
Popular Articles