Is Pineapple a Fruit or Vegetable

There are a few common culinary questions that come up every summer, including – is pineapple a fruit or a vegetable? The answer to that question isn’t as obvious as you might think.

Is Pineapple a Fruit or a Vegetable?

Pineapples fall into the category of fruits. While there are some foods we eat that remain a mystery in terms of their classification as a fruit or a vegetable, pineapples are actually quite easy to identify. Since the technical definition of a vegetable is the edible part of a plant, pineapples qualify as that distinction, but by that definition, all fruits are vegetables. 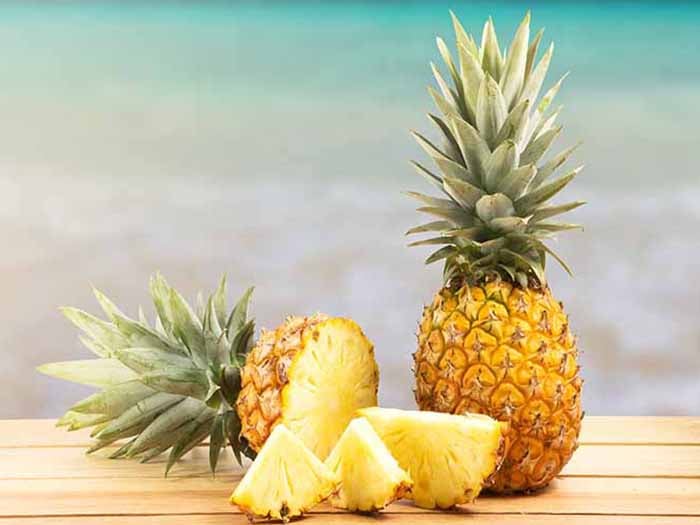 However, when you look more closely at a pineapple, you begin to see the other reasons why it is so often (accurately) referred to as a fruit. Fruits are defined as the part of the plant that develops from the flower and is also where the seeds are contained. In the case of pineapple, both of these qualifications are met. Some people may object, questioning where the seeds are in a pineapple, but they are actually located at the edge of the fruit, near the spiky peel, unlike the core, like most other fruits. [1] [2]

The last method of assessing something as a fruit or vegetable is the taste; most vegetables lack any sweetness and are more known for their earthy and fibrous nature, rather than their juice. Pineapples, on the other hand, are considered one of the sweetest fruits on the market and are commonly squeezed for their tart and refreshing juice. [3]

Rate this article
Average rating 3.7 out of 5.0 based on 174 user(s).
Read This Next:
Popular Articles