Quinoa vs Rice: Which is Healthier

There has long been a debate about quinoa vs rice, and while they have some similarities, there are also many important differences to note.

Let’s take a look at how the two grains stack up against each other in terms of nutritional values. 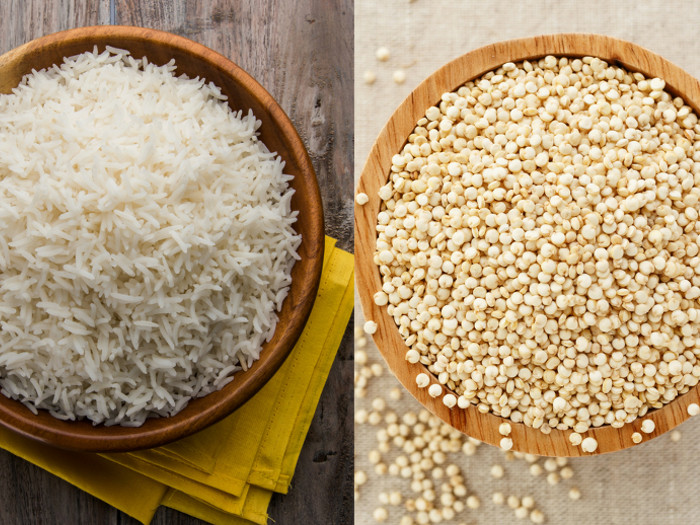 Which one would you pick? Photo Credit: Shutterstock

In terms of taste, quinoa and brown rice both have a slightly chewy flavor. Although there is a slight difference as discussed below.

Both of these whole grains are good sources of minerals, dietary fiber, and proteins, but they are relatively low in calories.

You can easily substitute quinoa for brown rice, as well as basmati rice and other whole grains, and while the flavor may differ slightly, the impact on recipes is minimal.

Rate this article
Average rating 3.6 out of 5.0 based on 36 user(s).
Read This Next:
Popular Articles