What is Slippery Elm?

The slippery elm is scientifically known as Ulmus rubra and it is native to eastern North America. It belongs to the Ulmus family and is also known by a number of other common names, including red elm, gray elm, and Indian elm. In the United States, it is widely cultivated in order to harvest its bark, which can be ground into a pulp or dried and used as a powder. Traditionally, this tree was used for a number of medicinal purposes by Native Americans, and some traditional herbalists and alternative practitioners still rely on slippery elm for a wide range of health conditions. Scientific research is limited on some of these claims, but traditional records show that it may, in fact, be very beneficial for overall health. [1]

One of the most active ingredients in slippery elm is mucilage, which is what creates the pulp or “gruel” used in traditional medicine. The disintegrated bark can also be dried and added to drinks as a powder. It is also possible to take its supplements and benefit from the powerful nutrients and organic compounds found in it. Now, let’s take a more detailed look at the many health benefits of slippery elm. [2]

Health benefits of slippery elm include:

One of the primary uses for slippery elm is as a digestive aid. The mucilage found in its bark is ideal for soothing the digestive tract and eliminating inflammation, primarily the type that causes Irritable Bowel Syndrome (IBS). There is also a significant amount of fibrous tissue found in the bark, which can help to bulk up the stool and eliminate issues like diarrhea. All in all, it is a full-service gastrointestinal cleaner and has been used as such for thousands of years. [3] 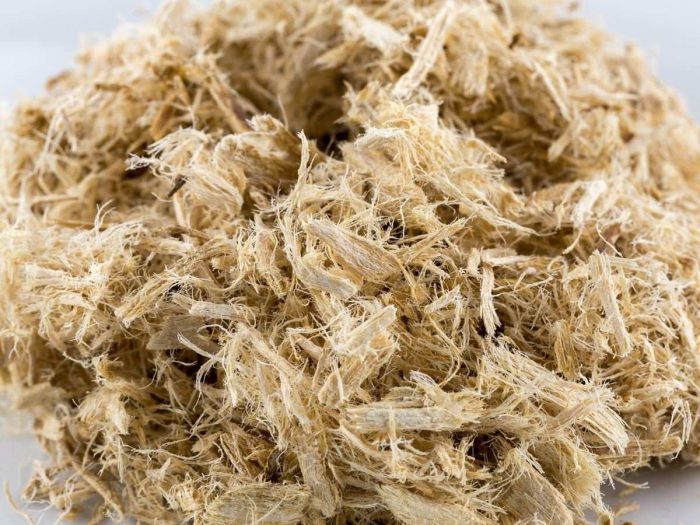 Slippery elm has traditionally been used to calm sore throats, as the anti-inflammatory compounds of the bark can significantly reduce irritation in the throat. Again, creating a pulp of the mucilage is the best approach for this remedy, but drinking a powdered mixture will also do the trick, and this fast-acting treatment will have your sore throat coated and protected in no time. [4]

There are many other nutrients found in slippery elm beside mucilage, including iron, which is crucial for the production of red blood cells. This can increase circulation, and thereby boost oxygenation of important parts of the body. More importantly, when combined with potassium, which is also present in it, you are able to fully optimize the cardiovascular system and relieve strain. [5]

The rapid healing properties of slippery elm have made it a popular tool for those suffering from injuries, burns, abrasions, and serious wounds on the battlefield and out in nature. Salves and balms have long been made from its bark in order to speed the healing process. It is packed with nutrients and minerals, as well as antioxidant compounds, that can quickly induce healing. [6]

If you have suffered from burns, have noticeable scars, or generally poor skin health, slippery elm can be a wonderful remedy. The antioxidants and unique vitamin mixture of this herbal salve can reduce the appearance of wrinkles, eliminate free radicals from the upper skin layers, and even heal age spots, additionally, giving a youthful look to the skin. Furthermore, just as it does for wounds, it can help protect the skin from infections of various types, acting as the first line of defense for the body. [7]

One of the benefits of slippery elm is that it is high in certain acids and coats the lining of the intestines; this means that gastrointestinal issues like ulcers can be remedied easily by regularly consuming its tonics. [8]

There is also evidence suggesting that slippery elm can be used as a diuretic, thereby increasing the number of toxins, excess salts, and water from the body via urination. This can boost kidney health and improve the overall functioning of the metabolism. [9]

The most valuable and diverse effects of slippery elm relate to its anti-inflammatory abilities, particularly for heartburn and hemorrhoids. The strong effect of slippery elm in treating or lessening the severity of these conditions is well documented and widely relied on in alternative medicine circles. [10]

When the balm or salve of slippery elm is applied to a pulled muscle, bruise, or other painful areas of the body, relief is rapid and effective. The antioxidant and analgesic components of slippery elm can quickly soothe the topical pain. [11]

One of the other popular traditional uses of slippery elm was as a salve for oral health. If you feel a tooth infection coming on, or have pain in your gums, you can apply some slippery elm to the cap of the tooth and the surrounding gums to prevent infection and relieve pain through the anti-inflammatory properties of the herb. [12] [13]

Word of Caution: Slippery elm can be too intense for people with sensitive skin, so when first applying a salve or balm, check what your skin’s reaction is before adding more. The skin’s reactions, however, are typically mild, but you should discontinue use if you experience irritation, itchiness, or redness. Also, slippery elm is not recommended for pregnant women, as it has traditionally been known to cause premature labor. Use of slippery elm (bark, unpowdered) is banned/restricted by some countries such as the UK, so consult your local health specialist before use.

Rate this article
Average rating 4.0 out of 5.0 based on 475 user(s).
Read This Next:
Popular Articles