Is Watermelon a Fruit or Vegetable

When summer rolls around, a common question arises – is watermelon a fruit or a vegetable? Most people have an immediate answer, but it’s a bit more complicated than some people understand.

Is Watermelon a Fruit or Vegetable?

While thinking about a watermelon, the vast majority of people would immediately classify it as a fruit, likely because of the sweet flavor, juicy interior, and its inclusion in every summer fruit salad in history. However, what people don’t realize is that watermelon belongs to the Cucurbitaceae family, along with cucumbers, gourds, pumpkins, and other things that are traditionally known as vegetables, it’s scientific name being Citrullus lanatus.

Botanically speaking, a watermelon does adhere to the definition of a fruit – after flowering, the ovary turns into the fruiting body, which contains the seeds. This is true of watermelons, but by that definition, tomatoes, bell peppers, cucumbers, and pumpkins are fruits as well. Agriculturally speaking, watermelons are far more similar to vegetables. They are grown from seasonally planted seeds and are raised with vegetable production methods. [1] 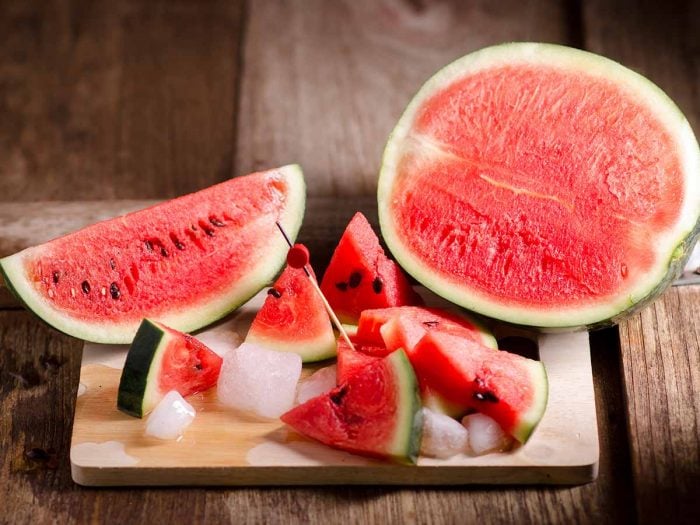 There will always be a significant amount of debate over which fruits should be vegetables and which vegetables are technically fruits. The line between the two has always been flexible, influenced by botanical data, cultural tradition, and even personal choice. Scientifically speaking, however, watermelons do fit into the broad definition of fruits that we generally accept, so for the time being, those staples of the summer season will be considered a fruit! [2]

Rate this article
Average rating 3.8 out of 5.0 based on 36 user(s).
Read This Next:
Popular Articles