Does The Weight Watchers Diet Help You Lose Weight

Weight Watchers is one of the most popular commercial diet plans, with more than 4.5 million subscribers from across the world as of July 2018. It has managed to maintain its position as one of the top healthiest and most sustainable diet plans in the world for over five decades.

What is Weight Watchers Diet?

Weight Watchers began as a simple diet plan, conceived by Jean Nindetch, a housewife and mother from New York, US, in the early 1960s. While the diet focused on healthy eating through calorie counting like most other weight-loss plans, it gained popularity because Nindetch offered weekly support group meetings to weight-loss seekers. Over the years, she established it as a company which grew in operations across the US as well as internationally. Since then, the company has changed owners, grown in size, and gone public. The diet plan is now a subscription-based product offered by WW International (formerly Weight Watchers International Inc), a US-based wellness company owned by Artal Luxembourg S.A. The product is available in the US, UK, Canada, Australia, New Zealand, and Brazil, among others. [1]

The Weight Watchers diet works on a points-based system that assigns numbers to foods according to their nutritional value.  [2]While the earliest version of the diet prohibited alcohol, sweets, and fried foods, the plan has evolved to include all kinds of food items. Healthy foods like fruits, vegetables, eggs, salmon, skinless chicken, and beans have zero points while chips, soda, or beer have higher points. However, no food is off limits, including a double cheese pizza or beer as long as the total calorie count is maintained. The tradition of support meetings started by Nindetch continues until today, and it is offered online, through apps, or in person by the company. 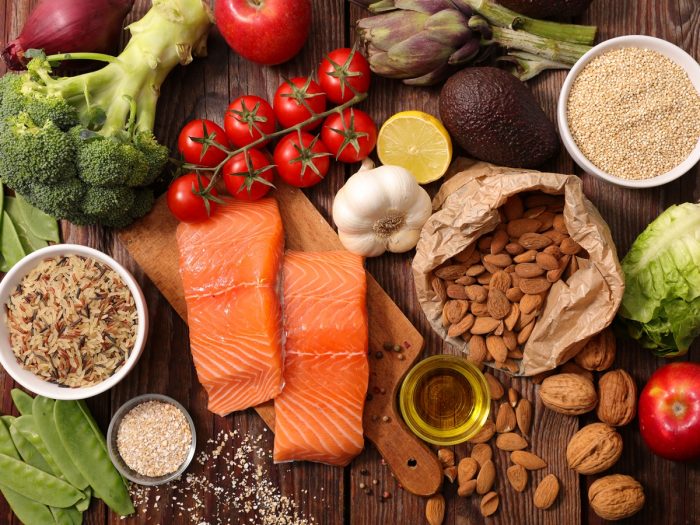 It’s easy to eat healthy when your pantry is stocked with healthy foods like fresh fruits, vegetables, and nuts. Photo Credit: Shutterstock

Let us look at the most important health benefits of following the Weight Watchers Diet.

Weight Watchers assigns points to foods based on the content of calories, protein, saturated fat, and sugar. The list is constantly updated in keeping with the current food trends, and it offers a choice of more than 200 foods that are zero points. Each member is given a total number of points based on their gender, age, level of activity, etc. Also, the diet accounts for weekends or outings where the individual may need to eat more by allowing for a rollover of points to other days. This approach helps people stay on longer with the program. According to the findings of a study of over 1200 obese adults, published in The Lancet, people who followed the Weight Watchers Diet lost more weight than those who were given brief advice and self-help materials. [3]

Since all food items are included in the diet plan, people with time or budget constraints can have a vast choice and flexibility in what they eat. The National Weight Control Registry (NWCR) findings, published in the Annual Review of Nutrition, showed that people who lost at least 30 lbs and kept it off for an average of 5 years shared the same strategies – healthy food intake, coupled with self-monitoring portion sizes and regular exercise. [4]

Weight Watchers emphasizes on social support for weight loss through its weekly workshops with certified health coaches as well as peers. A study titled “Social networks and social support in weight loss” published in Elsevier’s Patient Education and Counselling concluded that emotional support was critical for people who were trying to lose weight. It’s not just personal support; the company has also enlisted celebrities like Oprah Winfrey and Kate Hudson, to talk about their personal weight loss journey through Weight Watchers. DJ Khaled, another Weight Watchers promoter, lost a significant amount of weight and now, encourages men to join this commercial weight loss program. [5]

There are potential drawbacks too. While the plan allows accessing over 4,000 Weight Watchers recipes online, people have the choice to eat unhealthy foods such as chips and soda and still maintain their points. Also, counting points for some may be a time-consuming affair. While the diet does not call for exotic costly foods, the subscription-based program could be an expensive affair for those on a budget. Lastly, the weight loss may happen at a slow and steady pace, frustrating those looking for a quick fix.

Many studies have proved that Weight Watchers is a sustainable way to lose weight and maintain it for a long period of time. The diet plan focuses on healthy eating and overall emotional wellbeing and is, therefore, an effective weight management program to follow. [6]