You may be unaware of Avena sativa benefits because you know this food by a different name, but this ancient grain should definitely be a part of your diet, as it can improve your health in many ways.

Avena sativa is the scientific name for the common oat. This cereal grain has been grown as a food crop for both humans and livestock for centuries. Recently, Avena sativa has come to be known for its therapeutic and medicinal properties as well. It is now commonly sold as a supplement and is also known as wild oats, oat grass or oat straw. [1]

This grain is very nutritious. Oats contain high levels of protein and dietary fiber, as well as a greater percentage of healthy fats than most other grains. In addition, it supplies a high percentage of the recommended daily intake of several vitamins and minerals, including manganese, iron, zinc, magnesium, phosphorus, and several B-vitamins. 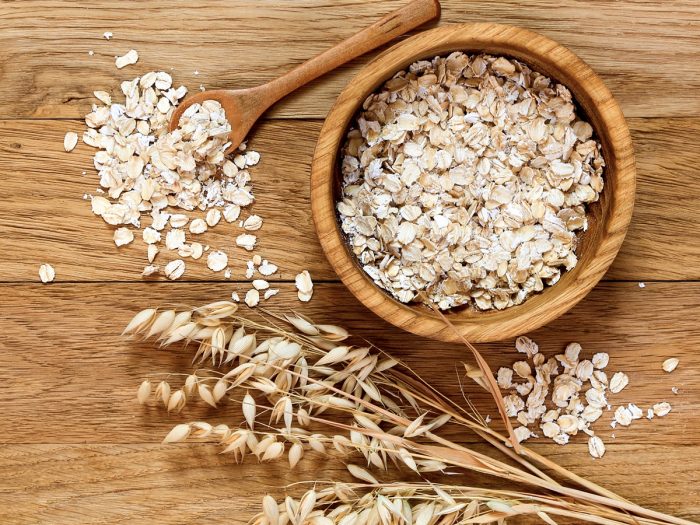 The common oat contributes to human health in many diverse ways.

As anyone who purchases oatmeal knows, this grain is known to be beneficial to heart health. Many medical studies have been performed on the ability of oats to lower cholesterol. An analysis of these studies from 1966 to 2013 published in the American Journal of Clinical Nutrition by Anne Whitehead, Eleanor J Beck, Susan Tosh, Thomas MS Wolever shows that levels of LDL cholesterol decreased in people who consumed a certain amount of daily oats. The Food and Drug Administration of the United States recognizes this benefit and allows food companies to label products containing oats as ‘heart-healthy’. [3]

Avena sativa has long been understood to be beneficial to sexual health and virility, as the common phrase ‘sowing your wild oats’ indicates. Oat supplements are sold as a ‘natural Viagra’ to increase available testosterone levels in men. This can help with impotence and increase sex drive, especially in older men. Women may also experience an increase in sexual desire due to Avena sativa. Use of this natural remedy is becoming more common in case of these conditions because of the reduced side effects compared to conventional medical treatments, such as pharmaceuticals and hormone replacement therapies. [4]

The compounds found in oats can have the effect of reducing anxiety and stress. Avena sativa can also help fight memory loss and improve brain function. A study published in the journal Nutritional Neuroscience by David O. Kennedy, Philippa A. Jackson, et. al., showed that an oat extract supplement increased the ability of older adults to perform memory and cognitive function related exercises. In addition, Avena sativa has begun to be used to help against attention deficit hyperactivity disorder (ADHD), although there have not yet been scientific studies on its effects. [5]

Ayurvedic medical practitioners in India have used Avena sativa to get rid of dependencies on both nicotine and opium. Again, however, clinical research has not been done to scientifically prove or disprove this use, but anecdotal evidence remains strongly trusted in many parts of the world. [6]

Common oats have high levels of antioxidants, which can help fight chronic diseases and boost the immune system. These chemicals may also reduce swelling and inflammation, leading to the relief of joint and muscle pain. Some research has shown Avena sativa to be beneficial in preventing osteoporosis and increasing bone health, possibly due to the high concentration of minerals, such as calcium, found in oats. [7]

Potential Side Effects of Avena Sativa

One of the most common drawbacks of common oats can be found in people with celiac disease. Because the gluten in oats is similar to that in wheat, a small portion of those with celiac disease may be similarly affected by oats as they are by wheat. Also, it is very common for oats to be cross-contaminated by wheat, barley, and other wheat-gluten-containing grains. Certified gluten-free oats and Avena sativa products are available from manufacturers who have made an effort to protect against such cross-contamination.

Generally, Avena sativa produces no adverse effects unless taken in larger doses. If this is the case, side effects may include sleeplessness or an increase in heart rate. It’s always a good idea to consult a medical professional before adding Avena sativa or any other supplement to your diet, particularly if you are currently being treated for any other medical conditions.

Rate this article
Average rating 4.2 out of 5.0 based on 23 user(s).
Read This Next:
Popular Articles