Consuming buckwheat tea is an excellent way to boost your overall health and even aid in weight loss efforts.

What is Buckwheat Tea?

Buckwheat tea is a hot beverage prepared by steeping either buckwheat leaves, grains or both, and has been in use for an estimated 8,000 years in some form. Originating in China and Japan, it is still widely consumed in these regions but has also spread to North America and other western countries. Scientifically known as Fagopyrum esculentum, this plant is used for culinary and medicinal uses. When using either the leaves or seeds of the buckwheat plant, it is called buckwheat tea, but there is a closely related beverage, soba tea, that is made from Tartary buckwheat, which is a different species. Buckwheat tea is also gluten-free, which is important for people with celiac disease.

There are quite a few benefits to drinking buckwheat tea, such as its impact on the following:

Buckwheat works well as a flour substitute in noodles and pancakes, and there is a good reason for people living with diabetes to use it. According to a study published in the Metabolism journal, a diet with buckwheat can modulate gastrointestinal satiety hormones in people living with type 2 diabetes.

With a low amount of calories and a stimulating effect on the metabolism, as well as the elimination of water weight, this tea is ideal if you are trying to shed unwanted pounds.

Buckwheat tea is high in various antioxidants, vitamins, and active ingredients that can protect the body against various infections and pathogens. With vitamin C, the body is able to create white blood cells, the body’s first line of defense.

Studies have found that this powerful antioxidant component can help to improve digestive function, which can eliminate symptoms of bloating and cramping. It can also work to get your bowels moving, eliminating symptoms of constipation.

Research has shown that regular use of this tea is able to lower levels of blood pressure and overall cholesterol count, which can prevent atherosclerosis, heart attack, stroke, and coronary heart disease, as well as reducing the risk of cardiovascular disorder, particularly in women.

According to a report published by Polish researchers, Juan Antonio Giménez-Bastida and Henryk Zieliński, in the Agricultural and Journal of Food Chemistry, there are certain key components in buckwheat tea that help it defend against cellular mutation and the spread of cancer. The lignans found in buckwheat may reduce the risk of cancer, particularly breast cancer, making this a popular preventative measure for women. A study conducted with Swedish women volunteers, published in the International Journal of Cancer, showed that there was a 50% reduction in breast cancer frequency in women who regularly consumed the recommended amount of daily dietary fiber.

If you are suffering from kidney disease, numerous studies have shown that the antioxidants, including rutin, in this tea are able to slow the progression of this condition.

How to Make Buckwheat Tea?

If you want to brew buckwheat tea, all you need is dry buckwheat and a teapot! Follow these simple instructions to make this tea at home. 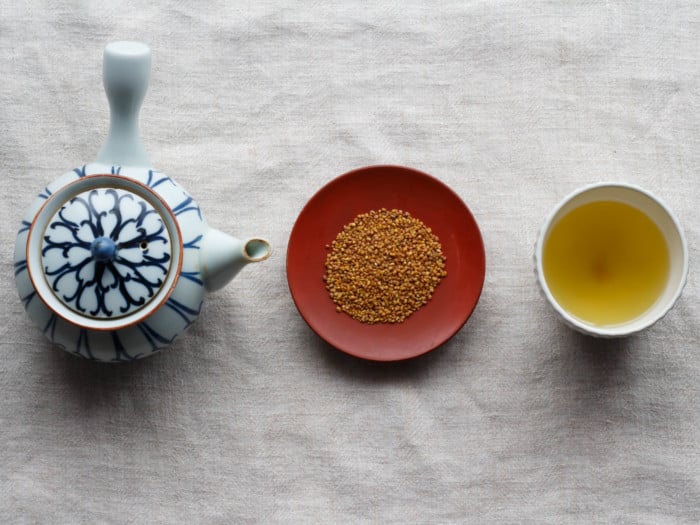 Buckwheat can be used multiple times for other brews, but with each successive brew, add 3 minutes to the steeping time.

Despite the many impressive benefits of buckwheat tea, there are some side effects that should be taken into consideration, such as:

There is not enough research on the effects of this tea on pregnant and nursing women, so it is generally not recommended. If any of these side effects appear, discontinue use, and always speak to your doctor before adding a new natural remedy to your health regimen.

Rate this article
Average rating 3.7 out of 5.0 based on 65 user(s).
Read This Next:
Latest Health News: