If you’re making tortilla soup or trying some new beans recipe, and you find out that you’re out of epazote, then worry not! Here is a comprehensive list of epazote substitutes. Let us discuss.

The amazing substitutes of epazote include oregano, boldo, coriander, dried epazote, and a mixture of savory, oregano, cilantro, and boldo leaves. You can also try anise, tarragon, and fennel to substitute with epazote.

One of the most common substitutes of epazote is coriander. It can be used as a topping on tortilla and soups. It can also be added to many other recipes. [1] 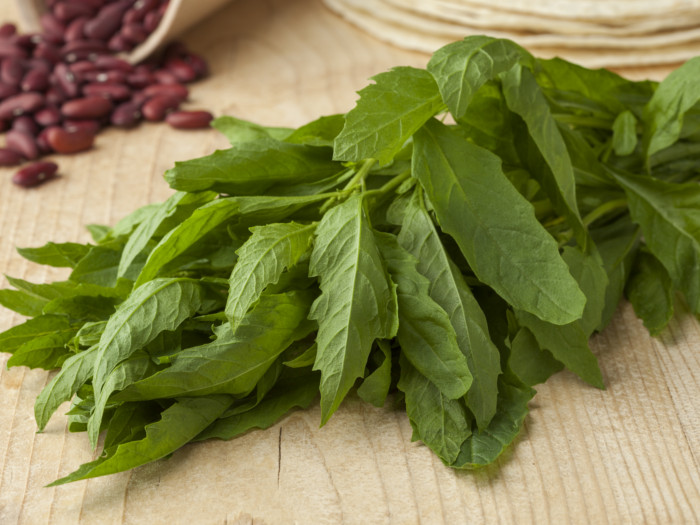 Epazote has largely been considered as a medicinal herb rather than a culinary plant. Photo Credit: Shutterstock

A mix of savory, oregano, and boldo leaves also makes for a good epazote substitute. The combination can be chopped and cooked into soups and stews. [2]

Contrary to what many people believe, dried epazote can also be an amazing substitute for epazote.

There are a few other epazote substitutes that are not very commonly used, these may include the following:

So if you want to add a Mexican touch to your dish and are wondering how to do it without epazote, then here is your rescue!

Jinal, an ex-banker who has completed her MBA in finance from Mumbai University, is passionate about health and wellness. She is a social media enthusiast. She has completed an online program on “Introduction to Food and Health” from Stanford University, US. On weekends you can find her in cafes or movie theaters. Positivity drives her and she finds peace in cooking, reading, and coffee!
Rate this article
Average rating 3.1 out of 5.0 based on 4 user(s).
Read This Next:
Popular Articles