Many people don’t understand the difference between evaporated milk vs condensed milk, but they have distinctly separate nutrient profiles and different applications in our diet.

Whether you plan to use evaporated milk or condensed milk, it is important to understand the details of both. While these two are both concentrated forms of milk with an extended shelf life, that is where many of the similarities stop.

Evaporated milk is a form of condensed milk, heated and reduced down into a concentrated form, with no sugar content added to it, and therefore, they cannot be interchanged. Evaporated milk should have a thick, creamy consistency and can be used in a variety of recipes to add thickness and body to a given dish. Due to the lack of sweetness in this type of milk, it is most commonly used as a substitute for regular milk. You will commonly find evaporated milk as an ingredient in mashed potatoes, macaroni cheese, and other cream-based dishes. [1] 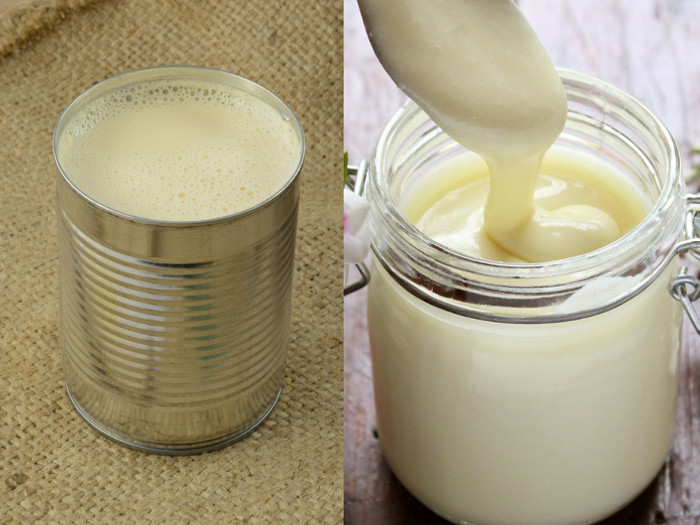 Evaporated milk is a form of condensed milk, heated and reduced down into a concentrated form. Photo Credit: Shutterstock

Condensed milk is a concentrated type of milk, but it is prepared in a significantly different way than evaporated milk. While condensed milk is being heated, a large amount of sugar is added, which changes both the consistency and the color of the milk. The final product is gooey and very sweet, with a slightly caramelized appearance and flavor. Condensed milk is often used in the preparation of very rich desserts. You will almost always find this product labeled “sweetened” condensed milk.

Rate this article
Average rating 4.1 out of 5.0 based on 7 user(s).
Read This Next:
Popular Articles