Earl Grey tea is one of the most delectable and popular varieties of beverage in the world and is highly praised for its health benefits, including its ability to relieve anxiety, improve energy levels, and fight oxidative stress. It is also good for weight loss, heart health, dental health, regulating digestion, and strengthening the immune system, among others.

What is Earl Grey or Bergamot Tea?

Earl Grey tea is a black tea base that is mixed with an unusual addition of oil from the rind of bergamot. This provides the unique flavor to Earl Grey tea that has made it so popular. The taste of this tea is an interesting mix of sweet, floral, citrus, and bitter flavors coupled with a full-bodied, malty black tea. In the US, the tea is also spelled as Earl Gray. This tea is enjoyed by millions each year due to its unique flavor, warm nature, and many health benefits that it can provide. [1]

Depending on the area of consumption, bergamot tea is also known as Earl Grey tea in various regions. Bergamot tea is usually prepared from black tea and bergamot extracts.

Now, steep a cup for yourself and read more about the impressive health benefits of Earl Grey tea:

Earl Grey tea is rich in catechins, which are antioxidants that can guard against oral infections. Also, fluoride, found in Earl Grey tea, helps protect teeth from carriers and prevents decay. [2]

Earl Grey tea can help settle the stomach and lower inflammation of the gut, which helps ease constipation, hemorrhoids, bloating, cramping, and other afflictions of the stomach. The soothing and anti-inflammatory effects of this tea have long been praised by natural health practitioners and used traditionally for colic and nausea. Its antioxidant and antibacterial effects can also prevent infections and parasitic worms in the gut. [3] 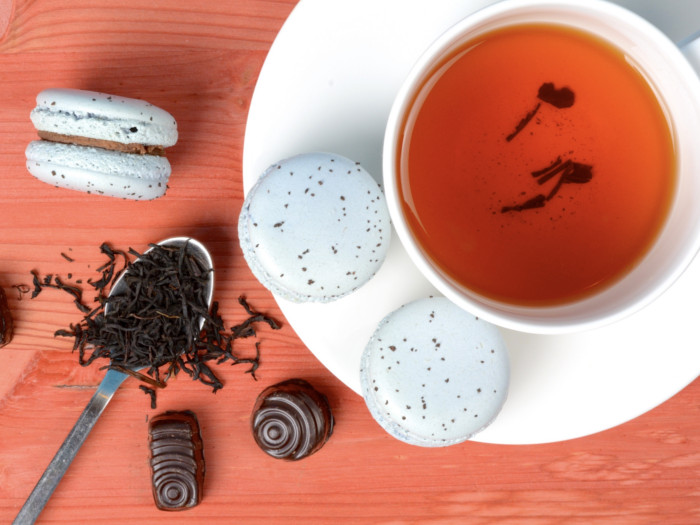 A warm cup of Earl Grey tea is one of the best remedies for a long, stressful day. The small amount of caffeine helps increase focus and clarity, without resulting in the caffeine high of coffee. Also, the tea has the goodness of bergamot, which is commonly used in aromatherapy for relieving stress, depression, and anxiety. [4]

Earl Grey tea gives energy and boosts metabolism due to its caffeine content. Though lower in caffeine than coffee, the tea can provide a great “pick me up” in the middle of the day, and is still mild enough to work as a relaxing beverage at the end of the night as well. [5]

The key flavoring agent in Earl Grey tea is bergamot, which has citrus extracts that are excellent for weight loss and stimulating metabolism. Also, the caffeine content boosts fat burning and prevents fat storage. [6]

Research published in the Frontiers in Pharmacology journal shows that bergamot essential oil has anti-cancer properties. It has been shown to inhibit the proliferation of cancerous cells. More research is still required to conclude if Earl Gray, made from bergamot, can actually help in cancer. [7]

One animal study conducted on the effects of different types of tea- oolong tea, Japanese green tea, jasmine tea, and Earl Grey tea showed that there was a higher level of hepatic activity in rats that were administered Earl Grey tea. However, more studies are required for determining the relationship between tea and cancer. [8]

Earl Grey tea is cooled after brewing for topical use in skin conditions like eczema, acne, and psoriasis. Drinking this antioxidant-rich tea promotes rapid healing and prevents blemishes in such conditions. [9]

Earl Grey tea has long been linked to reduced triglycerides in the body, which are directly connected to heart attack, stroke, and atherosclerosis. This is partly explained by the antioxidants present in the tea, which eliminate oxidative stress and plaque buildup in the heart. Research shows that bergamot has enzymes called hydroxy methyl glutaryl flavonones (HMGF), which search and destroy proteins that cause heart diseases. [10]

It is believed that the bergamot in Earl Grey is particularly effective at preventing colds and the onset of flu. For that reason, it is very popular in winters, particularly in Europe, as it is seen as an autumn-winter beverage that prevents fever and parasitic diseases. [13]

The natural antioxidants found in black tea fights oxidative stress in the body to boost the immune system and prevent many infections and diseases. [14]

The organic compounds and nutrients found in black tea and Earl Grey tea help lower the inflammation of the throat and stomach, as well as any other aches, pains or irritation in the body. [15] [16]

Apart from the fact that the tea is brewed with water, it is also high in potassium so it can help you stay hydrated and balance fluid levels.

There are many uses of earl grey tea, including the following: [17]

Apart from various benefits, there are certain side effects associated with the excessive consumption of Earl Grey tea. These include the following: [18]

Other side effects include:

Note: Pregnant ladies should avoid drinking too much of this tea as black tea contains caffeine.

So speak to your doctor before adding Earl Grey tea in large quantities to your diet.

Rate this article
Average rating 4.0 out of 5.0 based on 279 user(s).
Read This Next:
Popular Articles