Ayurveda has well-documented the art of using herbs for multiple purposes. The medicinal properties of plants depend on the presence of certain phytochemicals present in them. Amongst them, Indian borage (also known as Mexican mint) has a plethora of health benefits that may include its ability to improve skin, detoxify the body, defend against cough and cold, ease arthritis pain, relieve stress, and optimize digestion.

What is Indian Borage (Mexican Mint)?

If you happen to stumble across a small green perennial plant in Africa that smells like Cuban oregano, there’s a good chance you’ve found Indian borage, which is also known by other names, such as Mexican Mint, Spanish thyme, country borage, and others. Although it is native to parts of southern and eastern Africa, the demand for this beneficial herb has caused cultivation to spread to other tropical areas around the world with suitable growing conditions. The plant, whose scientific name is Plectranthus amboinicus, is very hardy and grows quickly, requires little water, and can even grow in colder conditions if the weather changes dramatically. [1]

The leaves of Indian borage are the most sought-after parts of this plant. Why?

Speaking of medicinal uses, let’s take a closer look at some of the health benefits of Indian borage. 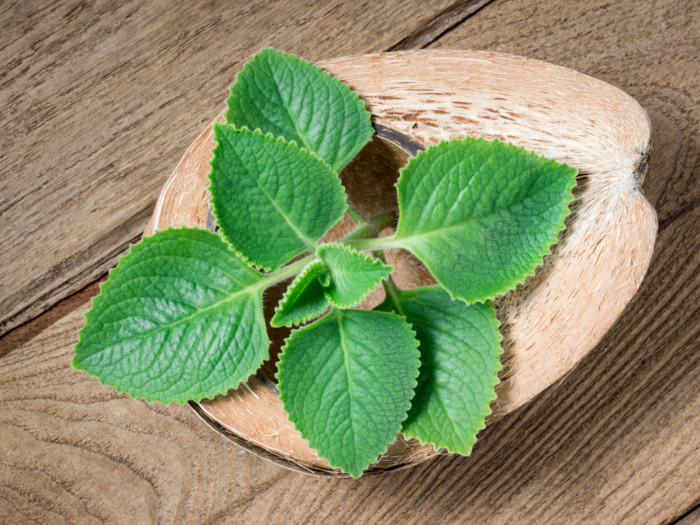 Health benefits of Indian borage (Mexican mint) include the following:

If you are suffering from a cold, a sore throat, congestion, a stuffy nose, or painful sinuses, you can chew on the leaves of Indian borage or brew tea from the leaves. The compounds contained in the herb may act as a powerful expectorant to eliminate mucus and phlegm from your respiratory tracts and clear out your sinuses. This might also help to boost your immune system. [4]

Can Be Used In Skin Care

One of the most popular uses of Indian borage is as an effective skin treatment. From bug bites and stings to eczema and psoriasis, Indian borage can possess anti-inflammatory compounds that may quickly reduce redness and swelling, while maybe eliminating itchiness and irritation. Also, borage oil might enhance skin regeneration and stimulates skin cell activity. The presence of gamma-linoleic acid may aid in treating skin disorders such as allergies, dermatitis, inflammation, and irritation. [5] [6]

If you do choose to extract the essential oil from the leaves of Indian borage, the volatile compounds in that extract may include omega-6 fatty acids, such as gamma-linolenic acid. This specific fatty acid has been linked to reducing arthritis by increasing joint regeneration; this may also be important for athletes or those with osteoporosis who have regular impact stress on their joints and bones. [7]

Can Contain Vitamin C and A

The high content of ascorbic acid found in the herb might make it important as an immune system booster, while carotenoids and vitamin A content may help in improving vision, reduce oxidative stress in the eyes, and even possibly prevent macular degeneration. [8]

Although one of the lesser-known benefits of Indian borage, some of the organic compounds and minerals might be mildly sedative in nature. In folk medicine, it might have been used as an herbal remedy, particularly in tea form – to those with high anxiety or chronic stress to induce relaxation, peace of mind, and healthy, restful sleep. [9] 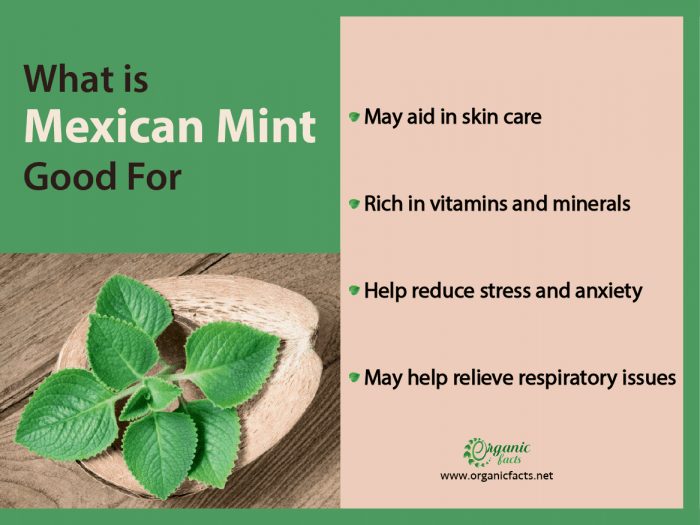 If you are suffering from a cold, a sore throat, congestion, a stuffy nose, or painful sinuses, you can chew on the leaves of Indian borage or brew tea from the leaves.

Indian borage may act as a very effective diuretic, which means that it can have the potential to rid the body of toxins by stimulating urination; this may also reduce the amount of excess salt, fat, and water in the body, keeping the kidneys and lymphatic system functioning smoothly. [10]

Can Help Relieve from Fever

If you are suffering from a cold or flu, a common symptom is a fever. Indian borage is considered to be sudorific, meaning that it may stimulate sweating, which also can help clear out toxins through the skin and speed the recovery process. Moreover, borage may also be used in Asia and South America to treat cholera and meningitis. It might also be used to treat sensory disorders associated with the ears and eyes. [11] [12]

In folk medicine, Indian borage might have been commonly used to settle upset stomachs and relieve irritable bowel syndrome by regulating digestion and soothing stomach inflammation. Brewing tea from the leaves of Indian borage is still considered an effective way to take advantage of this health benefit. [13]

Word of caution: The bristly leaves and stems may cause mild contact dermatitis to people with sensitive skin, but generally, there might not be a possibility of allergenic potential in Indian borage.  Due to its potent mixture of compounds and chemicals, however, pregnant and breastfeeding mothers are discouraged from using the herb. [14]

Rate this article
Average rating 4.0 out of 5.0 based on 507 user(s).
Read This Next:
Popular Articles