Mormon tea has quite a few impressive health benefits, may include its ability to lower blood pressure, promote respiratory health, mitigate allergies, increase energy, boost the immune system and protect against kidney infections.

What is Mormon Tea?

Mormon tea is a common name for tea made from Ephedra nevadensis, a small shrub that is native to western North America. The various species in the Ephedra genus grow around the world but have similar qualities and chemical compositions. These plants have also been used for thousands of years in traditional medicine, primarily as a remedy for colds, congestion, coughs, and allergies. There is a strong stimulant property in these teas, owing to the presence of certain tannins and alkaloids that behave in a similar way to amphetamines. [1]

However, there is some controversy surrounding this tea, as some Ephedra plants contain an active ingredient, ephedrine, that used to be found in many over-the-counter decongestants. It is a powerful stimulant and can be addicting, and has resulted in a number of deaths that led to its decline in popularity and use.

Using the entire plant leaf to make tea, rather than extracting the potent active ingredients, makes use of the tea safe in moderate quantities. Also, Mormon tea is brewed from Ephedra nevadensis, which does not contain ephedrine.

These compounds were once extracted from other Ephedra plants and used as ingredients in weight-loss supplements and cold medicine, but due to the increased risk of cardiovascular events when taking these medications, ephedrine and pseudoephedrine are no longer included in most medicines. Many people mix up Mormon tea with ephedra, but Mormon tea traditionally does not include ephedrine. Even so, it is important that you only drink this tea in moderation, as the tea is quite powerful and still has certain notable side effects. 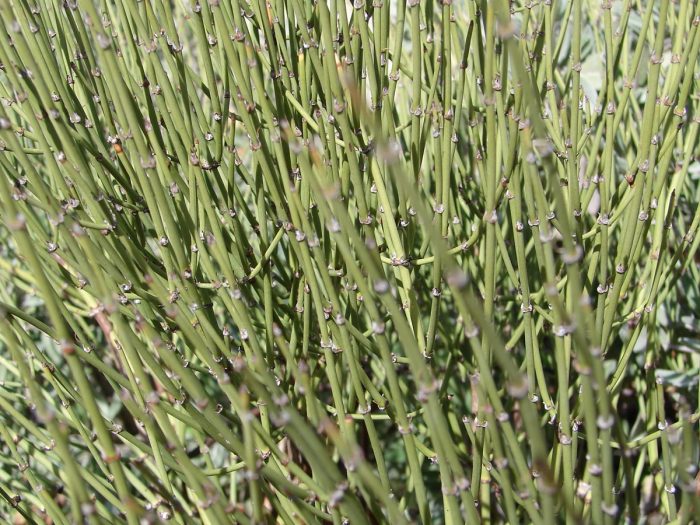 Mormon tea has been used as a medicine for mild health problems. Photo Credit: Shutterstock

The health benefits of Mormon tea include increasing energy, lowering blood pressure, suppressing allergic reactions, eliminating coughs and colds, stimulating the metabolism, protecting against kidney infections, and aiding weight loss efforts. Most of these properties are due to the high levels of tannins and other alkaloids.

Although this tea does have stimulant properties, anecdotal and traditional reports show that it can also lower blood pressure, which may be the result of certain antioxidants found in this tea. This can lower your risk of atherosclerosis, heart attacks, and strokes. [2]

The tannins found in Mormon tea are able to dry up and eliminate mucus production, which is the most common symptom of colds. This may eliminate the mucus and phlegm where bacteria and other pathogens can hide and thrive, leading to faster recovery. [3]

May Act As A Remedy For Allergies

One of the most well-supported uses of Mormon tea is for those suffering from allergies. Not only can the tea help dry up runny noses and relieve congestion, but it also has anti-inflammatory properties that can minimize the body’s allergic response. [4]

As a stimulant substance, this special tea can increase the body’s metabolic rate, which can help with weight loss efforts, and also allows the body to function at its full capacity. However, drinking an excessive amount of this tea can put a strain on the metabolism, so always drink in moderation. [5]

Research is ongoing regarding the effect of Mormon tea on kidney and bladder infections; early results show that it can be effective, but only when consumed in moderate amounts. Drinking too much can actually cause kidney and bladder malfunction. [6]

For many years, people have considered Mormon tea a weight loss tool, which can be explained by its impact on the metabolism and the slight appetite suppression that it causes. This can keep your cravings for between-meal snacks in check, and aid you in your weight loss goals.

May Lead to An Energy Boost

If you often feel sluggish or fatigued, Mormon tea can provide an excellent energetic burst in your day, without the side effects of other caffeinated beverages. Again, drinking too much of this tea, or relying on it too often, can have negative effects on your health and energy levels. [7]

How to Make Mormon Tea?

It is quite easy to make Mormon tea at home, and only requires the proper variety of Ephedra plant and hot water! 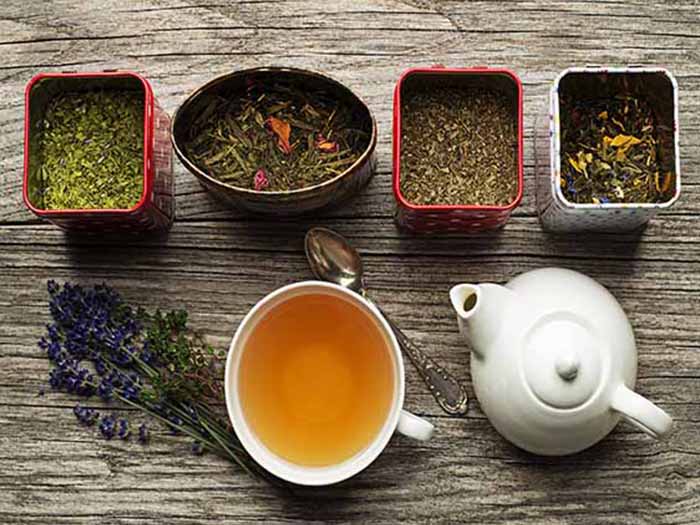 It is important to select the proper species, as true Mormon tea only comes from Ephedra nevadensis, and is one of the safest varieties of this herb.
5 from 2 votes
Print Pin Rate
Course: Tea
Cuisine: American
Keyword: Mormon Tea, Ephedra Sinica Tea
Appliance: Tea Strainer, Teapot
Author: Raksha Hegde
[8] [9]

Side Effects of Mormon Tea

There are a few side effects of Mormon tea when it is consumed in large quantities, including stomach upset, sweating, constipation, kidney, and liver damage. [10]

Other Names for Mormon Tea

Mormon tea goes by many different names, including Brigham tea, jointfir, ma huang (Chinese) or joint-pine tea. Since the plant grows on five different continents and has been used for at least 7,000 years (and possibly as far back as 60,000 years!), many different names have arisen. Different versions of this tea are made from different species within the Ephedra genus, which can give the tea a variety of effects in other countries. Always check to see which species of plant is used to brew this powerful tea, as some may contain those dangerous compounds, ephedrine, and pseudoephedrine. [11]

Rate this article
Average rating 3.8 out of 5.0 based on 121 user(s).
Read This Next:
Popular Articles