Snake oil has some impressive health benefits, including soothing arthritic pain, improving skin health, boosting the immune system, protecting heart health, reducing irritation on the skin, increasing cognitive function, balancing mood and strengthening the hair. There are a few mild side effects, but these are primarily caused by allergic reactions, excessive use of the oil, or poor-quality ingredients in this natural remedy. Due to the controversial history and reputation of this oil, it is important to always secure your snake oil from a reputable source to ensure that you are getting an unadulterated and safe variety of this oil.

Snake oil is derived from the fat of the Chinese water snake, although there are other snake oils made from boa constrictors, sea snakes, and other species. This fat is processed and refined into a concentrated oil that possesses high levels of an omega-3 fatty acid named eicosapentaenoic acid (EPA), which has been directly linked to a number of benefits for human health. The term “snake oil” has been used for centuries to describe fraudulent medical remedies, and has been associated with quackery and fake therapeutic value. In the past, this term may have been accurate, but as it turns out, snake oil does have measurable health effects, provided you are using a legitimate product with oil that is actually derived from snakes. The fatty acid content in real snake oil can be used topically to treat a number of conditions, and should be separated from the fraudulent variety of this oil that history has remembered in such a negative light! [1]

Traditionally, snake oil has been most popularly used as a topical salve for inflammatory conditions, such as joint pain, arthritis, gout, muscle aches and a number of other chronic conditions. Studies have shown that the omega-3 fatty acids found in snake oil can indeed loosen up stiff joints and relieve inflammation in various parts of the body. [2]

In conjunction with eliminating inflammation, snake oil also possesses analgesic properties, which makes it a popular remedy following an injury or surgery, or during a chronic illness that may cause constant or persistent pain. Again, in topical use, this oil can also speed up healing of painful wounds and injuries. [3] 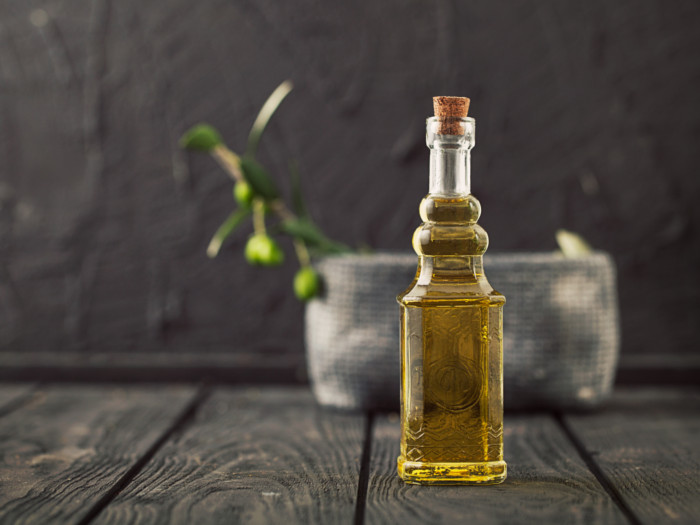 Snake oil is made from the oil of the Chinese water snake. Photo Credit: Shutterstock

Contrary to what many people believe, not all fats are bad for you, as is the case with the omega-3 fatty acid found in snake oil – eicosapentaenoic acid. This polyunsaturated fat has been linked to lower blood pressure levels, which can reduce strain on the cardiovascular system and lower your risk of heart attacks and strokes. [4]

When it comes to protecting the skin, snake oil is highly effective as it can moisturize, shield and treat the skin in various ways. Whether your skin is peeling, cracking, dry or inflamed due to infection or irritant, applying a small amount of this oil, commonly combined with other carrier oils, can soothe inflammation and promote healthier, younger-looking skin. [5]

Although research on this effect is limited, the traditional use of snake oil includes massaging small amounts into the scalp in order to prevent hair loss. It is believed that the omega-3 fatty acids and other active compounds in the oil can moisturize the skin and improve the health of the hair follicles, thus preventing premature hair loss! [6]

The protective compounds found in snake oil are not generally known as being antibacterial or antiviral, but they do function as antioxidants and anti-inflammatory substances that can reduce strain on the immune system, meaning that they can act as a tonic for overall health. [7]

The active ingredient in snake oil, eicosapentaenoic acid, has been linked to improved cognitive abilities and a decrease in neurodegenerative and nervous disorders. This includes schizophrenia, depression, dementia and Alzheimer’s. More research is needed on this subject, but early results are very encouraging. [8]

The anti-inflammatory and soothing nature of this oil is also believed to affect hormonal balance, anxiety, and mood. If you find yourself worried or angry without a good explanation, rub a small amount of snake oil on your temples, or apply it to your chest as a vapor rub, and feel your mood improve. [9]

Side Effects of Snake Oil

There are a few side effects of snake oil, such as inflammation of the skin, allergic reactions, and gastrointestinal distress, but these are mainly caused by improper consumption of the oil or the use of low-quality oil. Despite the historical connotation of “snake oil”, there are many legitimate forms of true snake oil that can provide health benefits. Doing research on the particular ingredients and sources of this oil is essential if you want it to be effective.

Rate this article
Average rating 3.9 out of 5.0 based on 294 user(s).
Read This Next:
Popular Articles