Difference Between and Benefits of Jaggery and Sugar

Jaggery and sugar are two common sweeteners used throughout the world. Although both are obtained from the same sources, they are much different in their properties and benefits.

Just as twins are different in many respects; jaggery and sugar, made from the same sugar cane juice, are different from one another. These differences must be kept in mind for their proper use.

Let us have a look at some of the differences.

The first stage of the manufacturing of jaggery and sugar is the same. This first step is the boiling of sugar cane juice. However, it changes from that point, which is explained below. 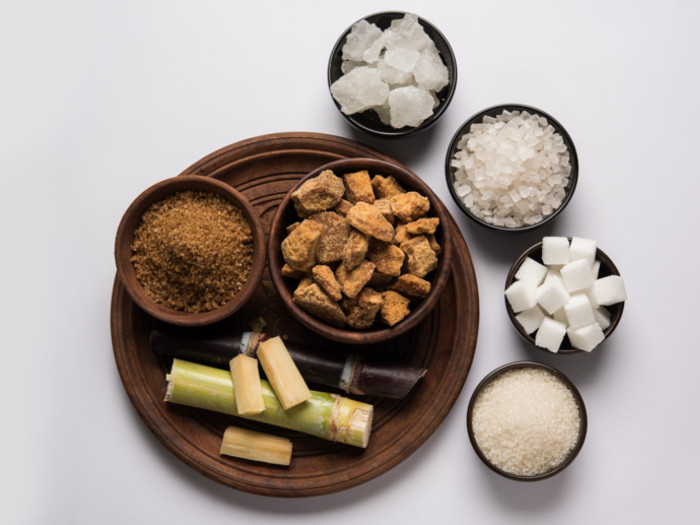 Jaggery vs sugar is a tough battle as both are high on fructose. Photo Credit: Shutterstock

Both jaggery and sugar are predominantly made up of sucrose, but there are some differences. 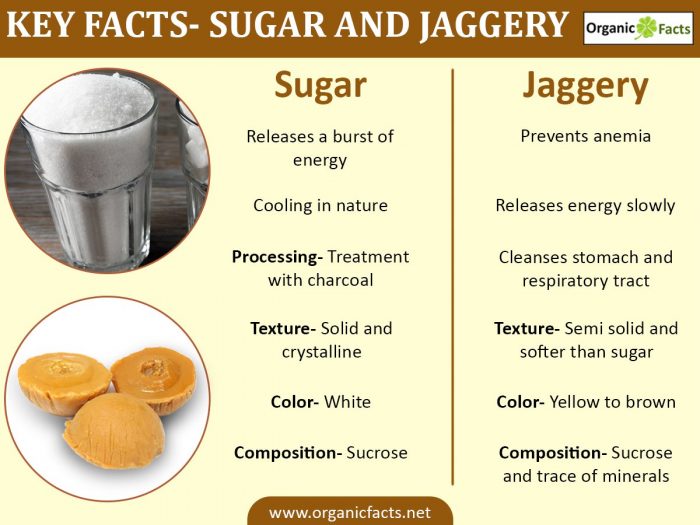 This was a comparative analysis of jaggery and sugar. Those who have not tasted jaggery yet, it won’t hurt to try. You will love its great taste and impressive health benefits.

Rate this article
Average rating 4.1 out of 5.0 based on 456 user(s).
Read This Next:
Popular Articles