The health benefits of hijiki seaweed may include its potential ability to improve the health of the digestive system, boost energy levels, strengthen bones, lower cholesterol, eliminate sleep disorders, balance hormonal activity, and improve metabolic efficiency. Hijiki may sound like an exotic food that you’ve never tried before, but there is a good chance that you’ve consumed this beneficial sea vegetable if you’ve ever dined in a Japanese home.

Scientifically known as Sargassum fusiforme, hijiki is a type of seaweed that is typically brown or dull green when cultivated or collected in the wild. It grows on the coastlines on Japan, China, and Korea, and has become a staple variety of seaweed in many cultural dishes. Hijiki is often considered one of the most versatile forms of seaweed, as it dries quickly and maintains the majority of its nutrient content, which is impressive. Once the hijiki is dry, it can be exported around the world, added to everything from soups and soy sauces to fish dishes and even stir fries. [1]

Normally, hijiki will either come in a twig-like dried form or in small buds that look like dry black tea. Both of these varieties are black in color and will swell anywhere from 3-5 times that size once cooked or re-hydrated. Japanese restaurants typically serve more common forms of seaweed, but hijiki is a very popular type of sea vegetable among home chefs in Japan, due to its availability and ease of preparation. There should be another reason; hijiki is one of the healthiest forms of seaweed that you can add to your diet. Let’s find out a bit more about hijiki’s unique mineral composition and nutrient makeup. 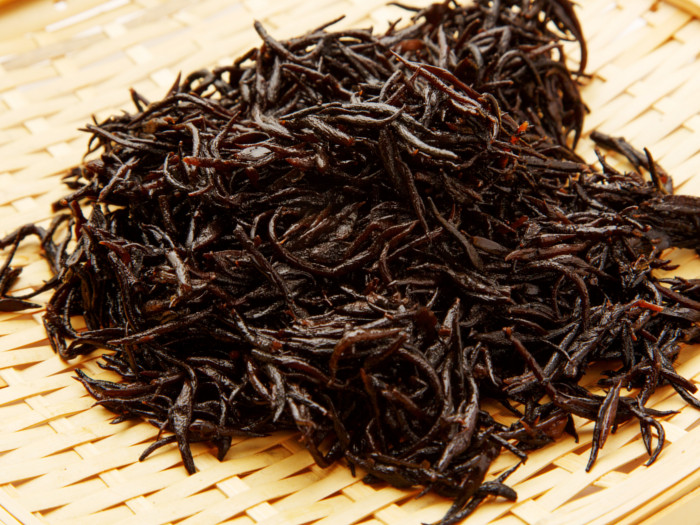 Hijiki is a type of seaweed that is very high in fiber and used in many Japanese dishes. Photo Credit: Shutterstock

While hijiki may be a tasty addition to your meals, it also serves a very functional role in the human diet. Hijiki, like many sea vegetables, contains a wide range of essential minerals for the body, as well as significant levels of dietary fiber, vitamin K, calcium, iron, magnesium, and iodine. [2]

Health benefits of hijiki include the following:

Although we rarely talk about iodine as a part of our diet, it is a crucial part of remaining healthy and keeping our bodily processes on track. Iodine plays a major role in the manipulation and balance of our hormones, as it directly interacts with the thyroid gland, one of the most important aspects of the entire endocrine system. Although excessive iodine can be dangerous, most people don’t get enough, and hijiki is a great place to find some! [3]

Seaweed is the ultimate leafy green vegetable, and like so many other veggies, it is packed with dietary fiber, which ensures that your digestive process is smooth and healthy. Dietary fiber stimulates peristaltic motion to move food through the digestive tract, maximizing nutrient intake, and reducing constipation along the way.

The iron content of hijiki is unprecedentedly high for a vegetable; some varieties that have been tested have up to 5 times more iron than chicken liver, which is considered one of the most concentrated sources for that essential mineral. This means that the prevention of anemia is very easy with hijiki as a part of your weekly diet. Proper levels of iron in your body increase your red blood cell count, which can increase oxygenation to your extremities and boost overall energy levels. [4]

One of the inevitable parts of getting old is losing our strength and having to be more concerned about the durability of our bones. However, if you have a proper influx of minerals through your diet, than you can significantly prevent the painful and debilitating condition of osteoporosis. Hijiki contains far more calcium than milk, which is often considered one of the best dietary sources. Hijiki can definitely help keep you strong and active for many years. [5]

Hijiki is not only a low-calorie food that fills you up, due to the high level of fiber, but that same dietary fiber also eliminates excess cholesterol from the cardiovascular system and helps to balance glucose and insulin levels within the body. Optimizing the digestive system has many unforeseen benefits for the rest of the body, and sea vegetables can be a great place to take advantage of them. [6]

Magnesium has been known as an effective sleep aid for many years, primarily because it can stimulate the production of certain hormones that induce relaxation and stress release, naturally lending itself to restful sleep. The potentially high levels of magnesium in hijiki mean that it would be a great late-night snack in case sleep is eluding you. All you need is a magnesium boost! [7]

A Final Word of Warning: Despite all of these health benefits, hijiki also has an unusually high level of inorganic arsenic, which is technically a toxic and carcinogenic substance. However, it would require a great deal of hijiki to accumulate enough inorganic arsenic to be dangerous, but some countries have issued warnings about consuming this sea vegetable, although no countries have banned it. As with everything, eat hijiki in moderation! [8]

Rate this article
Average rating 3.9 out of 5.0 based on 59 user(s).
Read This Next:
Popular Articles