People have been using honeysuckle and enjoying its various health benefits for centuries, but it is important to understand what it can do, and what possible side effects there could be.

Honeysuckle is a general term for the members of the Caprifoliaceae family, most of which are shrubs or climbing vines. Native to the Northern hemisphere, there are more than 175 different species of plants that are commonly referred to as honeysuckles, but some of the most well known include Lonicera japonica and Lonicera periclymenum, as these are often used for medicinal purposes. The flowers and leaves of this plant are considered useful in traditional Chinese medicine, and they are commonly made into tinctures, infusions, and teas. [1] 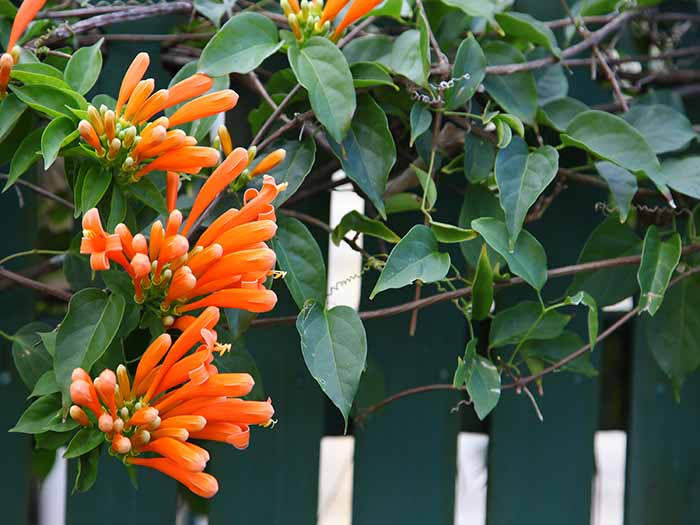 Plant the pretty honeysuckle in your backyard. Photo Credit: Shutterstock

As mentioned, there are many members of this taxonomic family, but the general appearance of these plants is somewhat similar, with long, tubular flowers of white, yellow, orange, or pink, and a broad base of leaves up to 10 centimeters long. Honeysuckle does bear berries, which are small, red, and clustered in small bunches, in most species. However, except for a few species of honeysuckle, the berries and the seeds they contain are toxic, and should thus be avoided. These plants typically need good amounts of sunlight and don’t do well if shaded by other plants. Nutritionally speaking, if you do find the non-toxic species of berries, they are a rich source of phytochemicals, organic acids, flavonoids, and anthocyanins, as well as other antioxidant substances. These compounds are also found in the flowers, and somewhat in the leaves, but in lower concentrations. [2] [3]

There are quite a few benefits to using honeysuckle for natural healing, including its ability to manage blood sugar levels, treat symptoms of nausea, and reduce inflammation throughout the body, among others.

There are some side effects that one should be aware of before using honeysuckle in any form, including its impact on the following:

Most importantly, before adding any herbal remedy to your daily or weekly health regimen, speak to your doctor.

Rate this article
Average rating 3.2 out of 5.0 based on 5 user(s).
Read This Next:
Popular Articles