Is Tilapia Bad For You?

Tilapia, a popular freshwater fish, is being tagged bad for human consumption due to a variety of reasons. Is tilapia bad for you? Should you avoid it? Before you have it on your plate or decide to leave out of your diet for a long time, let us take a look at the bad reputation of tilapia and whether it really deserves it all.

Tilapia is a freshwater fish variety, originating in the rivers and lakes of Africa. Some might recognize it as the cichlid fish. However, both are simply common names for a variety of fish in the tilapiine cichlids tribe. It is generally suited to warm waters.

Historically, cichlid was a significant fish in Egypt. In present times, it has gained commercial significance across the world. In part, this is due to the adaptability of this fish and partially due to its popularity as a choice for aquaculture.

However, its adaptability also makes it invasive. The fish thrives in several places, on a variety of food, and can cause trouble for some ecosystems. 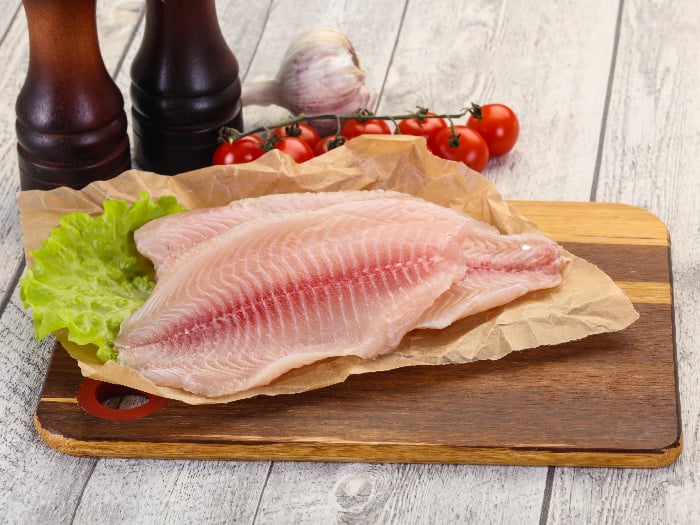 Is Tilapia Bad for You?

Following are a few concerns surrounding the tilapia fish:

Let us look at them in detail.

Tilapia is widely popular in aquaculture, which means there are numerous fish farms around the world which breed one or many types of these fishes alone. These are then exported to the markets where there is a demand for these fish.

Their simpler environmental requirements, ability to mature faster, and reproduce quickly has made them dominate over other elements of the ecosystem. They are also able to survive better with their ability to swim downstream into the saline waters in adverse conditions. Thus, when breeding these fish, they are better kept in an enclosure, otherwise, it is easier for them to escape. [2]

Considering the large-scale commercial breeding of cichlids, concerns about the safety of consuming these are on the rise. The conditions in which they are bred are a cause for concern, with reports of the fish being fed antibiotics.

Another concern regarding tilapia being unsafe for consumption is for them being genetically modified or engineered. No such GM or GE varieties of tilapias have yet been approved by the FDA for consumption.

What the farm-bred tilapia are being fed and the conditions of these farms is also a cause for concern. Previously, reports have surfaced of tilapias in farms being fed livestock manure, thus giving rise to a risk of contamination. It was also noted that tilapias are raised in overcrowded and unhygienic conditions. However, no recognized agencies have issued any such warnings. [3]

Is Tilapia Safe for Consumption?

If sourced reliably, this fish is safe for regular consumption. The FDA recommends it, as it is a fish with low levels of mercury, thus making it one of the safe choices. It is safe to have 2-3 servings a week, provided it has been purchased from reliable sources. [4]

Preferably, buy locally grown or fished tilapia. If that is difficult, opt for one that comes from a known, safe source.

Finding the best tilapias might not always be possible. And considering the risks associated with it, it is best to avoid eating tilapia, unless you are sure that it is safe for you. In such cases, here are some options you could consider:

Depending on the region, you could find several varieties of tilapia. You could also find options for the same which come close in taste, texture, and nutrition.