Olive Oil in Ear: Safety & How to Use

Using olive oil in ear is not the most common remedy, and is slightly controversial, but there are some conditions where it has shown to be effective.

Is it Safe to Put Olive Oil in Ear?

Generally speaking, it is safe to use olive oil in your ear canal, provided there aren’t any ruptures and your eardrum is fully intact. Olive oil should not always be administered in the case of pain in the ear unless it is directly related to earwax impaction. If the pain is due to a rupture, you should avoid the use of olive oil in the ear. In most cases, however, olive oil can be administered to soften the earwax, but it won’t cause it to dissolve or fall out. The wax must still be physically removed from the ear canal. [1]

Other than earwax impaction, olive oil can also be used to help with the symptoms of tinnitus, as well as certain ear infections, thanks to its antioxidant and anti-inflammatory nature. When used in the ear, olive oil is typically administered in the form of warm ear drops. [2] 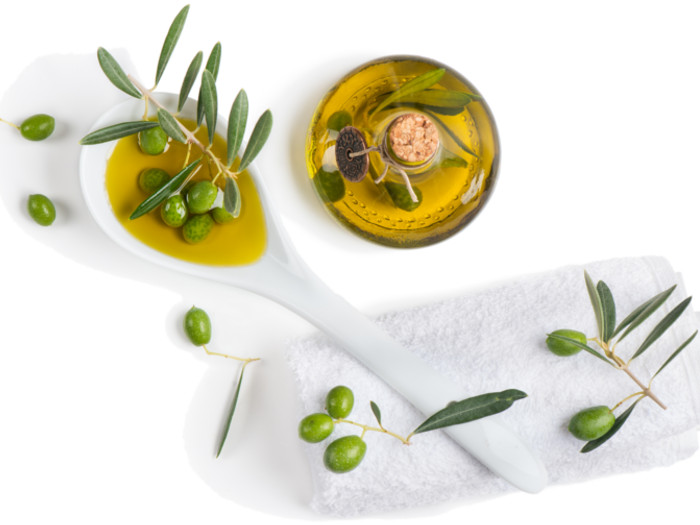 How to Put Olive Oil in Your Ear?

If you are going to use olive oil in the ear, there are a few guidelines that you should follow, regardless of what condition you are trying to alleviate.

If you do this for a few days, all of the earwax should be broken up and flushed out of the ear. Many people who suffer from tinnitus are actually experiencing a side effect of having too much earwax, so this at-home remedy can have multiple benefits! [4]

Rate this article
Average rating 3.7 out of 5.0 based on 16 user(s).
Read This Next:
Popular Articles