If you’ve never tried a Persian cucumber, you’re missing out on a sweet and crunchy vegetable that has quite an impressive nutritional profile.

What is a Persian Cucumber?

If you have ever spent any time in the Mediterranean region, you have likely come across Persian cucumbers, either in your meals or as an appetizing snack. These miniature cucumbers don’t exceed more than 5 inches in length, but they are sweet and seedless and are very popular. They have been cultivated for more than 3,000 years in that region, and are an ideal addition to your diet due to their versatility. While normal cucumbers have a bad reputation for making you gassy, these are also considered burp-less cucumbers, and can be eaten with or without the skin – the flavor remains unaffected. [1]

Offering a perfect combination of sweetness and crunch, these cucumbers are often pickled and preserved. You can often find these cucumbers in Canada during the summer, but they are cultivated and available all year long in the United States. Similar to their larger cucumber cousins, these apparently basic vegetables also offer a range of beneficial nutrients. [2] 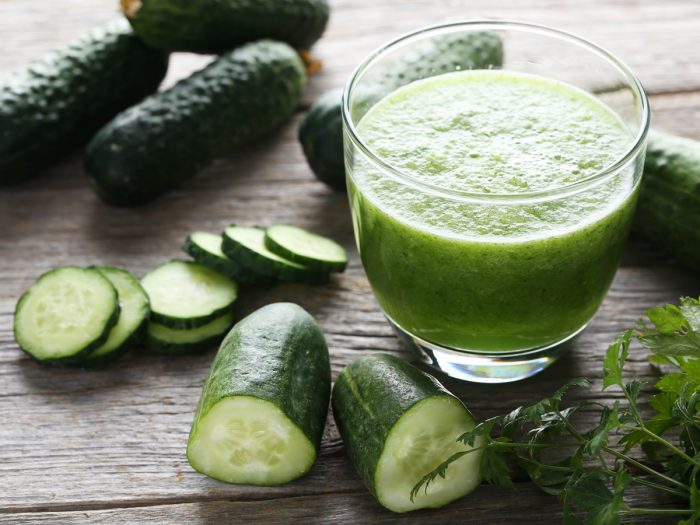 Add some cubes of pineapple or apple in cucumber juice for a tropical twist. Photo Credit: Shutterstock

Persian cucumbers possess a good amount of dietary fiber, vitamin A, vitamin C, and silica, as well as a high content of water and a very low-calorie content. In fact, 100 grams of this cucumber will deliver less than 20 calories, making it a very popular food for those trying to lose weight. [3]

In terms of uses of Persian cucumber, it is a very useful ingredient in the kitchen. Similar to regular cucumbers, it can be sliced and added to salads for a sweet bite. Furthermore, since it doesn’t contain any seeds and the skin is extremely thin, you can puree these miniature cucumbers for various recipes, such as sauces, dips, and soups. Traditionally, people would chop up these slightly sweet vegetables and mix them in with yogurt, as well as a hint of mint. Other cultures have sliced long strips of these cucumbers and served them spiced or with lemon juice as an appetizer.

These cucumbers are also great for chopping up into a salsa, added as a pizza topping, or as a quick-fried side dish for a protein dish, such as grilled chicken. Basically, if you could use a cucumber for something, you can replace it with a Persian cucumber for a slightly sweeter and more hearty taste.

Due to their rather unique consistency, appearance and taste, there aren’t too many vegetables that can replace this type of cucumber in a recipe, but regular cucumbers are certainly the best. Maintaining much of the same nutritional quality, and lacking only the sweet crunch, ordinary salad cucumbers are always a safe substitute. However, if you don’t have any cucumber varieties on hand, you can always replace these cucumbers with zucchini (particularly in hot dishes).

Rate this article
Average rating 4.4 out of 5.0 based on 19 user(s).
Read This Next:
Popular Articles