There are a number of excellent popcorn substitutes that can be healthier options and may simply add a bit of variety to your late-night snacks.

It is a very popular snack around the world. These popped corn kernels are usually popped in a high heat oil, and seasoned with salt and butter. From baseball games to movie nights, popcorn is considered a beloved tradition.

The reasons for wanting healthy popcorn substitutes can range from gluten-free diets to corn allergies, or just basic health reasons. Luckily, there are several alternatives to this crunchy, salty snack food such as amaranth, cauliflower, sorghum, barley, and quinoa among others. [1]

Amaranth is not actually a grain, but a seed. These low-carb, high-protein seeds are smaller than quinoa and have a golden color. Because it is a seed, amaranth is naturally gluten-free. Popped or puffed amaranth is popular as a snack everywhere, but this is particularly true in Mexico, where it is used instead of puffed rice in candy. When popping amaranth, it’s important to not use a lid on the pot or oil, to avoid dangerous steam build-up. 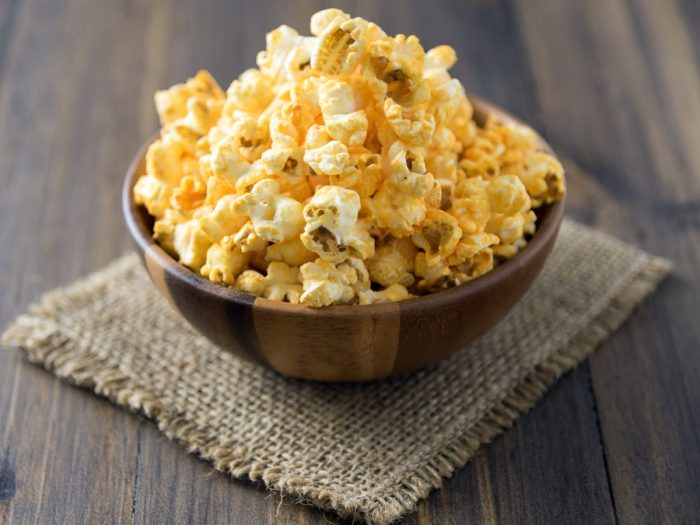 Sorghum is an ancient grain, which means it is one that has escaped the genetic tinkering of industrialization. It’s an excellent alternative for people who are allergic to popcorn, and it is gluten-free. Sorghum acts very much like popcorn kernels when you pop it. It explodes into a soft, small popcorn-looking puff, with a crunchy, hearty taste. Furthermore, with 3 times the calcium as popcorn, it’s a slightly healthier alternative. [2]

A great alternative for people trying to stay away from grains, cauliflower popcorn is a lot easier to make than it sounds. Simply cut up florets of cauliflower, shake them with salt, pepper, and nutritional yeast, and then dehydrate the mixture. You will get the crunch and cheesy flavor of popcorn, without the calories or fat.

Quinoa is another ancient grain known to be packed with protein and amino acids. It is another popular alternative to puffed rice. When popped, quinoa becomes a light, fluffy snack that can also be used as a breakfast cereal with milk. Rinse your quinoa first to remove a residual bitterness. When popping, use a high-sided pot and no lid, in order to avoid a build-up of steam and burning. No oil is needed, and quinoa should be puffed dry. [3] 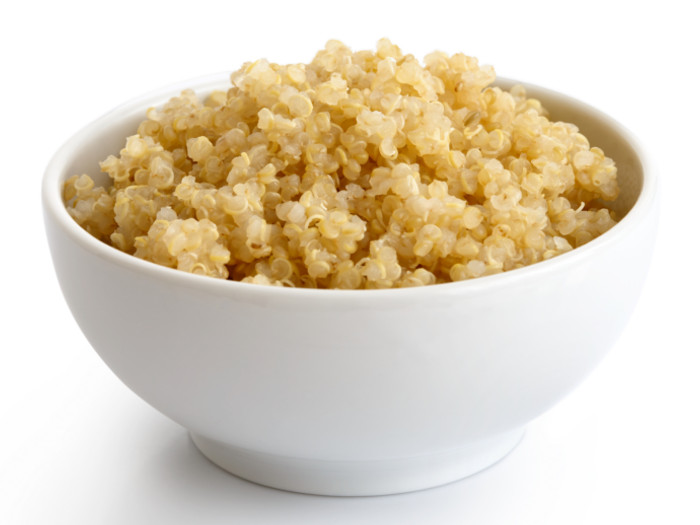 The quinoa plant itself is more similar to beetroots and spinach. Photo Credit: Shutterstock

Barley is a grain that most people only use for hearty dishes like bread and soups. However, it can be puffed up much like sorghum or quinoa to become a light, crunchy snack. Barley is known to be an excellent source of fiber, which improves digestion and helps support weight loss. Therefore, popped barley can be a perfect low-calorie alternative to popcorn as a late-night snack. [4]