Smoking catnip may not be the primary use of this herb, but it does have certain effects on the body you should know about before trying it.

Catnip scientifically known as Nepeta catariais an herbaceous plant in the mint family that has a range of effects on humans and other animals and can be consumed in a variety of ways. Sometimes referred to as “kitty pot”, catswort or field balm, it can create a sense of relaxation, pleasure, and giddiness in animals, and apparently, can also affect humans in a similar way. [1]

Catnip has been used for thousands of years for teas and tinctures, and people have also been smoking it, similar to smoking cannabis, white sage or mugwort, among others. Nepetalactone is the active ingredient, which intoxicates cats and sedates humans. While there is some debate as to whether smoking this herb is an effective anxiolytic or psychoactive treatment, anecdotal evidence points to various surprising benefits. [2] 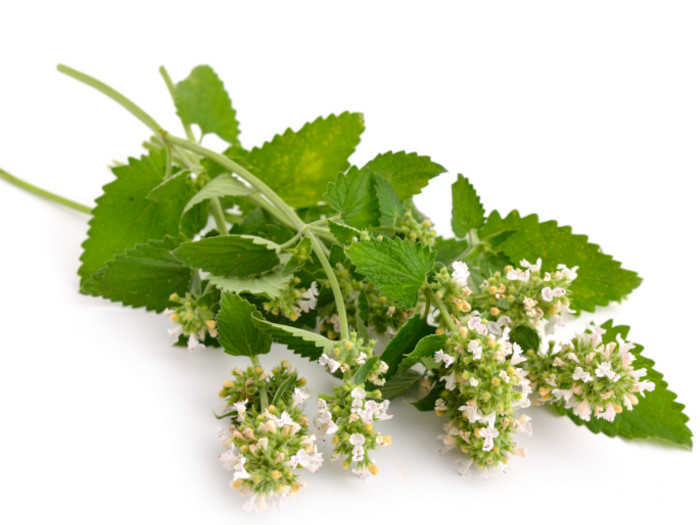 The names catnip and catmint are derived from the intense attraction that cats have towards them. Photo Credit: Shutterstock

There are benefits of smoking catnip, including the following:

The sedative effect of this herb is known to promote good, restful sleep by inducing the release of key neurotransmitters. When combined with damiana or valerian and smoked, this herb can also enhance the vividness of your dreams! [3]

Some people have reported that smoking catnip can work as a laxative, helping to flush out the digestive system in the case of constipation, bloating, cramping or gastrointestinal infection. [4]

Anecdotal evidence describes the warming effect of catnip, as though it is gradually seeping into the body and increasing the temperature, beginning in the throat and neck and moving into the chest. This can be a comforting and sleep-inducing effect.

If you suffer from anxiety, nervous system problems, insomnia or psychological disorders, smoking this herb could result in mitigated symptoms. There are no psychoactive effects of this herb, except for possible time dilation, but it is known to soothe a troubled mind after a long day.

Smoking this herb is able to stimulate uterine contractions, which is directly linked to menstruation. If you have irregular periods, smoking this herb may help to get you back on track. [5]

People crush or chew the leaves and position them on their gums in order to soothe toothaches, but smoking catnip may also help. [6]

Side Effects of Smoking Catnip

Despite the impressive benefits outlined above, there are also some negative side effects when it is smoked in excess, such as the following:

There have been no reports of toxicity while smoking, but the nepetalactone can cause gastrointestinal distress in some people, as well as headaches or lightheadedness. Due to the effect on uterine contractions of this herb, pregnant women should avoid smoking it.

Rate this article
Average rating 3.8 out of 5.0 based on 135 user(s).
Read This Next:
Popular Articles