Finding a marjoram substitute is quite easy, and is probably already in your spice rack! So, if you’re struggling to find this perennial herb, you can look up for the ones mentioned ahead.

Marjoram is a perennial herb scientifically known as Origanum majorana and is commonly used for various culinary applications. This herb has a strong citrus and earthen aroma, making it a popular spice in many soups, seasonings, stews, and sauces. While it is closely related to oregano, they are distinctly different species in the same genus, but they do have similar uses in cooking. [1]

If you need a marjoram substitute, some of the best options include oregano, savory, thyme, and za’atar, among others. If your recipe calls for fresh or dried marjoram, the opposite form is your best alternative; otherwise, choose from the following.

As mentioned, oregano is closely related to marjoram and has a very similar flavor profile. However, oregano is significantly more potent, so add a bit less than the recipe calls for of marjoram, or else it could overpower the dish. [2] 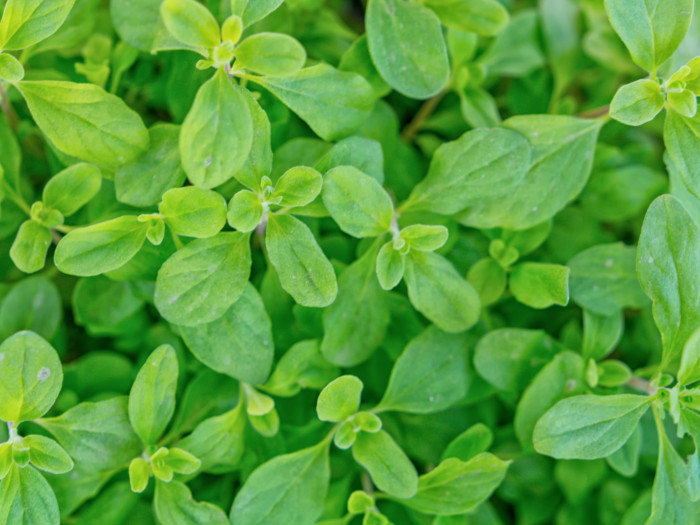 This is another spice that is often found in Mediterranean cooking and is a particularly good replacement for marjoram in poultry dishes and other meats, due to its potent and slightly citrus taste.

Although savory isn’t as sweet as marjoram, it can still provide a pleasant bite to many sauces, soups, and stews, and can fill the flavor gap of marjoram.

As the name implies, this is an ideal spice blend for poultry dishes, and since marjoram is often included in such preparations, this is a good replacement.

This spice can stand alone, but it’s also in poultry seasoning, which can serve a similar purpose to marjoram in many savory meals. [3]

The dried leaves of the basil plant can closely mimic the taste of marjoram in a dish, and while it isn’t as good as oregano, it will do in a pinch!

This is a fresh herbal blend, commonly found in Europe and the Middle East, which contains a certain concentration of marjoram. While the flavor is slightly different, za’atar can be substituted in certain sauces and stews.