If you ever need a cream of tartar substitute, there are a number of viable options for your recipes.

Cream of tartar is a powdery and acidic byproduct of winemaking, namely something that is left behind when the grapes are fermented. Chemically known as potassium hydrogen tartrate, this is a common ingredient in many baked goods and desserts, as it can thicken and stabilize foods like angel food cake and meringue toppings. It can also be used to stabilize whipping cream and retain the color of vegetables when you cook them. [1]

The best cream of tartar substitutes includes buttermilk, yogurt, baking powder, and white vinegar, among others.

One of the best options as an alternative is lemon juice, as this highly acidic fruit juice can similarly stabilize baked goods and prevent sugar from crystallizing when you are making cookies and cakes. It will also work if you’re using cream of tartar for meringues. [2]

The simple ratio you need to remember is that for every teaspoon of cream of tartar, use two teaspoons of lemon juice. 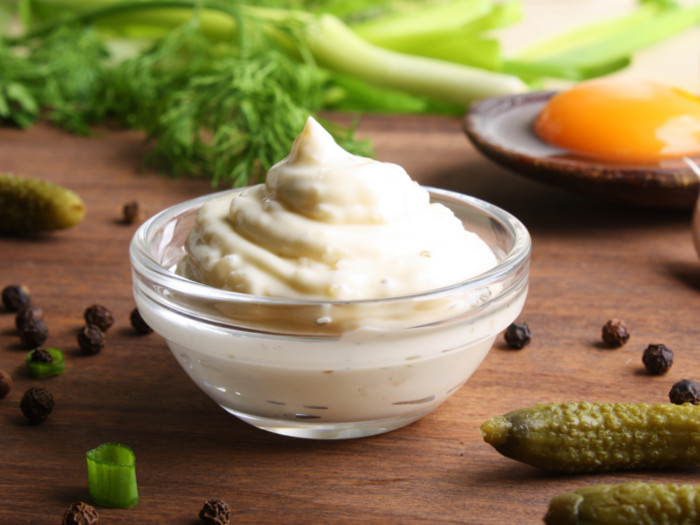 Whenever you’re working with egg whites, white vinegar can accomplish most of the same things as potassium hydrogen tartrate, due to its acidity.

You can also replace the cream of tartar in a 1:1 ratio with vinegar.

When a recipe calls for the use of cream of tartar and baking soda, they are actually asking for baking powder, which is what those substances make. Obviously, you can shorten your recipe by using baking powder from the start! [3]

Add 1.5 teaspoons of baking powder for every teaspoon of cream of tartar and your recipe will be good to go.

Primarily when making baked goods, you can mix a bit of yogurt with milk to thin it out, and then mix it into a recipe. You will want to remove 1/2 cup of liquid from the recipe for every half-cup of yogurt you use to retain consistency.

For every gram of cream of tartar, omit 120 ml of liquid from the dish and restore it with 120 ml of yogurt that has been thinned out with milk.

With a similar level of acidity, buttermilk can replace cream of tartar in most recipes, but again, you will need to compensate for the buttermilk liquid by removing equal amounts of other liquid from the recipe.

The simple combination here is that for each gram of cream of tartar, remove a half cup of liquid from the recipe and replace it with a half cup of buttermilk.

Word of Caution: Potassium hydrogen tartrate has a rather distinct taste, so when using a cream of tartar substitute, it is important to consider what the final effect on the flavor of the food will be. If it is a tangy flavor that is desired, such as in a snickerdoodle cookie (which often contains cream of tartar), using an alternative ingredient may change the end product in an unwanted way.

Rate this article
Average rating 3.6 out of 5.0 based on 7 user(s).
Read This Next:
Popular Articles