What is Sun Tea?

Drinking sun tea is a classic tradition for many cultures around the world, but there are certainly some people who don’t know about this unique summer beverage.

What is Sun Tea?

Quite simply, sun tea is a tea that is brewed using only sunshine, water, and time. Unlike steeping tea bags in hot water, sun tea is simply made by adding 3-4 teabags to a large glass jar of water and setting it directly in the sunshine for 2-3 hours. Although many people don’t know this, tea can brew in cold water and hot water; it simply takes longer with the former. The sun can heat the water up enough to release the active ingredients in the tea, but unfortunately, it doesn’t warm the water enough to kill any bacteria, which is where some of the risks arise. [1] 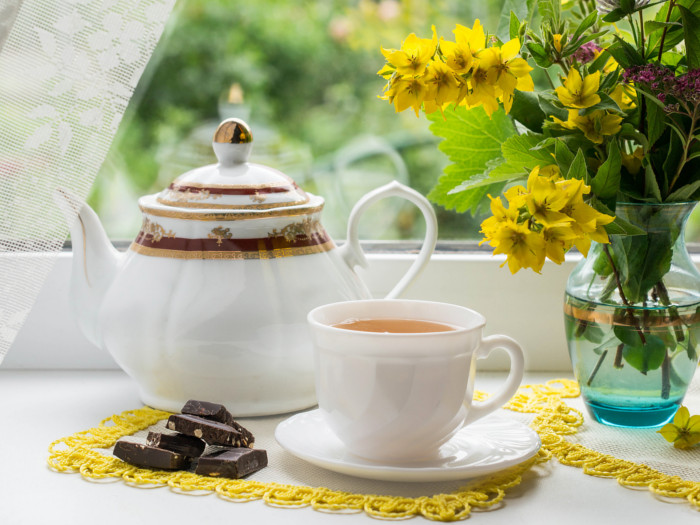 A great way to make some tea without heating up your kitchen is to use the power of the sun to make sun tea. Photo Credit: Shutterstock

There are some who advise against drinking sun tea due to the risk of bacterial contamination of the beverage. If this bacteria is allowed to flourish in the few hours that the tea is steeping, it could make whoever drinks the tea quite ill. Fortunately, there are some ways to avoid this problem, such as boiling the tea before using it to make the tea or visually inspecting the surface of the tea after refrigerating it for a few days. [2]

You can make sun tea quite easily at home, with any type of tea you might want – black tea, green tea, and anything in between. Caffeinated teas tend to have a lower risk of bacterial contamination.

Excessive consumption of this tea can cause stomach upset, nervousness or anxiety, particularly if you use caffeinated tea. [3]

Rate this article
Average rating 4.5 out of 5.0 based on 10 user(s).
Read This Next:
Popular Articles