You may need an allspice substitute in the kitchen, but luckily, there are many other spices that can mimic both the flavor and the nutrient profile of this potent spice.

Allspice, composed of the ground dried berries of the Pimenta dioica tree, is found in Mexico, Central America, and other tropical areas of the world. It is most commonly seen as a ground spice in North America and other western countries. The name is derived from the unique flavor of allspice, which seems to be a unique combination of cinnamon, cloves, and nutmeg. Packed with antioxidants, such as eugenol, and other active ingredients, this spice is known to have anti-inflammatory, anti-flatulent, and carminative properties. [1] 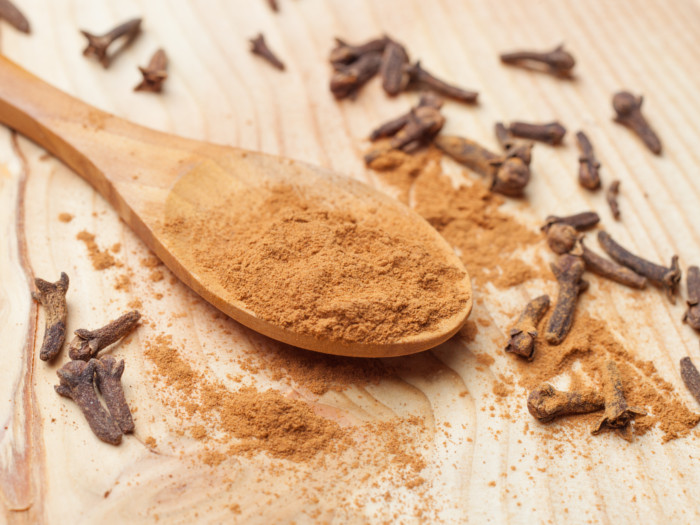 You can add ground cloves to the dishes of your choice, be it a pudding, tea, or stew. Photo Credit: Shutterstock

Considering that allspice is commonly described as a combination of these flavors, using equal parts of nutmeg and cinnamon can often work as a great allspice substitute. The flavors will match up nearly perfectly, particularly if you are cooking a sweet dish or a dessert. [2]

The warm and sweet flavor of pumpkin pie spice may not be the first thing you think of as a replacement for allspice, but a few pinches of this spice can easily mimic this spice, even in savory meat or caramelized dishes. [3]

Cloves have a similar earthy and spicy flavor as allspice, and in ground form, they have a similar consistency. The flavor is slightly stronger in cloves, however, so use this as a replacement sparingly, perhaps 1/2 of the recommended amount of allspice.

Mace is the spice that is made from the aril – the red covering – of the nutmeg seed. Bearing a remarkable resemblance to nutmeg in flavor, this can also be used in a 1:1 ratio to replace allspice. [4]

If you don’t have ground allspice berries, you can simply add some of the whole berries to your dish, particularly sauces or savory stews, and they will impart exactly the flavor you want.

Although ground cloves are preferable, whole cloves can also be tossed into a dish, where they can closely mimic the flavor of allspice. [5]