Anise tea is a flavorful and unique tea that can be enjoyed year-round as a nutrient-packed beverage with a number of health benefits.

What is Anise Tea?

Anise tea is an herbal tea prepared with the seeds and leaves of the anise plant, which bears the scientific name Pimpinella anisum.  [1]Anise has been cultivated and widely used in the Middle East and the Mediterranean region for thousands of years, both as a culinary ingredient and as an element in natural health practices. As a medicinal tool, anise is most commonly made into a tea, although the essential oil of these seeds is also sought after.

Anise has a very recognizable flavor, similar to licorice, tarragon, and fennel, and while this makes it unappealing for some people, it remains widely popular.

The most important health benefits of anise tea may include relieving digestion problems, cough, asthma, and sore throats, boosting immunity, stimulating the appetite, and soothing inflammatory conditions, among others.

One of the oldest uses of anise tea is as a mild laxative. Drinking this tea when you are feeling a bit blocked up can quickly stimulate the movements in your colon and relieve symptoms of constipation. [3]

This tea has a number of active ingredients and possibly anti-inflammatory compounds that make it a soothing and relaxing beverage, both mentally and physically, such as for conditions like arthritis, gout, headaches, and chronic injuries. [4]

May Boost The Immune System

With potential antiviral and antibacterial compounds in these powerful seeds, a cup of this tea makes for an excellent immune system booster, in addition to the various antioxidants found in this beverage. [5]

Functioning as an expectorant and a potentially anti-inflammatory agent, this tea can soothe any irritation in the respiratory tracts, ease your need to cough, and soothe sore throats, while also neutralizing the underlying infection or pathogen causing the symptoms. [6]

May Aid in Lactation

Although using any herbal remedy during pregnancy or breastfeeding should be done carefully, there is good evidence that anise tea can increase milk production and lactation, in case you are struggling to keep your infant fed. [7] 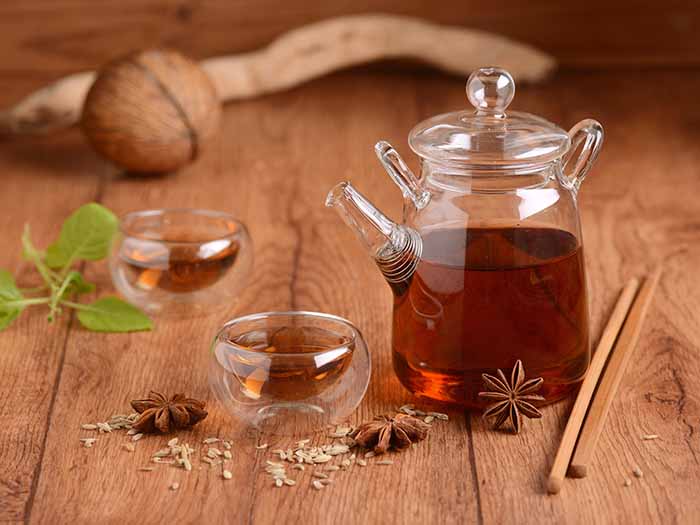 There is a lot of anecdotal evidence that anise tea can help to stimulate the appetite, helping people who are recovering from surgery or illness, as well as those suffering from an eating disorder. [8]

Anise has certain hormone-mimicking properties and the potential ability to regulate hormone fluctuations in the body, helping everything from sleep issues to PMS. It can even stimulate menstruation. [9]

How to Make Anise Tea?

Making your own anise tea at home is quite simple and only requires dried anise seeds. You can also make decoctions or infusions – weaker brews – with the dried leaves or fresh seeds. Take a look at the recipe below. 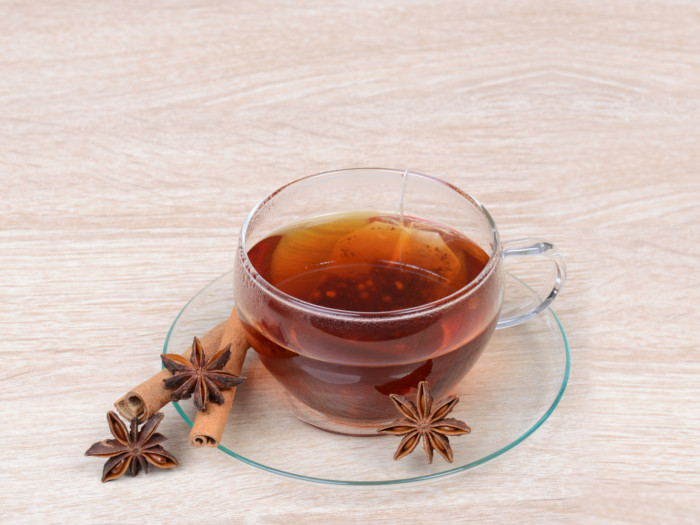 If you want to enhance the flavor of the tea, you can add other spices like cardamom seeds, cinnamon sticks, ginger root, solomon seal root, and cloves, which go exceptionally well with star anise.

There are some side effects, which you should be aware of, before adding anise tea to your diet. These side effects include interactions with other medications, allergic reactions, and potential complications in pregnancy.

Rate this article
Average rating 3.9 out of 5.0 based on 154 user(s).
Read This Next:
Popular Articles