Drinking apple cinnamon tea is a warm and delicious way to improve your health in several ways.

What is Apple Cinnamon Tea?

As the name implies, apple cinnamon tea is a tea made with brewing tea, apple peels, cinnamon, and assorted other teas into a seasonal and nutrient-dense beverage. Apples and cinnamon are well known in their own right for their individual health effects, and both are considered healthy foods. When combined with antioxidant-rich tea, potential health benefits increase even more. The aroma of apple cinnamon tea is immediately welcoming, as it is one of the most pleasant, woodsy, and sweet flavor combinations of any tea. [1]

To understand the nutritional facts of this tea, you need to consider all the factors. Black tea is rich in polyphenolic compounds and other antioxidants that can benefit health, as well as about 50-60 milligrams of caffeine. Apple peels are good sources of calcium, potassium, and vitamin C, as well as other natural antioxidant compounds. Cinnamon has many active ingredients, such as cinnamaldehyde and other water-soluble nutrients that will be infused in the tea. [2] 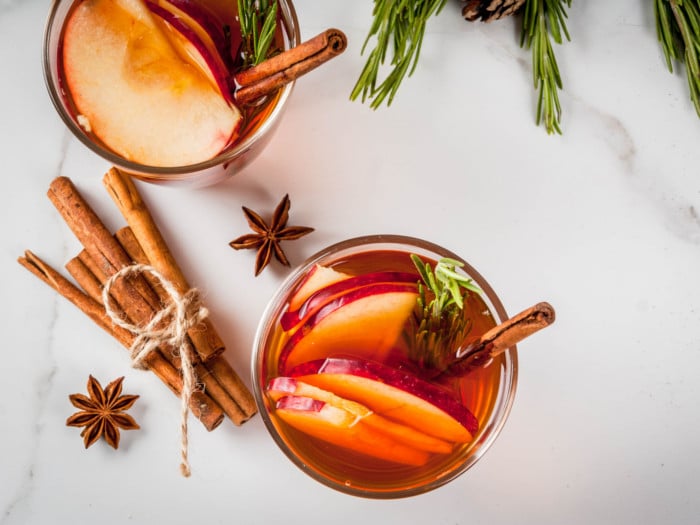 Apple cinnamon tea has health benefits which may include its possible effect on diabetes by regulating blood sugar and balancing the cholesterol levels. It may also help in managing weight loss and digestion, among others.

May Aid in Managing Diabetes

The active ingredients in cinnamon have been directly linked to lowering blood sugar and regulating insulin levels in the body, which is great news for people with diabetes. It reduces risk factors associated with diabetes. [3]

May Aid in Managing Cholesterol Levels

Both the apple and cinnamon components of this tea are connected to reducing triglyceride levels in the body and lowering overall cholesterol; for example, apple peels are known to contain compounds that speed the metabolism of cholesterol in the body. [4]

The dietary fiber that is found in both cinnamon and apples, as well as the antioxidants and vitamins in these ingredients, can help to optimize the digestive process and ensure that waste is being removed efficiently, thus eliminating symptoms of constipation and stomach upset. [5]

This tea has been linked to suppressing the appetite, while still delivering certain key nutrients that we need, which can provide an energetic boost, without compromising our caloric or weight loss goals. [6]

May Help in Pregnancy

Although many herbal teas are not recommended for pregnant women, a decaffeinated version can be soothing and even help to regulate fluctuating hormone levels during pregnancy.

How to Make Apple Cinnamon Tea?

You can brew this autumnal favorite at home with ease, provided you have a bit of patience. Let’s take a look at the recipe below. 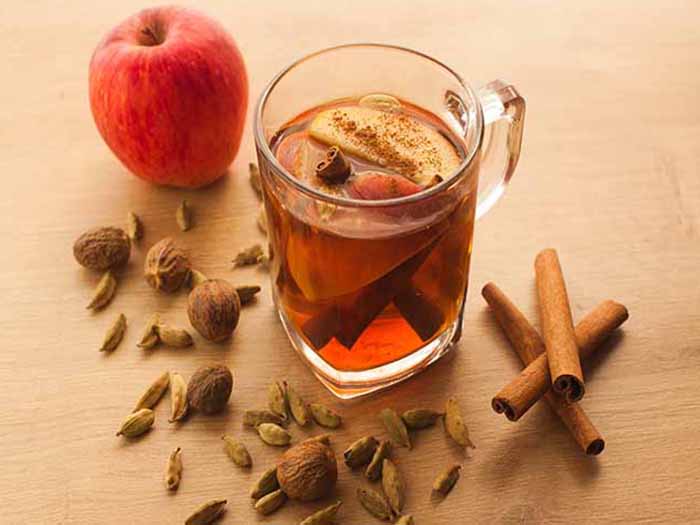 Some variations of this tea include adding honey or cloves, as well as topping the tea with a splash of milk. Ensure that you do not use tart apples as that can turn the tea sour. You can make the tea frothier by pouring the mixture from a height through a strainer.

If you have tried this recipe, we would love your feedback in the comments section below. And while we can’t taste it, we would love to see how it turned out! You can connect with us on Facebook or Instagram and tag your picture with #organicfactsrecipes. [10] [11]

Rate this article
Average rating 3.9 out of 5.0 based on 177 user(s).
Read This Next:
Popular Articles