Understanding the best fontina cheese substitutes is important for certain recipes, or simply if you want to add some new flavors to your cheese and crackers routine!

Good fontina cheese substitutes are semi-hard, similar to fontina, an Italian cow’s milk cheese. Young fontina is very soft and melts well. Mature fontina is hard, with holes inside the cheese, and a very distinct nutty, buttery flavor. Fontina is a popular cheese for fondue and sauces, and pairs well with savory meats and mushrooms, particularly truffles.

If you cannot find fontina at your local shop, there are several substitutes for fontina cheese such as gouda, gruyere, taleggio, provolone, Emmental, mozzarella, and edam among others.

One of the world’s most popular cheeses, gouda originated in the Netherlands. It has a firm, creamy density that melts well. The flavor of gouda gets stronger as it ages, like fontina, but retains a butteriness that pairs with wines and strong sauces. [1] 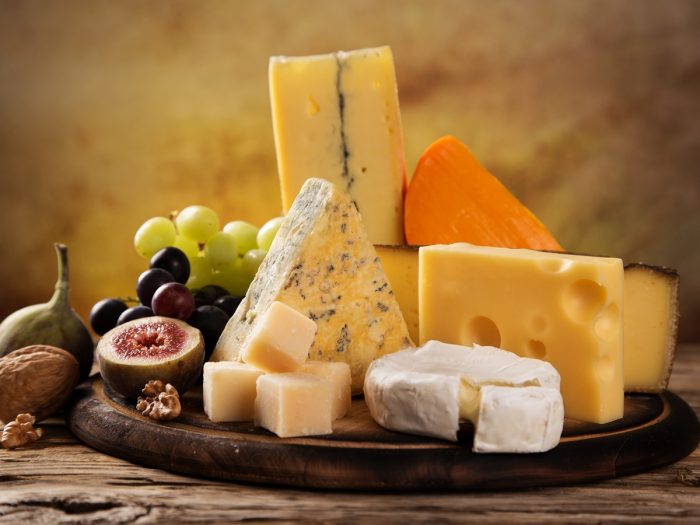 Gruyere is a Swiss cow’s milk cheese, yellowish in color, that can be substituted for fontina in several applications. It is considered one of the closest matches to fontina. It bears more of a resemblance to mature fontina, with a dense texture and strong, nutty flavor. Gruyere is best in soups, sandwiches, and pasta.

Taleggio is another Italian cow’s milk cheese that is similar to fontina in terms of its high-fat content and strong distinctive smell. It pairs best with meats and is popular in sandwiches and on pizzas. [2]

Provolone is a mild Italian cheese that substitutes best for fontina in baked pasta and soups. It is very popular as a sandwich cheese. The flavor is very mild and it has practically no smell, making this a good switch if you are cooking for someone who prefers less pungent cheese.

Also known commonly as Swiss cheese, Emmental is a Swiss cow’s milk cheese that is hard and pungent. It is best used as a fontina substitute on sandwiches and in fondue, where the nutty flavor comes out best. [3]

If you want the gooey and melty quality of fontina, mozzarella will not disappoint. However, the flavor of this Italian cow’s milk cheese is extremely mild, with little to no bite, and will not be able to replace fontina’s earthy flavor.

Edam is another cheese from the Netherlands that melts well, like fontina, with a mild, nutty flavor. It is popular for melted or baked dishes but also pairs well with fruit and wines as a table cheese. It has a low-fat content, so substituting edam for high-fat fontina will help those who are counting their calories. [4]

Rate this article
Average rating 3.8 out of 5.0 based on 5 user(s).
Read This Next:
Popular Articles