The primary reason why you eat food is survival. The next on the list can be that you love eating, but have you ever considered eating foods that boost sex drive?

For example, there are certain types of meals that you can consume if you are looking for a boost in energy or to optimize your digestion. Similar to that, there are foods that present natural ways to increase stamina and boost sex drive. The truth is that balanced nutrition will not only promote your overall health but your libido, too.

Take A Bite Of These Foods That Boost Sex Drive

There are foods that boost sex drive like oysters and chocolate. These kinds of foods can assist in increasing testosterone and progesterone levels. We did the groundwork for you and found 10 science-backed foods that enhance libido. 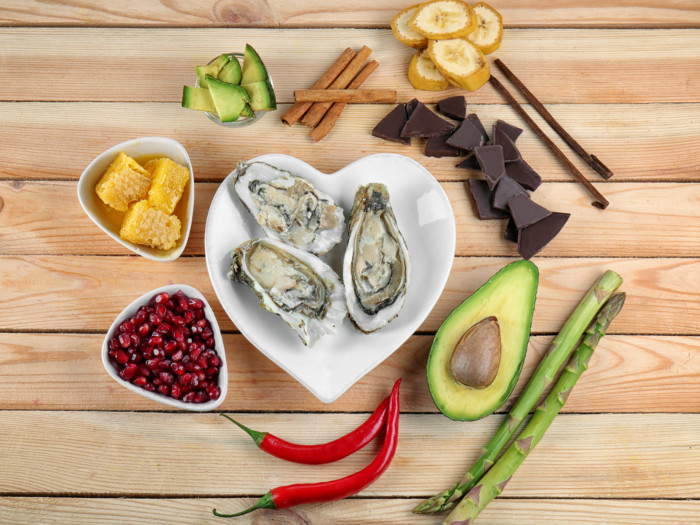 Maca is a type of ginseng native to Peru. Since ancient times, it has been considered an aphrodisiac in this region, but the truth is that the root is its primary edible and usable part. It is believed that this plant can help to reduce anxiety and stress and promote happiness by acting with the CB1 cannabinoid receptor.

Maca root extract can also boost sexual performance and help men to resolve issues with mild erectile dysfunction. That is why numerous male enhancement supplements contain this compound. Research that included both male and female participants showed that this herb can also boost libido in both sexes. If you add that maca may be able to reduce fatigue and increase energy level, you get a combo of positives for both sexual and overall health. [1]

Oysters As An Aphrodisiac

Oysters are a worldwide popular aphrodisiac but are there truth to those claims or they just have good marketing? When the scientists tried to discover what could benefit sexual health in oysters, they found two amino acids – NMDA (N-Methyl-D-Aspartate) and D-ASP (D-aspartic acid). These two are linked to increased testosterone levels in men and progesterone in women, but it is emphasized that you should consume them raw if you are looking for optimal effectiveness. [2]

Oysters also have a certain amount of zinc, which can also play a role in boosting blood flow and low testosterone levels, which is particularly important for men. These mollusks are also rich in other nutrients, including minerals like magnesium, iron, calcium, and potassium, as well as vitamin B12. Thanks to that, they can help to boost bone health while the nutrients take part in supporting the immunity.

Did you know that fenugreek is actually a legume? Some supplements are even named after this ingredient and that doesn’t come to a surprise as it has a fairly long list of benefits. You might have encountered a male enhancer containing testofen, which is an extract of this herb that can boost male sexual desire by assisting in increasing testosterone levels. Men can also experience an improvement in their strength and energy levels due to the enhanced production of this hormone. [3]

Include Ginger In Your Meals

Ginger is an extremely popular spice most frequently used in Middle Eastern and Asian cooking. It adds a unique taste to our meals and is considered to be a superfood when it comes to nutritional benefits. Some of the nutrients it contains are iron, magnesium, vitamin C, and vitamin B6, but it is also an excellent source of fiber. It is often used in arthritis supplements as it can act as a pain-reliever while not causing digestive problems.

This herb is a top one in the list of foods that boost sex drive – it works by supporting your body’s natural testosterone production. Ginger can be helpful even if you have diabetic problems, at least if we are to judge after a study conducted on rats. According to that research, its androgenic and antioxidant characteristics had a positive effect on male rat reproductive function. [4]

Garlic As a Libido Booster

Garlic is an aromatic that won’t leave you indifferent and most people either love or despise its taste and smell. However, nobody can neglect its health benefit and the fact that it is a great fit into virtually every diet. Its most known benefit is that it can significantly boost immunity and protect against infections. The protective properties can also be applied to the skin. Not only it can maintain the health of skin cells, but it may also delay the aging effects thanks to its antioxidative properties.

Aside from that, garlic can be helpful when it comes to male sexual desire. It can play a role in testosterone production, which is related to libido increase, but can also positively affect male sexual performance and energy levels. The question is whether you or your partner won’t mind the specific smell of garlic that often remains hours after you eat it?

Get Healthy With Spinach

Leafy greens are filled with antioxidants and other nutrients, including iron, calcium, folate, thiamin, vitamin C, fiber, zinc, etc. The list is extensive and there is a good reason why spinach is Popeye’s favorite food. Yes, eating spinach can boost muscle growth, but the long list of benefits also includes stronger bones, regulating blood pressure, and blood sugar levels.

Health benefits are there, but what about sexual advantages? Men will be glad to hear that spinach can boost your performance and assist in dealing with mild ED issues. This leafy green contains arginine, which is an amino acid that can improve blood circulation throughout your body. That means increased blood supply to the genital area, which facilitates achieving and maintaining an erection.

Have a Glass of Red Wine

Is there anything better than relaxing with a glass of red wine after a stressful day? Before we head into red wine benefits, let’s mention that consuming too much alcohol can and will impair both your sexual and overall health. However, if the consummation remains moderate, you may see some positives from red wine.

When we say moderate, we are thinking a glass or two. If you are a woman, this can promote both your sex drive and lubrication, which sounds like a good deal. The reason why it can boost your desire is resveratrol, an antioxidant that boosts circulation to your genitals. This can also be helpful for men who will also appreciate the magnesium found in red wine. This mineral can boost heart health and muscle building, as well as help to increase low testosterone in both active and sedentary males. [5]

Coffee Can Stir Things Up

If we are keeping things honest, coffee does not have the nutritional value of some other aphrodisiacs mentioned in this article. However, it can still improve your libido and the quality of sexual intercourse. Caffeine is considered to be a natural stimulant, which means that it can accelerate your metabolism and boost your energy. It may also enhance your mental alertness and keep you focused on sexual activity. These are not only sex benefits as improved physical and mental performance can come in handy for daily activities, too.

There are indications that caffeine can also boost female arousal. Even the reputable British media giant BBC published the results of a study in which female rats that have taken a cup of coffee returned to their mates for another session sooner than the others.

While you may like or dislike other foods from the list, chocolate is considered tasty by virtually everyone. Its most important ingredient is cocoa, which is rich in nutrients and antioxidants like polyphenols. They can help to promote brain activities, optimize blood pressure, and prevent oxidative stress. 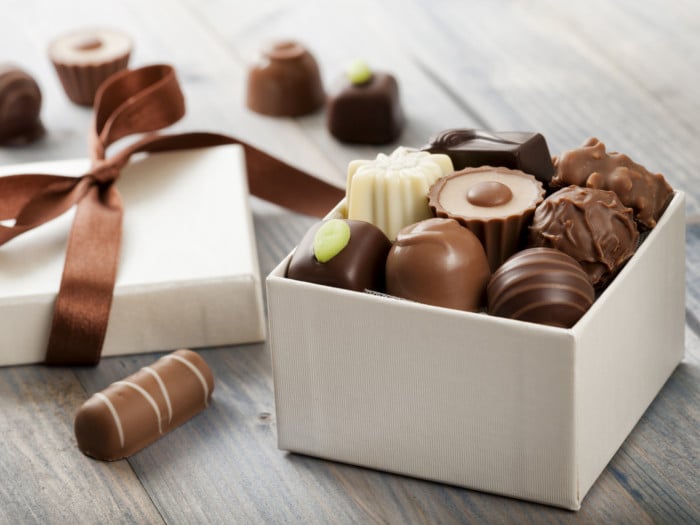 Chocolates are considered as a powerful aphrodisiac! Photo Credit: Shutterstock

If that is not an excuse good enough to eat chocolate, how about this – chocolate can have a positive biological and psychological impact on female sexuality. The researchers measured the function index of women’s sexuality and came to the conclusion that those that consumed chocolate had a boosted libido. We have good news for men, too – zinc can be a male fertility booster as it helps to improve the body’s testosterone levels. [6]

Spice It Up With Chili Peppers

If you are a fan of hot peppers and spicy food, we saved the best for last. Chili peppers contain capsaicin, which is a vital nutrient with a hefty amount of potential benefits. Some of them come thanks to working with potassium, copper, and vitamins A, B6, C, and K, which are also compounds of hot peppers. Capsaicin can potentially act as a pain reliever, which is why it is a part of many topical claims. It can even support weight loss by helping to boost your metabolism.

When it comes to sexual health, chili peppers can increase your libido thanks to boosting testosterone production. It is a familiar working process, but studies confirm that eating spicy foods may lead to an increase in levels of this hormone.

Although our list is concluded, you should know that there are other foods that can boost your sexual performance and health, too. In fact, food is often of the essential cures for pretty much anything. Including the compounds mentioned on this list in your nutrition can assist in increasing stamina, blood flow, erection in men, lubrication in women, and so on. We believe that all these items can be easily incorporated into your diet, so why not start doing that today?


Dwayne Austin is a freelance writer. He is curious about customizing health programs for men’s health and been researching on low testosterone, hernia, premature ejaculation, prostate health, gonorrhea, STDs and some of the best natural testosterone boosters in the market. Feel free to contact him on LinkedIn, Facebook, and Twitter.