What is Camel Milk

Camel milk has been the primary type of milk consumed by many Bedouin cultures for generations. Although it is not nearly as abundant as cow milk, it has a number of clear advantages over the latter. Camel milk is a more environment-friendly, as camels do not need the massive necessary for goats and cows, thereby leaving the world a bit greener and with less methane gas. [1]

For generations, it has primarily been used only for subsistence in those cultures, but given the undeniable health benefits of this milk as compared to more traditional forms of milk, there has been a major increase in camel milk farming. However, it is extremely expensive to harvest camel milk; approximately fifty times costlier than cow milk, which makes it considerably pricey.

It may be difficult to find a reliable supply of camel milk in your area, but at some specialty food markets, you are likely to find it. It is also available throughout the Middle East and Northern Africa. Camel milk gives us an ideal nutritive mixture, with far better benefits for our body than other common alternatives. It also includes far higher levels of iron and vitamin C, as well as less fat. [2] [3] [4] 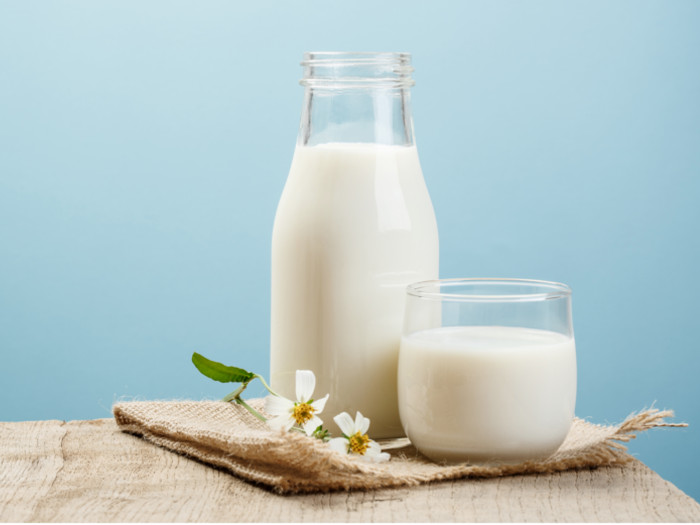 Camel milk is rich in many nutrients that are important for overall health. Photo Credit: Shutterstock

Let’s take a more detailed look at the health benefits of camel milk.

Camel milk has a wealth of nutrients, including lysozyme, lactoferrin, lactoperoxidase, immunoglobulin G and secretory immunoglobulin A. Consuming camel milk caused a significant reduction in insulin doses in type 1 diabetic patients, according to a report published in the European Journal of Clinical Nutrition. Also, a study published by the International Journal of Endocrinology and Metabolism shows that camel milk has favorable effects on diabetes mellitus by decreasing blood sugar levels, reducing insulin resistance, and also improving lipid profiles. [5] [6]

Research published in the Journal of Dairy Research reveals that there is a surprisingly high level of proteins and other organic compounds in camel milk, some of which have powerful antimicrobial abilities. This is one of the reasons why consuming camel milk helps boost immunity in the body. [7] [8]

The high concentration of unique organic compounds has been known to have particularly powerful effects on the neurological system and can help in managing certain cow’s milk allergies. A randomized study conducted in Saudi Arabia with 65 autistic children who included camel milk in their daily diet showed promising results; camel’s milk may help decrease oxidative stress and improve autistic behavior. However, further research is required to verify the therapeutic potential of this milk for autism. [9] [10]

The higher level of certain amino acids (methionine, valine, phenylalanine, arginine, and leucine) found in camel milk as compared with cow’s milk, can help stimulate proper growth and development, for example, according to the US National Library of Medicine website, the amino acid phenylalanine “plays a key role in the biosynthesis of other amino acids and is improtant in the sturcutre and function of many proteins and enzymes.” Protein is one of the most basic building blocks of the body, and this milk has a high content of it. In fact, in many cultures, it is given to malnourished infants and children as it can improve their health dramatically. This milk was also first used as a way to prolong journeys through the desert when access to food and fluids were limited. [11] [12]

The high iron content found in camel milk makes it ideal for preventing anemia. Iron is a crucial component of red blood cells, which means it is crucial for oxygen transport, DNA synthesis and more. Following childbirth, injury, or a period of malnutrition, camel milk can significantly help maintain health. [13]

Camel milk has been connected to reducing allergic reactions in those who regularly consume it. Furthermore, a study published in 2011 in Allergy and Asthma Proceedings showed that certain people (80% of those enrolled in the study) with cow’s milk allergy (a reaction to the proteins in cow’s milk) were able to safely consume camel’s milk without any adverse reactions. [14]

According to a 2018 study published in the Allergy and Asthma Proceedings, camel’s milk is a safe and therapeutic drink. Camel’s milk allergy is extremely rare, so it may be a good alternative for people who are allergic to cow or goat milk. [16]

Rate this article
Average rating 3.9 out of 5.0 based on 989 user(s).
Read This Next:
Popular Articles