8 Amazing Benefits of a Gluten-Free Diet

Going gluten-free is an important dietary choice for many people, and can provide many health benefits, such as reduced inflammation, a smoother digestive process, boosted energy, clear skin, protection of the hair, and regulated hormones, among others.

The term gluten-free has become a bit of a buzzword in recent years and is even considered a fashionable diet, but there are a lot of misconceptions that should be understood before you leap into the world of going gluten-free.

To begin with, gluten is a type of protein that is found in wheat, rye, and barley. However, due to its usefulness as a binding agent and its relatively low cost, you can find gluten in many surprising places, including pickles, sushi, curry powder, hot dogs, and licorice. Pick up a random package of food at the grocery store, and there is a good chance that it will contain gluten. Obviously, completely eliminate gluten from your diet is, therefore, a challenge, although, in the past decade, gluten-free options have increased exponentially.

Now, the gluten-free diet has come into the spotlight due to greater awareness and diagnosis of Celiac disease around the country (and world), and the realization that not all chronic stomach concerns can be quickly labeled as IBS (irritable bowel syndrome). Celiac disease, by definition, is a genetic autoimmune disorder. When a person with Celiac disease consumes gluten, the body identifies the protein as a foreign or dangerous substance, resulting in an immune response in the small intestine. [1] 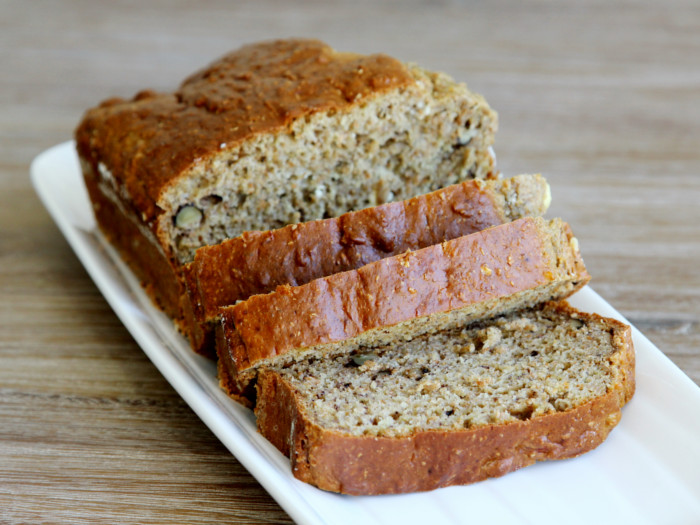 This immune response can do serious damage to the small villi found in the small intestines that are essential for the digestion of food and absorption of nutrients. Furthermore, the immune response causes vomiting, nausea, fatigue, bloating, weight loss, ADHD, irritability, skin irritation and rashes, delayed growth, joint pain, depression, and dozens of other symptoms. [2]

What complicates this even further is that many people don’t show definite or severe symptoms of the disease, but their small intestine is still being damaged, sometimes for years. It might only manifest in small ways, such as chronic fatigue or eczema, but it won’t become a more obvious health concern for years or even decades. However, the damage is still being done. After taking gluten out of your diet, the symptoms can often clear up in a matter of weeks, but the damage to your digestive system can take years to fully heal.

With the massive boom in the gluten-free food industry, initially driven by people who need to eliminate gluten, this style of eating has also become “trendy” and “popular”, causing many people to try out the diet, believing that it can be a healthier choice, like cutting out carbs. However, the nutrients found in wheat, rye, and barley are incredibly important to human health. Whole grains can help with everything from heart health and diabetes to obesity and cancer. Gluten itself is linked to strengthening immune function, and ensuring that the balance of intestinal flora is maintained. People with gluten sensitivity are actually encouraged by doctors to “try out” gluten again once a year to see if the sensitivity has diminished, due to the benefits that whole grains have on the body. [4] [5] [6]

In other words, if you aren’t in the roughly 2% of the population who may suffer from Celiac disease, a wheat allergy, or gluten sensitivity, eliminating gluten from the diet can have a negative effect on your diet. Furthermore, if you cut back on your gluten for “trendy” reasons, but actually do have Celiac disease, it will be much harder to diagnose. The small amount of gluten you do consume will continue to damage the intestines over time, even if you aren’t seeing other serious symptoms.

With that being said, for those with Celiac disease, wheat allergy or gluten sensitivity, there are plenty of health benefits to going gluten-free!

The health benefits of a gluten-free diet include better digestive efficiency,

By eliminating gluten, you can prevent the immune response from inflaming the tissues of the small intestine, which can quickly eliminate the most immediate symptoms of celiac disease, such as vomiting or diarrhea. This inflammation will also mean less cramping and bloating. [7]

The small intestine is a critical part of human health, as we absorb many critical nutrients in this part of the digestive tract. Cutting out gluten will protect the villi, ensuring that they can absorb all the nutrients that are available in our diets. [8]

Chronic fatigue is one of the most common complaints of people suffering from gluten intolerance or Celiac, so cutting out the gluten can give you an energetic burst. The gut is key to overall health, so ensuring it is in good shape has effects in many other areas. [9]

Rashes, psoriasis, and eczema are seen in higher frequencies in people undiagnosed with Celiac disease, so if you cut out gluten under this condition, you can enjoy clear skin that doesn’t itch or become discolored when you eat certain foods! [10]

One of the long-term effects of gluten attacking the body’s small intestine is nutrient deficiencies. The body will protect its vital functions, but things like hair growth and health are often secondary, and premature hair loss is common in undiagnosed Celiac patients. Keep your luscious locks in place by getting rid of gluten. [11]

More than 50% of immune function in our body occurs in the gut, and when there is chaos in the small intestine, the flora balance of bacteria is severely compromised. This can weaken the overall immune system and lead to chronic disease, so getting rid of the gluten is a good idea. [12]

High anxiety and depression levels are commonly noted in gluten- and wheat-intolerant patients, so if you want to get a good night’s sleep and decrease irritability, cutting out or completely eliminating gluten could be the solution you’re looking for. [13]

Women suffering from Celiac or gluten sensitivity often experience menstrual irregularity, often missing periods or having them be quite severe. By going gluten-free, the immune system can behave properly and avoid unbalancing the hormone levels, providing important relief to many women. [14]

Final Word of Warning: If you believe that you have Celiac disease, are gluten-sensitive, or have a wheat allergy, speak to your doctor or allergist and get tested, rather than simply jumping on the bandwagon and cutting out some, most or all of the gluten in your diet. For those people without those three conditions, going gluten-free is not only unnecessary but potentially dangerous to your health!

Rate this article
Average rating 3.9 out of 5.0 based on 41 user(s).
Read This Next:
Popular Articles