Home remedies for appendicitis include green gram, vegetables, whole wheat, ginger, dandelion, fenugreek, and turmeric. Appendicitis refers to abnormal inflammation in the appendix, which is a segment of the large intestine in the human body.

Most times, the treatment of appendicitis is based on removing the inflamed appendix by the means of laparoscopy. Overall, it is often called an acute medical emergency. It needs to be treated within time because, in case of negligence, it often bursts and can cause serious infections, which could even lead to death. [1]

Here is the list of these remedies, which are practiced by people across the globe to get rid of this situation:

One of the most useful home remedies for treating appendicitis is in the form of green grams. You are advised to consume one tablespoon of this at least 3 times a day to see improvement in the disorder.

The juices extracted from a number of vegetables like beets and cucumbers serve as excellent remedies for appendicitis. Also, carrot juice is included in the list of home-based treatments for curing this problem. You may also consume all these juices in a mixed proportion. [2] 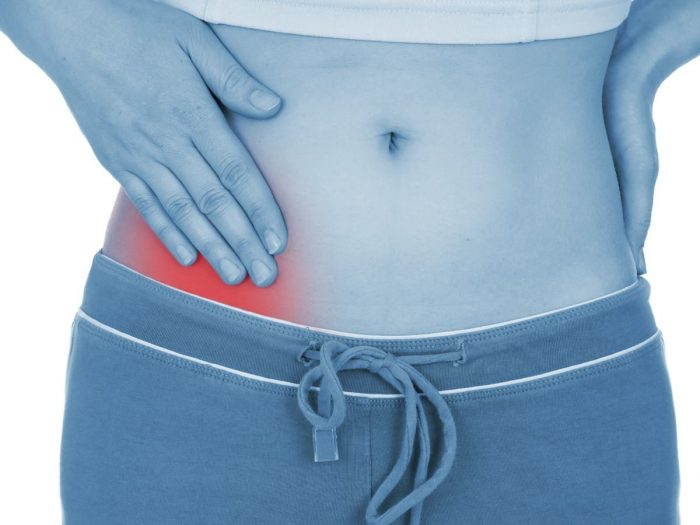 Appendicitis is an inflammation of the appendix. Photo Credit: Shutterstock

There is no better replacement for whole wheat, as far as home-based treatments for appendicitis are concerned. The sterilized bran from wheat may be mixed with wheat flour and the mixture may be consumed in the form of chapattis.

A patient suffering from appendicitis must avoid the existence of constipation, as it may lead to further inflammation of the appendix. Thus, take all measures to avoid constipation in the body as possible.

This is the Chinese herbal treatment for appendicitis, lending a helping hand in healing the wounds and repairing the tissues. However, people suffering from hypertension must not consume this herbal medicine. [3]

One herbal product with powerful antioxidant qualities is the dandelion, which helps in the treatment of appendicitis.

The herb called agrimony is quite effective in the treatment of appendicitis. It must be consumed in the form of tea at regular intervals of two to three hours.

Apart from treating a number of disorders, buttermilk may also be consumed to treat appendicitis on a regular basis. The patient must be given at least 1 liter of buttermilk every day.

You may prepare tea using one spoon of fenugreek seeds in cold water and allow them to simmer for a few minutes. It must be given to the patient after letting it cool down and must be consumed on a regular basis.

The mixture of turmeric and ginger can be consumed to reduce pain as well as inflammation caused by appendicitis. This is an effective and easy way to relieve the pain and symptoms of appendicitis.

You may consume a decoction of basil to treat appendicitis, especially if you have fever accompanying it.

2-3 drops of mint mixed with one glass of hot water should be consumed in order to relieve the human body from appendicitis. Nevertheless, it’s necessary to get diagnosed, in case a patient thinks that they are suffering from appendicitis. Prompt treatment helps in reducing further complications and eliminating the chance of the appendix bursting.

Where is your appendix?

Your appendix is located on the lower right-hand side of your abdomen and is a thin tube that is found near the small and large intestines. It is a ‘vestigial’ organ or one that has no known function in the human body, although it most likely served some purpose in the bodies of our biological predecessors.

Appendicitis is a potentially life-threatening acute health condition, usually caused by a blockage in the appendix (a small fleshy structure connected to your colon). It usually occurs when matter from the colon obstructs the appendix, causing infection. A ruptured appendix is potentially life-threatening because this allows the infection to spread throughout the abdomen (peritonitis).

What side is the appendix on?

The appendix, a ‘finger-like’ structure attached near the meeting of the small and large intestine, is found on the lower-right side of your abdomen. However, appendix-related pain may not initially be located here; instead, it may originate near your navel, and move toward the lower-right abdomen within a few hours.

Where is appendix pain felt?

It may begin as dull pain coming from near your navel. Within a few hours, pain may tend to move toward the lower-right hand side of the abdomen, and become constant and more severe. If you notice this type of pain, fever, and digestive upset, it’s important to see your doctor as soon as possible.

What are the symptoms of appendicitis?

Initially, a dull pain near your navel may become more severe, and move toward the lower-right side of your abdomen. Additionally, you may have a fever and feel nauseous. An appendix can rupture within 24 to 72 hours of symptoms beginning, so immediate medical attention is necessary. Symptoms may be slightly different in pregnant women and children.

How do you get appendicitis?

Appendicitis is caused by a blockage of the appendix, which leads to infection. Blockage can be caused by a build-up of matter from the intestine (such as stool or parasites). Once this infection occurs, the condition can be life-threatening; if the appendix bursts, the infection can spread throughout the abdomen.

Rate this article
Average rating 3.8 out of 5.0 based on 217 user(s).
Read This Next:
Popular Articles