You may have seen kosher salt or kosher-certified bread in your supermarket aisle and wondered what does kosher mean. It, broadly, refers to foods that are allowed to be eaten by Jewish religious laws, but it is not just Jewish people who are the buyers of kosher-certified goods.

The global market for kosher food has been growing at a fast pace in the past few years as people are becoming more health-conscious. Vegans, vegetarians, and people suffering from food allergies are also buying kosher-certified food as it guarantees no cross-contamination and gives detailed information on ingredients. So let us find out what are kosher foods and what kosher-certified actually means. [1]

What Does Kosher Mean?

Kosher is a term used to describe food that is cooked, eaten, or sold in accordance with the requirements of Jewish religious dietary law. It is derived from the word “kashrut” or “Kasher”, which essentially means ‘fit for consumption’. According to Jewish dietary laws, certain animal products are considered impure for human consumption. The laws also have strict guidelines about combining meat and dairy. [2] 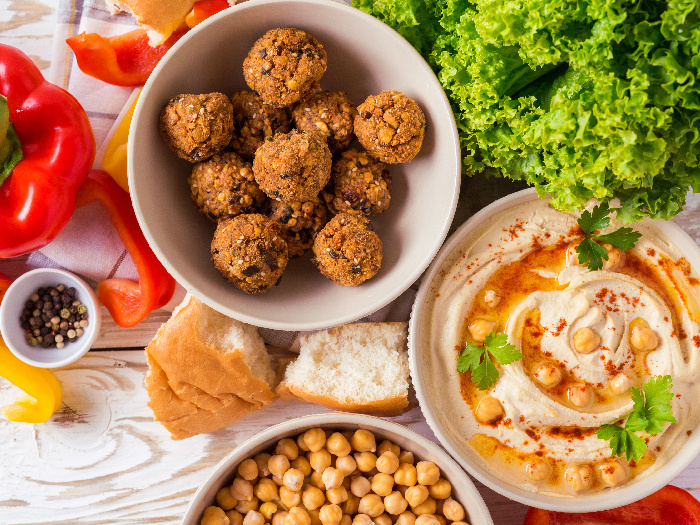 Kosher diet rules address how the meat and poultry should be cleaned and also talks about the food combinations that are allowed. Also, this type of food needs to be prepared with kosher utensils and equipment, under strict supervision to avoid any cross-contamination. Let us look, in detail, at the kosher diet rules for each of the following categories.

Meat and meat products like bones, soup, and gravy, are called fleishig (Yiddish) and are considered kosher if they are sourced from a kosher animal. Additionally, the animals have to be slaughtered and cleaned according to the Jewish rules of kashrut.  [3]

The term ‘kosher meat’ refers to meat from cattle or game that have “cloven hooves” and “chew the cud”, according to Jewish religious laws. Bulls, cows, lamb, goats, and veal are considered kosher but pigs are not considered as while they have split hooves, they do not graze on grass. Similarly, camel, rabbit, and kangaroos are non-kosher. Furthermore, meat from the hindquarters of an animal is non-kosher; so cuts of beef like sirloin and flank are not allowed.

Birds that are traditionally considered kosher include chicken, turkey, goose, and duck. Usually, birds that scavenge such as eagles, owls, and storks are forbidden for consumption. [4]

Eggs from kosher birds, which do not have blood spots in them, are considered kosher.

Fish is considered kosher only if they do have fins or scales on them, such as tuna, salmon, and halibut. Lobsters, shrimp, mussels, oysters, crabs, and other kinds of shellfish are not allowed. Also, fish oil and other derivatives need to be kosher-certified.

Kosher dairy products include all milk and milk products, such as butter, yogurt, and cheese, from a kosher animal. All kinds of cheese – hard, aged, soft, and cream cheese – are kosher.

Even if the product contains a small amount of dairy, it is considered a dairy product. As meat and dairy cannot be combined, it is important to read labels or look for kosher certification. For example, yogurt that contains animal-based gelatin, may not be kosher unless certified kosher. [5]

All produce that grows in soil, trees, or bushes is considered kosher. It can also be categorized as “pareve”, a term that means the product does not have any meat or egg in it. A vegetable such as cauliflower, which can be easily infested, must be thoroughly checked as insects, larvae, or animals that have many legs are considered non-kosher.

There are strict rules about the types of grapes, the wine-making process, and the equipment used to make kosher wine. It is best to opt for kosher-certified wine as it is made under strict supervision.

During the religious holiday of Passover, all leavened grains or bread are strictly forbidden. This mainly includes wheat, rye, oats, barley, and spelt. Matzo, an unleavened bread made from wheat, is allowed.