4 Side Effects of Maltodextrin That You Should Know

People around the world use maltodextrin for a variety of reasons, but before you tap into the benefits of this supplement, you should also know some of the potential risks.

Maltodextrin is an artificial sugar that is often used as an additive or thickening agent in various foods. When isolated from starchy foods (such as corn or wheat) through an enzymatic process, the resulting white powder can be used in numerous ways. Since some maltodextrin is derived from wheat (primarily in Europe), this additive is not technically gluten-free, but most nutritionists agree that side effects are highly unlikely, since the amount of residual gluten would be extremely minimal. [1] 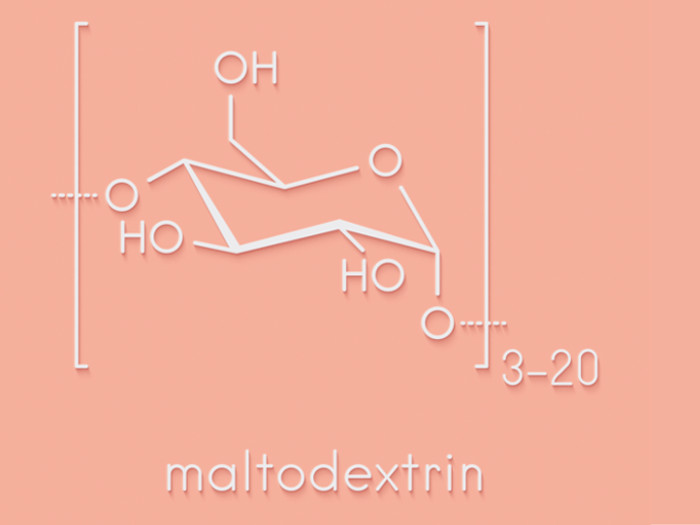 Maltodextrin is a polysaccharide that is used primarily in foods & beverages. Photo Credit: Shutterstock

Maltodextrin is safe to eat and is commonly found in many foods, such as the following:

In terms of nutrition, maltodextrin has approximately 4 calories per gram, so it should be consumed in moderation. Furthermore, there are two different types, one that can be absorbed and metabolized by the body, and another that is resistant to digestion. Both of these forms are recommended for health purposes, as they can achieve different effects within the body. Generally speaking, there is no danger of consuming this additive in your food, and it can help to aid digestion and control your blood sugar, among others. [2]

Unfortunately, there are quite a few side effects reported when using these supplements, such as high blood sugar, allergic reactions, and gastrointestinal reactions, among others. Be sure to speak with your doctor before adding these to your health regimen, particularly if you are pregnant, have diabetes, or suffer from gastrointestinal disorders.

Studies have found that in some cases, these supplements can suppress the growth of good bacteria in the gut, while promoting unhealthy bacteria and pathogens at the same time, such as Salmonella. [3]

As it is a polysaccharide, the use of maltodextrin can cause a spike in your blood sugar. For people with diabetes or who are at risk of developing this condition, this could be very dangerous. [4]

Allergic reactions to this supplement have been reported, and they can range from topical rashes and inflammation to gastrointestinal upset, nausea, vomiting, and diarrhea. Furthermore, this substance is often derived from wheat, and while most maltodextrin is considered gluten-free, there may still be negative effects. [5]

Many people avoid GMO food products, and some maltodextrin is sourced from GMO corn.

Due to the risks outlined above, many people seek out healthier, alternative or substitute sweeteners and additives, such as the following:

These sweet substances can closely mimic the function or flavor of maltodextrin in various baked goods and other culinary preparations. Many of these substitutes also provide some nutritional value, which maltodextrin fails to do. While some of these substitutes may be less available, all of them provide a healthy alternative to this potentially dangerous supplement.

Rate this article
Average rating 3.5 out of 5.0 based on 2 user(s).
Read This Next:
Popular Articles