Knowing the best options for monkfish substitutes will help you complete recipes that call for this sometimes hard-to-find fish. This fish, native to the Atlantic Ocean and the Mediterranean Sea, is also known as the goosefish or anglerfish. Monkfish are members of the scientific genus Lophius, which includes several different species from various regions. Sometimes given the nickname “poor man’s lobster”, this fish has a similar mild flavor and dense texture to lobster. Usually, only the flesh from the tail of the monkfish is eaten, although in some areas the liver is also used. [1]

Finding monkfish substitutes is quite simple, considering the taste profiles that it shares with a number of other more readily available forms of seafood. While monkfish is popular in France and other European countries, it is less well-known in the United States and other regions of the world. It can be especially hard to find away from the Atlantic or Mediterranean coasts. Also, the methods with which monkfish are caught can be environmentally problematic. Therefore, it’s always a good idea to know what works as a good monkfish replacement. 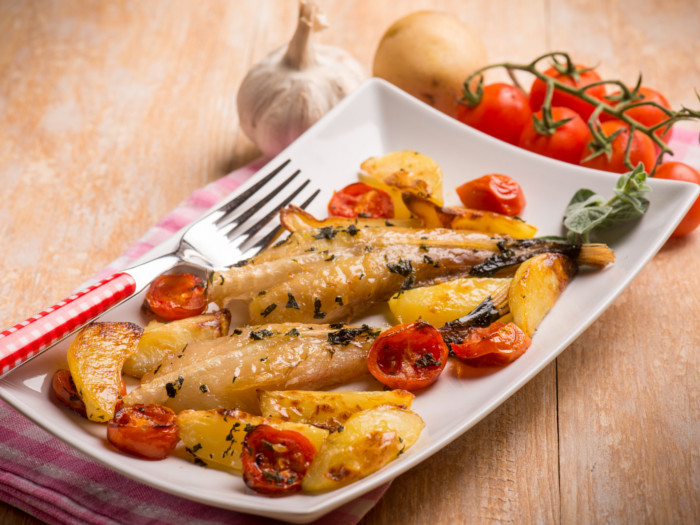 A simple supper with fish and veggies. Photo Credit: Shutterstock

This white fish is commonly carried fresh or frozen at most supermarkets, and while not as dense as monkfish, it makes a good substitute given its mild flavor. Avoid using Pacific cod, as that species is too flaky in texture. [2]

Another widely known and eaten fish, halibut has a density similar to monkfish, as well as a comparable mild taste. This white fish is less oily, so adding a bit of olive oil to a dish with this replacement will more closely replicate the original recipe.

Given that monkfish is known to be a cheaper replacement for lobster, making the opposite switch works very well. Of course, lobster is more expensive than monkfish, but it provides far more bang for the buck since far more of the lobster’s flesh is eaten, rather than just the monkfish tail. [3] 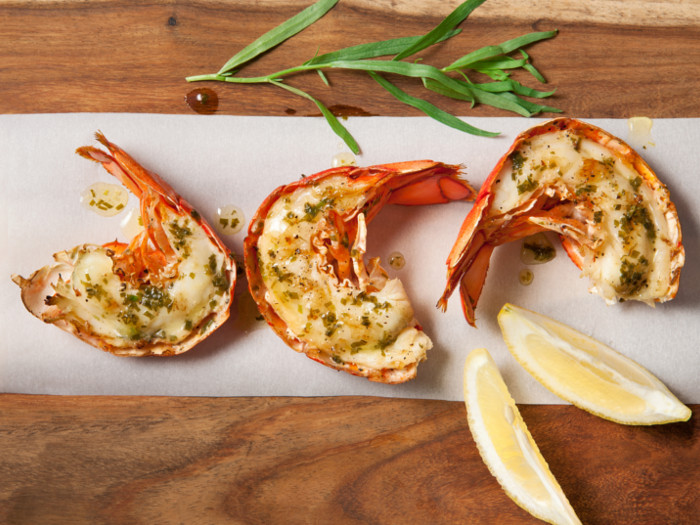 With a similar texture to monkfish, as well as a sweet mild flavor, this shellfish is a great monkfish substitute. Sea scallops are preferable, although bay scallops will work.

If a vegan or vegetarian substitute is called for, use an extra firm type of tofu. The flavor will be different, but the texture and density are similar to monkfish and it will pick up the flavors of the rest of the dish quite nicely.

Rate this article
Average rating 3.8 out of 5.0 based on 5 user(s).
Read This Next:
Popular Articles