Going on an oatmeal diet is praised for its weight-loss results, but understanding the details and potential risks is important before you begin.

What is the Oatmeal Diet?

The oatmeal diet is a calorie restriction diet that consists of eating oatmeal primarily or exclusively for varying lengths of time. Oatmeal has long been a popular breakfast option, and the consumption of oats for sustenance dates back thousands of years. This diet is usually broken into two phases; the first lasts for one week where you consume only oatmeal for 7 days, roughly 1.5 cups of oatmeal and 1.5 cups of skim milk each day, resulting in total calorie intake between 900 and 1100 calories. The second phase lasts for a month or more, in which you eat oatmeal or an oatmeal product for one or two meals each day, along with a healthy third meal. [1] 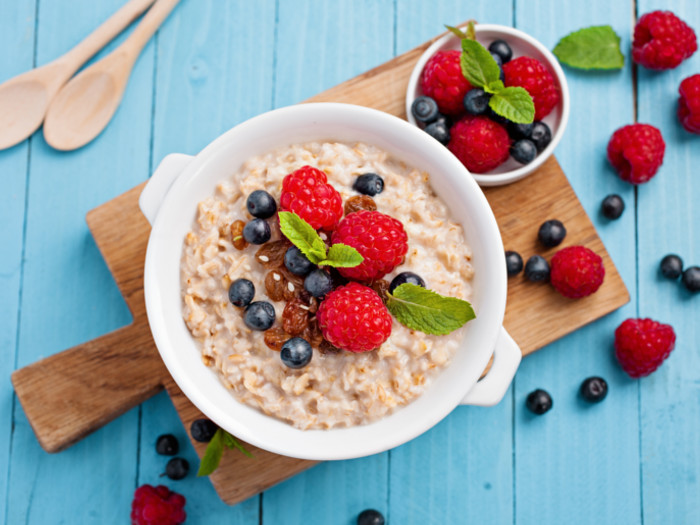 Top your creamy oatmeal with berries for a dose of antioxidants. Photo Credit: Shutterstock

The most common reason for people to pursue this type of limited diet is to lose weight, but there are also other benefits of cutting back on calories and refined foods for weeks or months. While most experts agree that this diet is safe, when done properly, there can be some unwanted side effects, particularly if you become deficient in certain nutrients, or fail to consume enough calories to keep your basic processes running. [2]

Some people prefer to go on a more rapid oatmeal diet, which is when phase one is skipped. Therefore, people will eat oatmeal for 1-2 meals each day, and do their best to avoid highly processed, high-sugar or high-cholesterol foods for the third meal.

Benefits of the Oatmeal Diet

The primary benefits of the oatmeal diet include the following:

By reducing calories so significantly, you create a calorie deficit, which can result in steady weight loss over time. [3]

Since naked oats have fewer calories, they provide more health benefits to people with diabetes. As per a study in the Experimental and Clinical Endocrinology & Diabetes journal, daily consumption of an oatmeal diet for two days saw a significant reduction of insulin doses while maintaining sufficient metabolic control in people with diabetes. [5]

1 cup of rolled oats can have up to 6 grams of protein; when these break down into amino acids, they represent the building blocks of all tissues and cells, as well as muscles.

Oatmeal delivers certain essential minerals, including calcium and iron, which are important elements in boosting the bone mineral density and preventing osteoporosis.

The most notable side effects or potential risks of this diet include:

When you lose too much weight too quickly, by cutting out large amounts of calories, it can cause metabolic problems and nutrient deficiency. Too much fiber from the oatmeal can also cause blockage in the gut and the release of excess phytic acid, which can negatively affect nutrient absorption in the gut.