While many people recognize the flavor of peppermint, there are also a number of health benefits associated with this plant.

Peppermint scientifically known as Mentha x Piperitais is a type of hybrid mint, bred through a combination of spearmint and watermint. It has a spicy refreshing flavor that makes it a popular ingredient in many different foods, candies, and desserts, among others. The leaves of this plant are the primary parts that are used, due to the presence of the essential oil, which contains high levels of menthone, menthol, limonene, and various other acids, compounds, and antioxidants. While many people use the terms mint and peppermint interchangeably, mint may refer to different types of mint, whereas the latter is a specific variety.

The plant is native to Europe and the Middle East and is now considered invasive species in many other parts of the world, including United States, Australia, New Zealand, and the Galapagos Islands, among others. These aromatic plants prefer to grow in moist and damp areas and grows by putting out runners, rather than reproducing via seed dispersal. 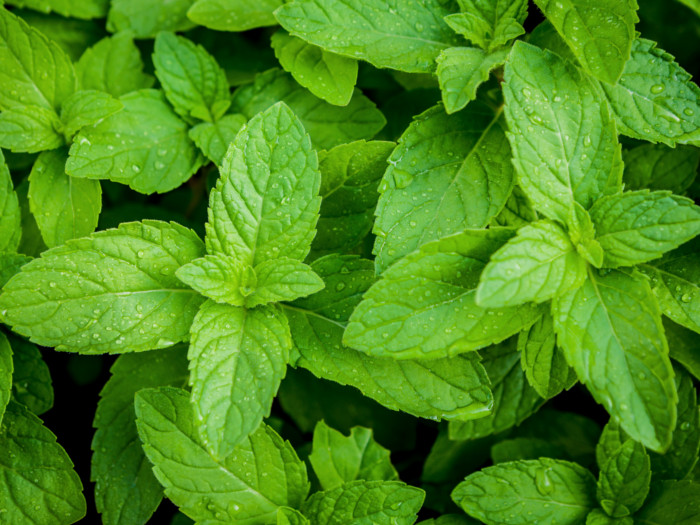 You can add fresh peppermint leaves to green salads, smoothies, and even water. Photo Credit: Shutterstock

There is a wide range of health effects associated with peppermint including its ability to relieve hay fever symptoms, prevent nausea, vomiting, and improve memory and cognitive performance, among many others.

Peppermint has a number of uses both medicinal and culinary, including being used as the following:

Different parts of this plant, including seeds and leaves, are used differently.

Although there are many positive effects of peppermint, there are also a number of negative side effects associated.

A combination of garlic and honey is one of the classic herbal remedies that has been used for many years for everything from curing colds and coughs, to aiding weight loss.

The Most Common Coconut Oil FAQs

Coconut oil is an indispensable part of our lives. Many people consume it, use it in cooking, & skincare. In this article, we have covered the most popular coconut oil faqs.

What is Guava Paste: Uses & Recipe

Also known as goiabada in Portuguese and pasta de guayaba in Spanish, Guava paste is a popular dessert ingredient in most of Latin America. Learn how to make and use it.

Is Cow Parsley Safe To Eat

Cow parsley is an edible plant. But, there are some factors that you must be aware of. Learn more about harvesting and foraging for the plant and why you should be careful.