Using sage substitutes may be necessary when you run short of ingredients, but fortunately, there are plenty of options to choose from.

Sage (Salvia officinalis) is a member of Mint family that grows on a small shrub native to the Mediterranean region. It has a number of active ingredients and volatile oils that not only provide a wealth of health benefits, but also a rich and aromatic flavor that makes the herb so popular. It has a long history of being used in both medicinal and culinary applications. [1]

You may need a sage substitute if you have run out of fresh sage, or if you have an allergy to sage or closely related herbs in the mint family. 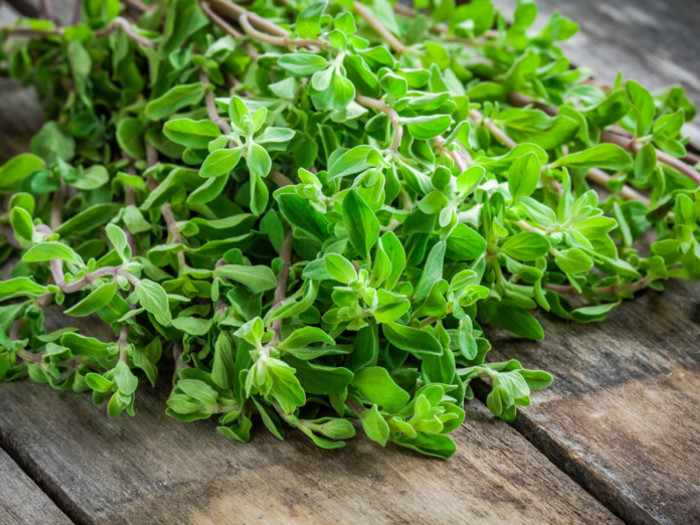 Marjoram can be found fresh or dried and is commonly used in salad dressings. Photo Credit: Shutterstock

The best sage substitutes include marjoram, savory, poultry seasoning, rosemary, and thyme, among others.

Although not the most common herb in everyone’s spice rack, savory does an excellent job of mimicking the warm, earthy flavor of sage. It is particularly popular when used in meat-based recipes, such as chili or stew, as well as in the preparation of sausage. There are two types of savory – summer and winter – but use the former when replacing sage, as the latter can be slightly bitter. [2]

Sage and rosemary are often included in the same recipes, such as when preparing a turkey for Thanksgiving dinner. Rosemary is best known for its powerful flavor, so only a small amount should be used – about one-third the amount of sage that the recipe calls for. [3]

Also in the mint family is thyme, which is commonly used in meat and vegetable dishes, as well as in pasta sauces. When replacing sage with thyme, you can use equal amounts, as their potency is similar. [4]

Many different pre-mixes, such as poultry seasoning, will contain sage in balanced amounts, as well as other tasty ingredients, so a packet of this can often be used in place of sage. 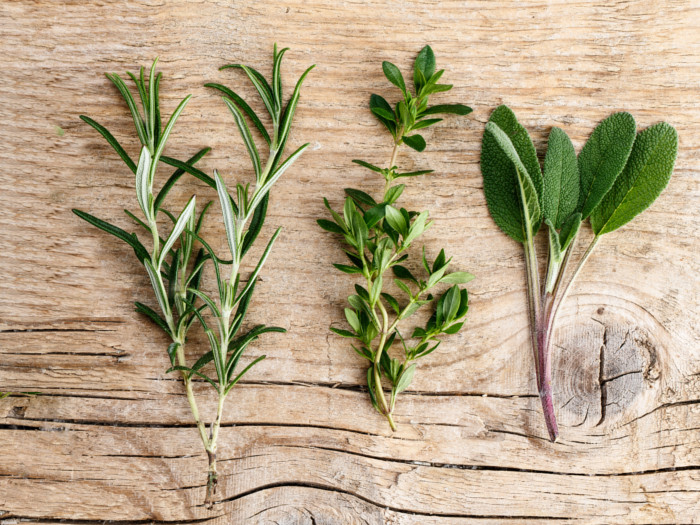 There are many different substitutes of sage, including thyme, marjoram, rosemary and more. Photo Credit: Shutterstock

Arguably the best sage substitute is marjoram, as the flavor profiles are very similar, and it can be found in both fresh and dried varieties. Always add marjoram near the end of a recipe, however, its flavor doesn’t hold up as well as the sage when cooked for extended periods. [5]