Stevia leaf extract is a concentrated extract taken from the leaves of the stevia plant, which has the go-ahead by federal regulatory agencies.

What is Stevia Leaf Extract?

Stevia, scientifically known as Stevia rebaudiana, is a sweet-tasting plant with over 150 species growing in North and South America. Commonly used as an alternative sweetener to table sugar, its primary chemical components are stevioside and rebaudioside A. Stevia leaf extract is a more concentrated form of stevia, featuring rebaudioside A, also known as rebiana. Estimated to be 300-400 times sweeter than regular table sugar, this variation on stevia has received FDA approval. You will find this extract in many different beverages and sweetened products, as well as some candies and desserts. [1]

Is Stevia Leaf Extract Good For You?

There are a number of purported benefits of stevia leaf extract, including the following:

Stevia is highly praised because of its low caloric count, significantly less than common sucrose; in fact, most people consider stevia to be a “zero-calorie” additive since it has such a minimal amount of carbohydrates. The USFDA has given the nod to high-purity steviol glycosides to be marketed and added to food products in the US. They are usually found in cookies, candies, chewing gum, and beverages, among others. However, stevia leaf and crude stevia extracts do not have the FDA approval for use in food, as on March 2018. [4]

In a 2010 study, published in the Appetite journal, researchers tested the effects of stevia, sucrose, and aspartame on volunteers before meals. Blood samples were taken before and 20 minutes after the meals. The people who had stevia saw a significant reduction in the postprandial glucose levels compared to the people who had sucrose. They also saw a postprandial insulin level dip as compared to those who had aspartame and sucrose. Furthermore, a 2018 study found that participants who ate stevia-sweetened coconut jelly saw a blood glucose decline after 1-2 hours. The postprandial blood glucose levels decreased without inducing insulin secretion. [5] [6]

Cutting back on sugars has also been linked to better weight control and a drop in obesity. The damage that an excess of sugar can have on the body is well known, and it is linked with greater susceptibility to allergies and an increased risk of chronic disease. [7] 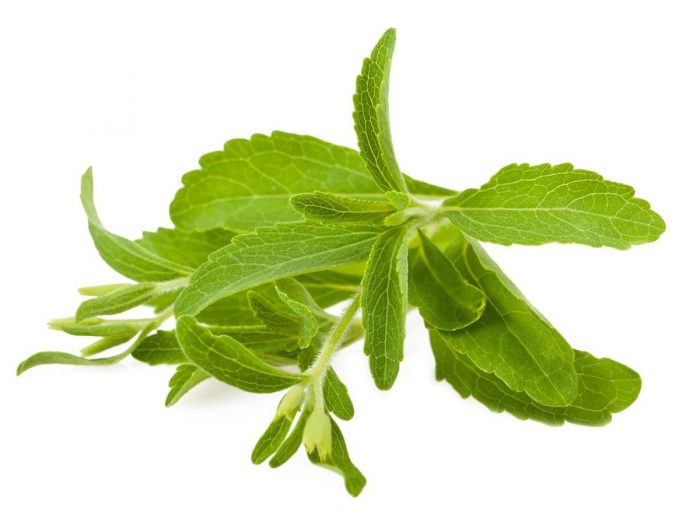 Despite the obvious benefits of reducing your sugar intake, there are some concerns when it comes to using stevia leaf extract. The main problem is that stevia leaf extract and its related products are often hailed as being completely natural, which is appealing for those looking for an organic option as a sweetener. However, it cannot be ignored that the rebiana compound from the stevia plant is extracted through a chemical process. While there has been no conclusive evidence that stevia leaf extract is harmful, there are some who argue for more research to be done. Generally speaking, anecdotal evidence is strongly in support of the effects and value of this extract. [8]

As with almost anything we put in our bodies, there are some potential side effects reported when people use stevia leaf extract.

It is possible to have an allergy to this plant, in which case you should avoid using it in any way. However, even those without a diagnosed allergy may experience bloating or gastrointestinal upset if they use a significant amount of stevia on a regular basis. This reaction is often due to the presence of sugar alcohols that are commonly mixed with stevia, particularly erythritol, xylitol or sorbitol. [9]

As a whole, when this extract is consumed in moderation and comes from a reliable, high-quality source, the risk of side effects is negligible.

Rate this article
Average rating 4.2 out of 5.0 based on 10 user(s).
Read This Next:
Popular Articles