Fish is becoming an increasingly popular part of the daily diet of people around the world. Swai fish has emerged as an inexpensive and readily available option. However, before you start adding this fish to your diet, it is important to know where it comes from and some of the potential risks posed by it.

What is Swai Fish?

Swai fish is the common name of the iridescent shark, a type of catfish that is native to Southeast Asia. Bearing the scientific name Pangasianodon hypophthalmus, this fish is widely cultivated in that region of the world. It is not native to the United States and is imported for commercial use. Swai is a white-flesh fish, with a flaky texture that makes it ideal for broiling, grilling or frying. The flavor is also quite mild, which makes it a popular option for those who don’t want their fish to taste too briny. [1]

In the United States and elsewhere, it is often marketed as a river-farmed catfish. However, the name can be misleading. Much of the fish that is exported to other countries is bred in fish farms in Vietnam and other areas of Southeast Asia, with low levels of regulation and health standards, which is why most experts do not recommend eating swai fish.

Is it Safe to Eat Swai Fish?

Although factory-farmed fish are not inherently unhealthy, swai fish has developed a particularly negative reputation for its quality, which is considered below standard. Numerous health organizations around the world have criticized the water quality of Vietnamese fish farms, as these were found filled with bacteria and other chemical pollutants. There are many reports of the fish being contaminated with trace minerals and heavy metals, largely due to the conditions in which they were raised. [2] 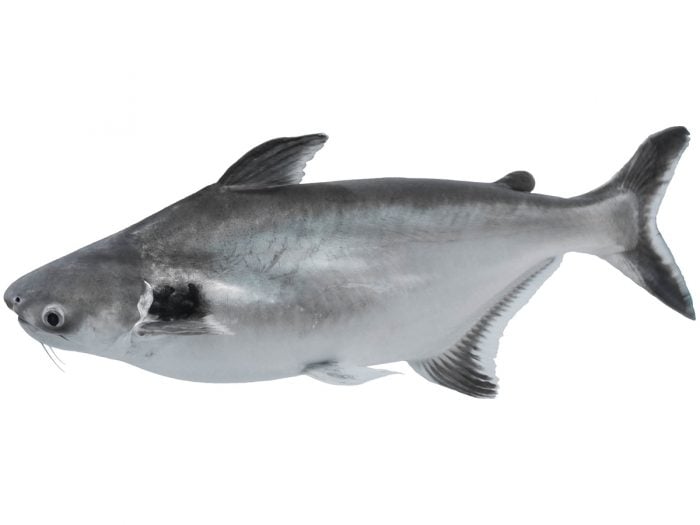 A swai fish, not in water Photo Credit: Shutterstock

Even more troubling are reports of the feed that is given to these fish as they are farmed and exported to restaurants around the world. Like many catfish, swai fish are not picky about the food they eat and are often labeled as bottom-feeders. As such, these fish in Vietnamese fish farms are occasionally fed food waste and other garbage from local restaurants and from the fish farms themselves, which greatly increases the chances of toxins being introduced into the flesh of the fish. With the lack of regulation and a track record for being unhealthy or contaminated, swai fish should be avoided, despite the low price. There are plenty of other white-flesh fish and pescetarian options that are better for your overall health. [3]

The most popular white fish, catfish and river-farmed fish options available for those who want an alternative to swai are:

Rate this article
Average rating 4.0 out of 5.0 based on 551 user(s).
Read This Next:
Popular Articles